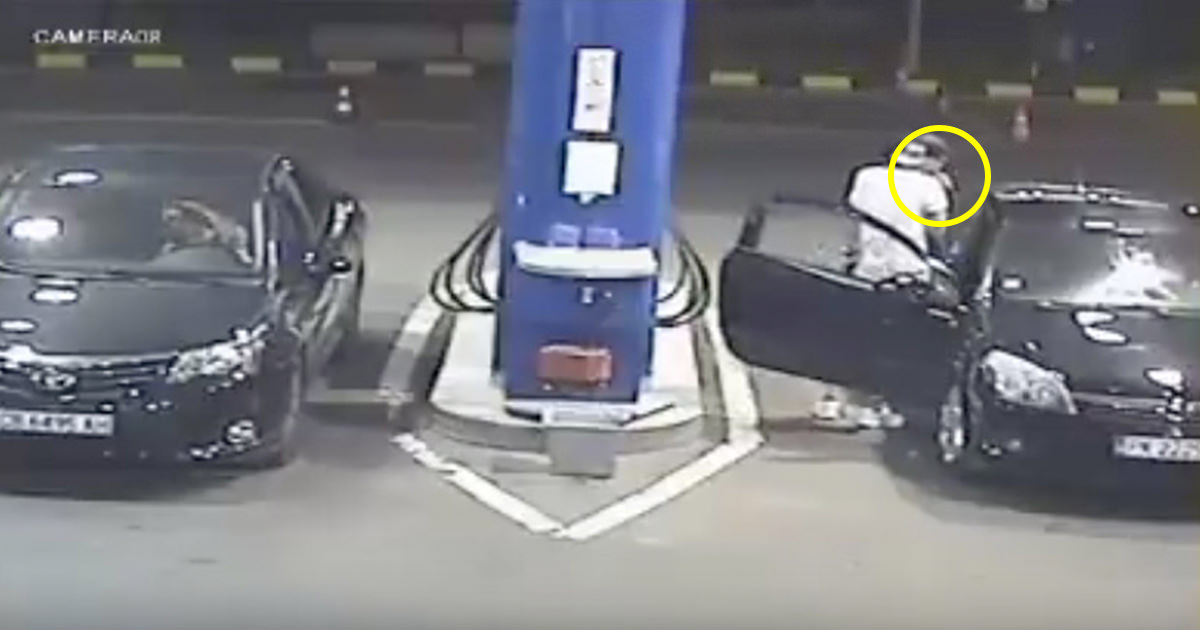 Rules are meant to be broken.

Or that’s at least what some seem to think.

Most of us had a rebellious phase growing up, where we wanted to prove our parents wrong at every chance we got.

And even as adults sometimes, we sometimes find some rules completely senseless and ignore them.

But a lot of rules and laws are there for a reason — often to protect us and our fellow citizens.

For example — not smoking at a gas station.

This rule hasn’t been put in place as way of making smokers’ lives more difficult — it can actually be a life-threatening danger.

Most people understand you should never light a cigarette or any type of fire at a gas station.

If the flame ignites, you can expose both yourself and everyone in your vicinity to great danger.

Earlier this week, a man drove into a gas station for a refill. As he got out of his car, the surveillance camera caught him holding a lit cigarette in his hand.

Supposedly he was told several times to put his cigarette out but didn’t pay attention and just kept puffing right by the gas pumps.

When a staff member at the station saw what was going on, he took the case in his own hands and immediately picked up a fire extinguisher.

Based on what we can see from the surveillance footage, the reckless smoker didn’t think the station employee would actually use the extinguisher. You can see the man acting completely carefree as the employee approaches him with the extinguisher in his hands.

But this guy was not holding back in teaching this fool a good lesson!

In many states in the US it is a felony to smoke in the premises of gas stations. In Virgina, for example:

“Any person who smokes or uses an open flame within 20 feet of a pump used to fuel motor vehicles or a fueling tanker being used to deliver gasoline to a gasoline station is guilty of a Class 3 misdemeanor if smoking or the use of an open flame is prohibited by a sign at the pump. Any person who causes a fire or explosion as a result of a violation of this section is guilty of a Class 1 misdemeanor.”

Thank goodness that this man acted so quickly against this arrogant smoker.

Who knows, if someone hadn’t done something, things could have ended badly.

You can watch it for yourself below.

Share if you also think the man with the fire extinguisher did the right thing, which without a doubt put the smoker in his place and taught him a lesson!