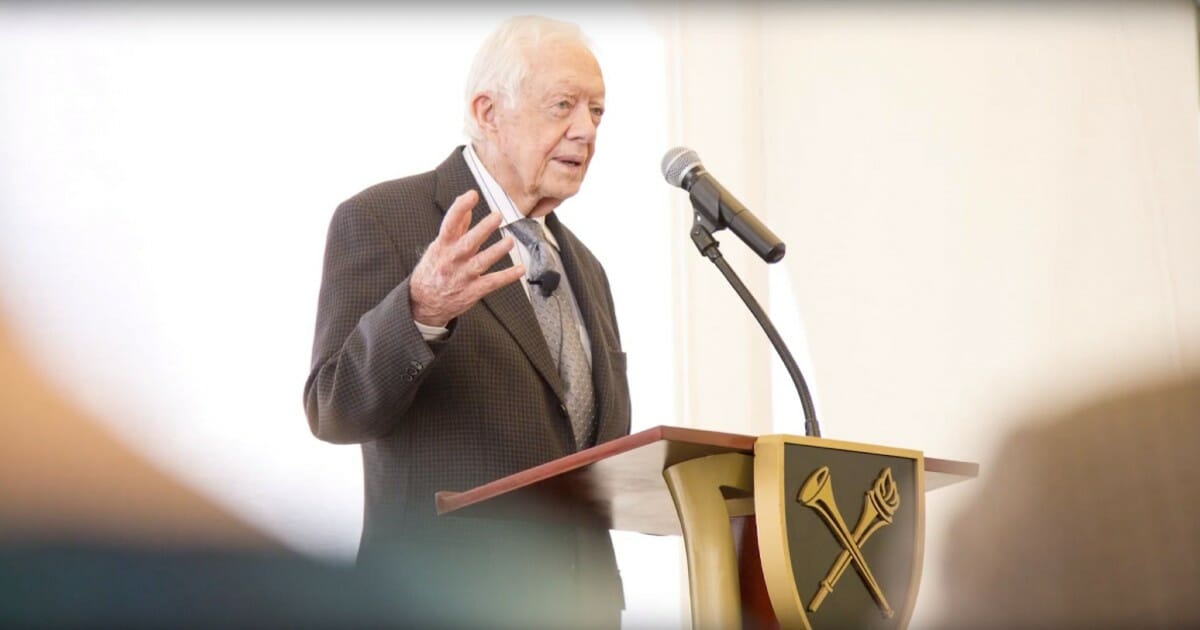 For many who work in academia, a tenured position is the ultimate goal. According to the American Association of University Professors, “a tenured appointment is an indefinite appointment that can be terminated only for cause or under extraordinary circumstances such as financial exigency and program discontinuation.”

In other words, job security.

Emory University recently announced one of their newest tenured faculty members, and you might recognize his name. After serving as University Distinguished Professor for nearly four decades, Jimmy Carter has been granted tenure at the Georgia university.

Jimmy Carter, who was the country’s 39th president, began teaching at Emory University in 1982 shortly after leaving the White House. He also launched The Carter Center at Emory in 1982.

“When I left the White House, I decided not to join any corporate boards and not to take part in commercial ventures. I’ve long had an ambition to teach,” he said in an interview.

Over the years Carter taught numerous classes that spanned across all of the universities’ schools. The former president also made himself available to students and faculty.

After 37 years as a University Distinguished Professor, President Jimmy Carter has been granted tenure at Emory. He's…

During his 37-year teaching career, Carter often joked that he taught students in each school and published multiple books and articles yet never received tenure like his colleagues.

Finally, Emory rewarded him with the coveted position.

“Across nearly four decades, he has given Emory the full measure of what it means to be a public intellectual and an engaged faculty member,” Emory President Claire E. Sterk said.“He has viewed teaching as a revered calling — the same humble approach he has brought to every undertaking, large and small, across a lifetime.”

Carter, who is currently the oldest living president at 94 years old, holds tenure at four of Emory University’s schools.

Share this article to send a congratulations to our 39th president on his well-deserved honor!