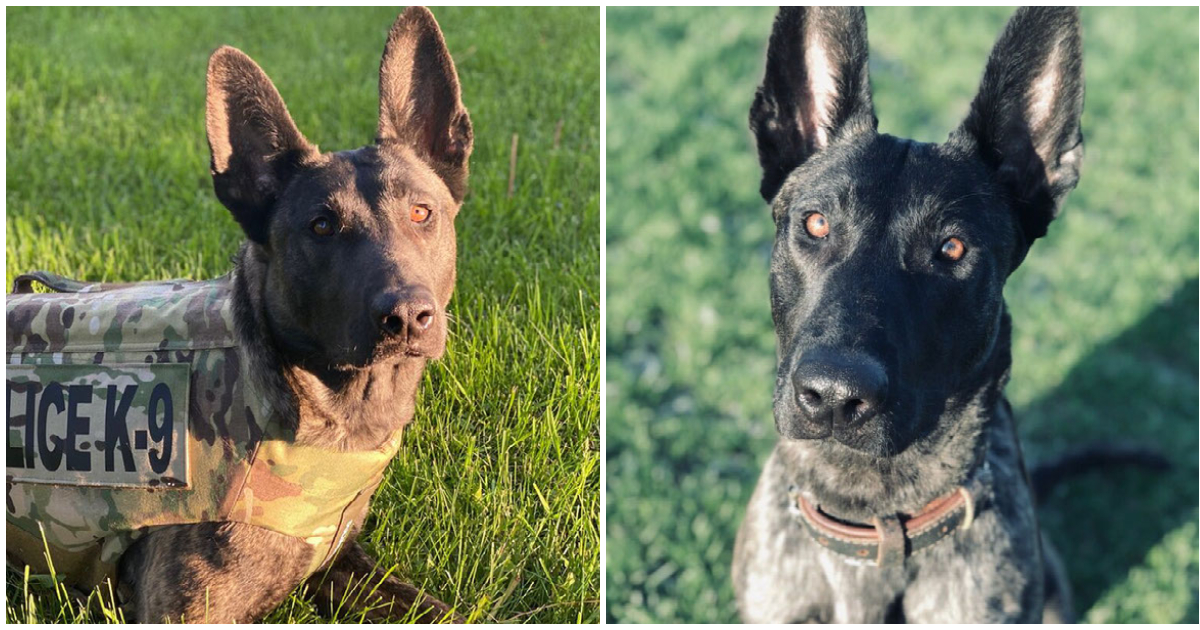 K9 dogs are an invaluable part of any police department. From tracking down missing people to catching criminals, these dogs dedicate their lives to keeping people safe.

They’re also putting their lives on the line every day, just like their human counterparts. It’s a dangerous job, and sometimes they don’t make it.

And today, the Duluth Police Department in Minnesota is mourning the tragic loss of their K9 dog, Luna, who was shot and killed in the line of duty.

According to the department, officers responded to a domestic violence report Thursday evening. Upon arriving they discovered that their suspect had multiple felony warrants.

When the suspect refused to surrender, K9 Luna was sent in to apprehend the man, but the scene turned violent when the suspect began firing shots, hitting Luna.

Officers returned fire before retreating from the scene. As of this report the situation is ongoing, with officers surrounding the perimeter of the suspect’s property. “The suspect continues to be dangerous, armed, and uncooperative,” the department wrote this morning.

No human officers have been harmed, nor has the suspect. However, Luna was critically wounded from the gunshot.

After being rushed to the emergency veterinary clinic, Luna died. She was three years old.

Luna had been part of the Duluth Police Department since June 2019. Her handler was Officer Aaron Haller.

Sadly, this is the second K9 officer from the Duluth Police Department to be killed in the line of duty. K9 Haas, also handled by Officer Haller, died in 2019.

Luna had received a donated bulletproof vest dedicated to Haas.

While the police situation that resulted in her death remains ongoing, people have been paying tribute to the late police dog.

“Our hearts hurt beyond words as we grapple with the horrible news of the shooting death overnight of Duluth Police K-9 Luna,” writes the Northland K9 Foundation. “We take comfort knowing that K-9 Luna protected her partner, Officer Haller, and other officers at the scene.”

“Our prayers and thoughts are with Officer Haller, his family, our law enforcement community and all who loved K-9 Luna. Her endless enthusiasm for work and play brought joy and hope to so many of us.”

Rest in peace, Luna. Thank you for your service.

Our hearts go out to the Duluth Police Department during this difficult time. We hope the officer stay safe, and that the suspect who shot Luna is brought to justice.

Share this story to pay respects to this beautiful police dog gone too soon.