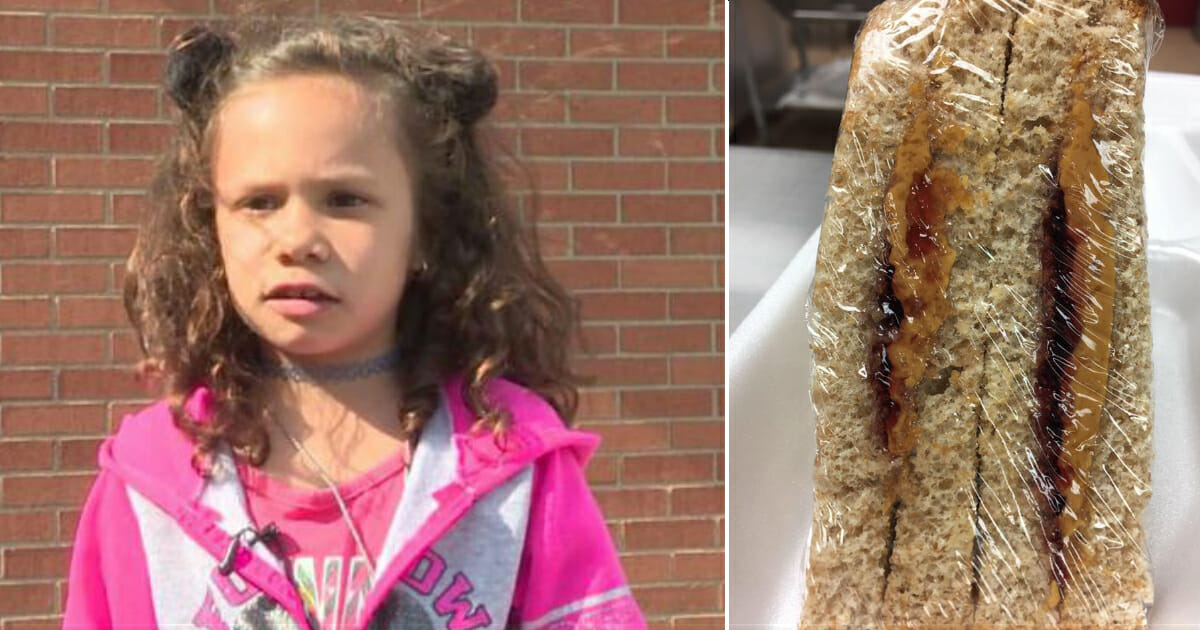 There’s an epidemic in the United States: the common practice of lunch shaming school children when they don’t have enough money to pay for hot meals.

Many school districts will have “backup lunches” for children whose lunch accounts don’t have enough funds to pay for these hot meals. Often, these backup foods include peanut butter and jelly sandwiches. While the lunches themselves are not adequate enough for growing bodies, but these children are often publicly shamed.

This was the case of 6-year-old Anya, a kindergartner in Indiana.

According to CafeMom, Anya was in the lunch line with 20 other students when the incident occurred. She picked up her hot meal, but when it came time to pay, she didn’t have enough money in her account to afford the $2.25 meal.

A school aid forced her to return her tray of food and told her to return to the back of the line, where she could wait for a peanut butter and jelly sandwich instead.

Anya reportedly wasn’t the only student this happened to that day. She and another student were made to do the “walk of shame” and were laughed at by their classmates. It was very embarrassing, and the 6-year-old didn’t know how to respond.

Her grandfather is now speaking out about the incident, asking for schools to change the rules to avoid incidents like this one. He says that the school normally notifies parents when account balances fall below $5, but in this case, he was never alerted.

“They waited until there was a dime left, denied her the opportunity to eat the lunch that she had [been served and tried to pay for] and then she had to go to the end of the line to wait for a PB&J,” he said.

The school maintains that unfortunately, this is standard protocol.

What do you think should be done about lunch shaming? This is truly traumatizing for someone so young… Please share to get others to weigh in!