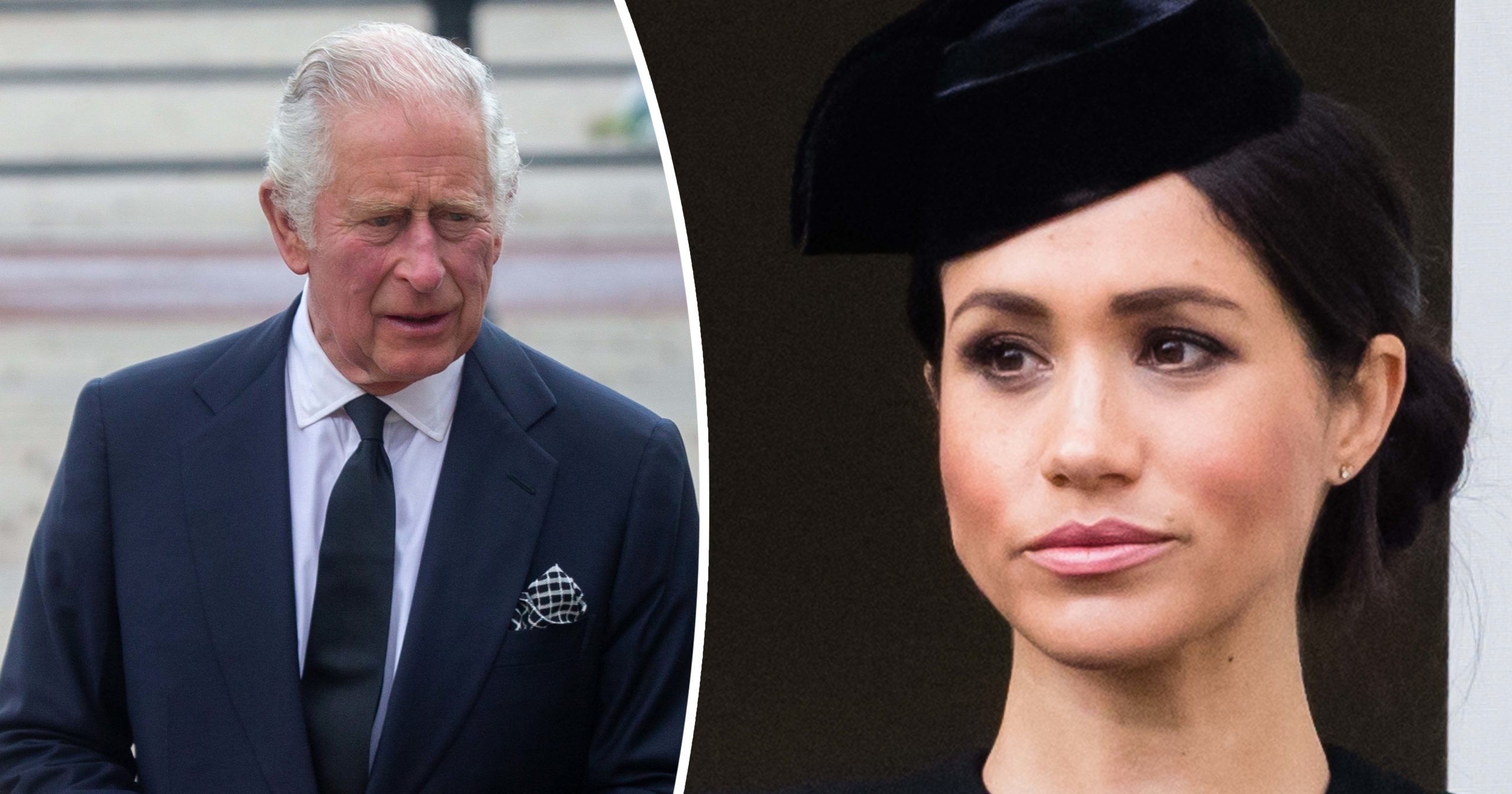 The coronation of King Charles is still months away. On May 6, 2023, he will officially become the King, and Camilla his Queen Consort. Many guests will surely attend the historic day, including virtually the entire Royal Family.

Naturally, the question has arisen as to whether Prince Harry and Meghan Markle will be amongst them.

The couple’s relationship, especially with Charles, has been rather sour since they officially left the Royal Family and this fall it might take an even wilder turn.

Harry is reportedly set to release his biography, which might include several new bombshell revelations about the Firm.

Word on the grapevine is that if there’s anything controversial written about Camilla – Charles might consider banning the Sussexes from his coronation.

The exact, official date of King Charles’ coronation has been set for May 6 in Westminster Abbey, the Palace has confirmed.

According to a press statement, King Charles’ coronation “will reflect the monarch’s role today and look towards the future, while being rooted in longstanding traditions and pageantry.”

Earlier reports suggested it might occur on the 70th anniversary of the Queen’s coronation – or the day after, on June 3.

In 1954, when the Queen was crowned, the event was huge. According to the official royal website, more than 8,000 guests attended Westminster Abbey for the coronation. In addition, an incredible 129 nations were officially represented.

As tradition dictates, the monarch was presented with many gold objects, including a robe, bracelets, and spurs.

King Charles to have fewer guests

The Queen’s crowning was a fabulous and significant event. However, King Charles is reportedly veering slightly away from tradition and looks set to do things differently.

According to Daily Mail sources, he will dramatically decrease the number of guests to just over 2,000. Also, the ancient traditions – for example, the presentation of the Orb and Scepter – will be shortened to about one hour. According to the Mail, the Queen’s coronation lasted about three hours

The monarch is reportedly also planning to order a more relaxed dress code. For example, he will “possibly allow” lounge suits instead of peers wearing ceremonial robes.

However, it seems like Camilla might turn into a Queen earlier. According to The Telegraph, Buckingham Palace will decide whether Camilla will be titled “Queen” earlier than the coronation. The source explained that it would all depend on her popularity among the public.

If she keeps being popular – and if there appears to be popular to refer to her as Queen Camilla – Buckingham Palace might quietly drop “consort” from her title.

Camilla’s popularity among the public has grown plenty since she married Charles. Of course, the affair with Diana didn’t put her in a good light. But over the years, royal fans have accepted her – and, most notably, started to like her.

When she married into the Royal Family, she was said to have, already back then, opted to be called “Queen Consort” as a sign of respect to the royals. And when Charles became King, he referred to his wife just that way.

The official guest list of King Charles’ coronation will most likely not be revealed until next year, but speculation about whether Harry and Meghan will be there or not is already in full throttle.

The main talking point, of course, is the rift between Harry and Meghan and the rest of the Royal Family not yet being settled. Like King Charles and Prince William, Camilla has shown her frustration towards the royal couple, though in the past, she had reportedly tried hard to create a warm and loving bond with her husband’s son and his wife.

May 6, the coronation date, holds special significance for royals, if not for King Charles, then certainly for Harry and Meghan.

May 6 will mark the 4th birthday of Harry and Meghan’s son, Archie. How the couple reacted to the fact that Charles’s coronation will be on the same date has not yet been revealed. Neither has it been confirmed whether Harry and Meghan will even be invited.

According to royal expert Katie Nicholl, Harry and Meghan will be asked to attend the coronation. She told Entertainment Tonight that King Charles and Camilla would want them in attendance.

“Behind the scenes, Camilla has done really everything she can to try and bring this family back together, and press the importance of trying to move on from this rift, and I think she would be very pleased, as would the king for Harry and Meghan to be at the coronation,” she said.

“It remains to be seen whether or not they attend. But of course, it will be down to the Sussexes to make the ultimate decision as to whether they’re going to come over for King Charles’ coronation on May 6.”

However, things can change before the coronation takes place, especially with Harry set to publish a new memoir. Reports state there are fears within the Royal Family that he will shed light on a series of new shocking revelations about the Firm.

This, according to a source near Camilla, could be crucial in whether Harry and Meghan will get invited to Charles’ coronation or not.

Harry & Meghan could be ‘banned’ from coronation

The upcoming memoir has been a talking point for a long time. There have been several reports that Harry’s book – published by Penguin Random House – will create new tensions between Meghan and Harry and the rest of the Royal Family.

Not only that, but Harry could go into detail regarding his relationship with Camilla. As per reports, their relationship has been turbulent since Harry and Meghan left the Royal Family in 2020. Meghan Markle has previously spoken out on the fact that she felt mistreated by Royal Family members, and that one royal – who’s never been mentioned by name – even questioned the potential skin color of their first child.

Harry’s tell-all book has been said to be an “accurate and wholly truthful” account of his life. But painting a negative picture of his family could see he and Meghan get banned from attending the coronation, according to a friend of Camilla’s.

By all accounts, Charles has a profoundly loving relationship with Camilla, and his protective feelings toward her are strong.

Moreover, the source said that Charles wouldn’t hesitate to cut ties with his youngest son if he had to choose between Harry and Camilla.

“It is one thing for Harry to attack Charles, he can take it on the chin, but if Harry forces him to choose, by laying into Camilla in his book, I have no doubt he will choose Camilla.”

In June 2021, four months after the Oprah interview, Harry dropped the news that he was writing a new book.

Despite all that’s been going on in the last year, it seems like Harry is now finished writing the book.

“It would suggest that the book is being delayed”

However, a source claims he’s now working on an extra chapter that might address the Queen’s funeral.

“We’ve had all these stories about whether the book will be delayed or whether there will be changes. From what he was saying, it will be dealt with by a new chapter that will be on the Queen’s funeral and the events surrounding it. It will give him a chance to address those stories about him being offended by not being able to wear his uniform and then not having the ER letters on his epaulettes.”

Eden added: “This could be a way that all the tenses are correct, referring to the Queen in the past and then having that new chapter could be a quite elegant way to do with it. It would suggest that the book is being delayed so it may come out next spring rather than next month as we’ve been led to believe.”