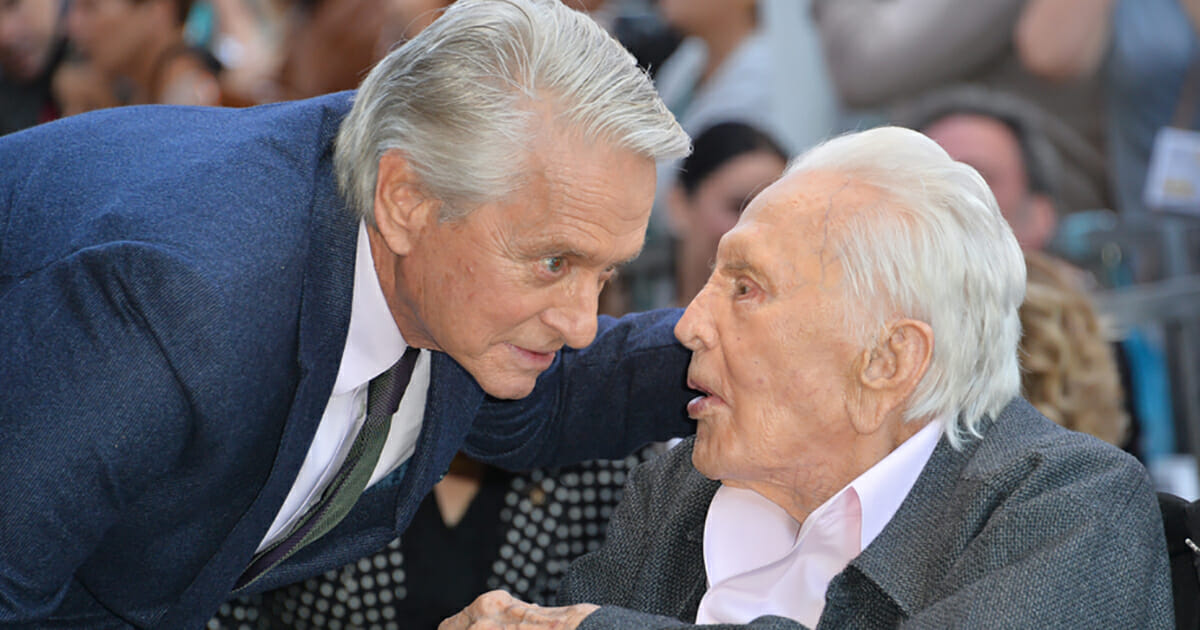 Kirk Douglas, one of the last surviving stars from Hollywood’s golden age, died at his home in Beverly Hills, California on Wednesday, aged 103.

The legendary actor rose to prominence through such flicks as “Lust for Life”, “Spartacus” and “Paths of Glory”. His son Michael Douglas released at statement after his dad’s passing on social media, writing about the impact his father made on cinema and the world in general.

“It is with tremendous sadness that my brothers and I announce that Kirk Douglas left us today at the age of 103,” Michael wrote.

“To the world, he was a legend, an actor from the golden age of movies who lived well into his golden years, a humanitarian whose commitment to justice and the causes he believed in set a standard for all of us to aspire to.”

“But to me and my brothers Joel and Peter he was simply Dad, to Catherine, a wonderful father-in-law, to his grandchildren and great grandchild their loving grandfather, and to his wife Anne, a wonderful husband.

“Kirk’s life was well lived, and he leaves a legacy in film that will endure for generations to come, and a history as a renowned philanthropist who worked to aid the public and bring peace to the planet,” Michael continued.

Michael Douglas 75, also shared a touching memory of his late father in a recalling Kirk’s final birthday in December.

“Let me end with the words I told him on his last birthday and which will always remain true. Dad- I love you so much and I am so proud to be your son.

On his 103rd birthday, Kirk was showered with touching tributes from family members on social media, including his grandson, Cameron.

Michael Douglas has often talked about his love and respect for his father. In 2018, when receiving his star on the Hollywood Walk, Michael paid tribute to his dad. It was a big occasion and Michael was surrounded by his loving family including, father Kirk Douglas,

Instead of talking about his own success over the years, Michael humbly thanked the people that have helped him along the way with plenty of jokes – until it was time to thank his father. And in that case, he couldn’t hold back the tears.

“And my dad is here. In a month, Kirk turns 102 years old. So those of you who took the under on him making 80, you lost a long time ago, alright? I know, I know, no son of yours is celebrating his 50th anniversary in the business. But it means so much to me, dad, that you’re here today. Thank you for your advice, for your inspiration, and I’ll say it simply and with all my heart, I’m so proud to be your son,” Michael said, choking back the tears.

One of my all-time favorites and a truly great man. Kirk Douglas lived a long and productive life. He gave us the pleasure of his acting. He gave his love to his wife of many years. His love for his family and reaching being a grandparent and great grandparent…