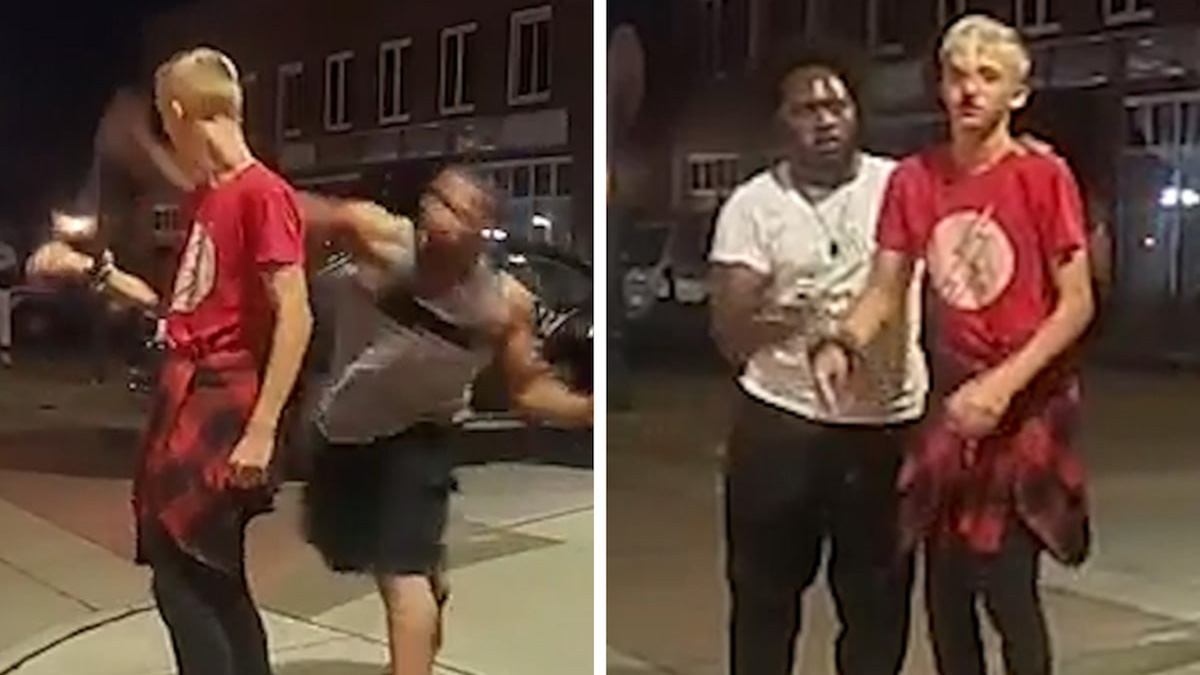 It was meant to be a peaceful dance performance on a street in Missouri for a 12-year-old boy and his friends.

But from nowhere a man pulled up in a car, got out and punched him “with extreme force in the back of the head in a violent and completely unprovoked attack.”

Ethan, who goes by the name Eman, was taking part in a community-led performance in Cape Girardeau, Missouri, when the attack happened.

He was with another boy and Michael ‘Crank’ Curry who runs the dance studio where the two children are students.

His attacker was caught on camera as the performance was being recorded and police were able to identify him as Cedric Charles Moore Jr; an arrest warrant has been issued.

Moore has been charged with felony assault in the second degree and felony child endangerment in the first degree ‘due to the age of the victim and the violence of the act’. His bond has been set at $50,000 cash only.

Eman who was taken to hospital after the attack can be seen in the footage bleeding from a head wound after being punched. Curry then chases the man back to the car but he quickly drives off.

Police who have so far being unable to locate Eman’s attacker said: “This is a cowardly and disgusting act of inexcusable violence on one of our public streets, and the Cape Girardeau Police would like to ensure that this suspect is safely apprehended.”

His mum, Stephanie Zigler, told TMZ: “I appreciate the police department for taking the case so seriously, and I know my son appreciates it too. I don’t think I will feel any relief until he is arrested. As of now it’s just words on paper, there hasn’t been any real consequence.”

Curry added that “anyone who’s willing to hit a kid like that, there’s no telling what they’re going to do next.”

Anyone with any information is urged to contact police.

Please share to help locate this man so he can be punished for this terrifying attack on a child and to stop him from doing anything like this again.