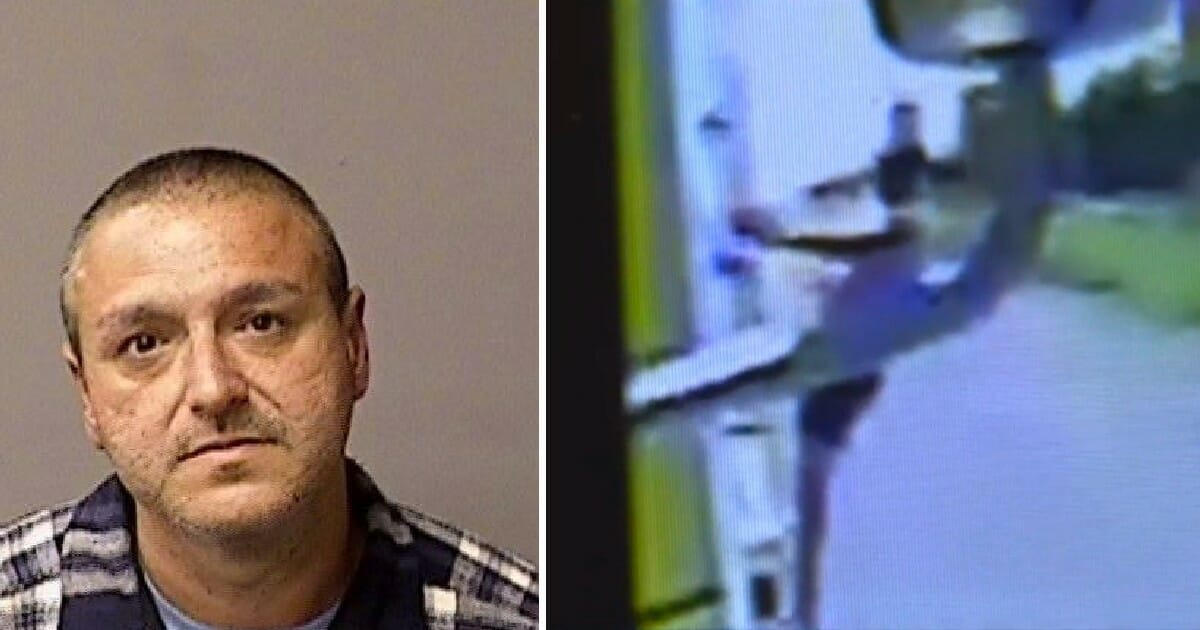 As we all know by now, we are not living in normal times, which means not even “normal” crimes are being commited.

Recently, a trucker with Cherokee Freight Lines saw a car driving behind him with his hazard lights on. The trucker thought the driver was attempting to signal a mechanical issue with the tanker truck, so the trucker pulled over on Highway 99 in Modesto, California.

But it quickly became clear there wasn’t a mechanical issue with the truck.

Dashcam footage revealed what happened next. It can only be described as extremely bizarre.

The driver of the vehicle, Gabriel Moreno, exited his car wearing only his underwear. He went to the passenger side of the truck and disappears from view of the camera.

The trucker pulls aways from the side of the highway and Moreno comes into view again as he makes his way to the underside of the tanker.

“I’ve listened to thousands and thousands of calls,” Modesto CHP officer Tom Olsen told CBS 13. “This one’s up there in the top 10.”

Moreno had unscrewed one of the valves under the truck and as it sped down the highway, he guzzled the contents of the tank.

What was inside the truck’s tank? Wine.

“This individual was able to release the wine from under the tanker, and he placed himself underneath the tanker in such a manner, the best way to describe this was somebody doing like snow angels,” Olsen said.

According to Cherokee Freight Lines, the truck lost 1,000 gallons of red wine, the equivalent of about 5,000 bottles of wine.

Moreno was arrested, and shortly after he was released he was arrested again on charges of felony auto theft.