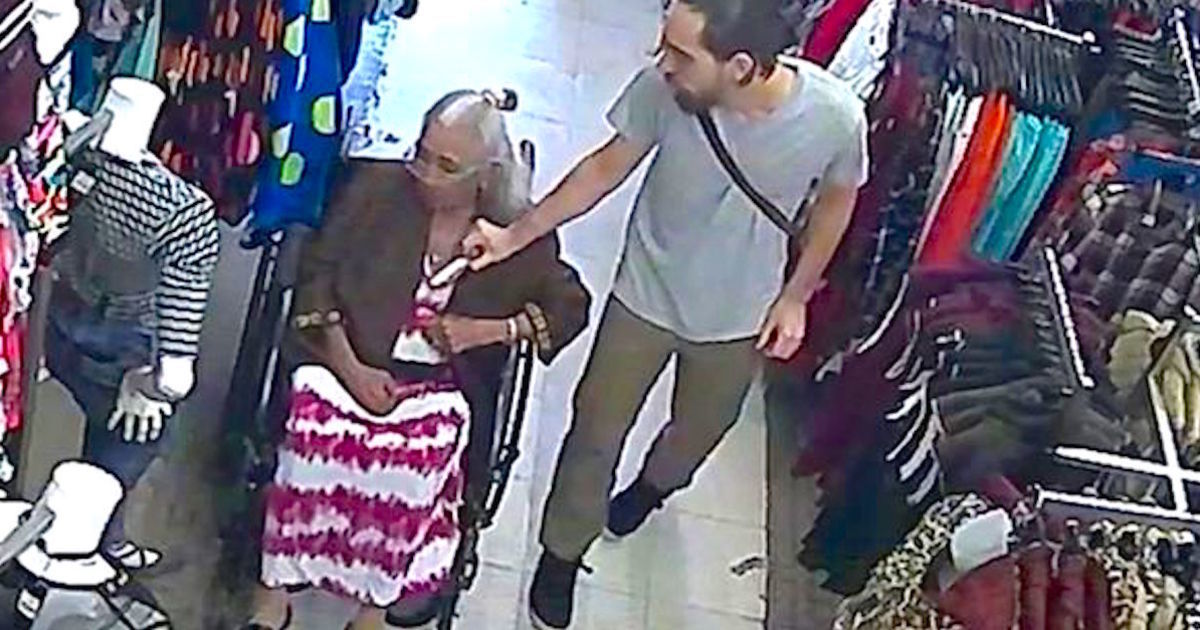 An elderly woman recently decided to leave her home – something she did very rarely.

But never in her wildest dreams could the 93-year-old imagine what the day would bring.

Maria Vasquez was accompanied by carers when they began the day by going to the bank in East Harlem, New York.

She noticed how a young man was looking at her while she cashed her cheque at the bank, but did not think much of it.

Then they went to a department store because Maria wanted to buy some new, comfortable shoes for herself. Maria, who previously overcame three strokes, lives in a municipal retirement home and enjoyed being out and around people again.

Then, from nowhere, a long-haired man slipped behind her and thrust his fingers down her shirt.

Initially, Maria didn’t notice anything as she sat in her wheelchair. But the man had dug up $600 from her bra – where she kept her money, thinking it would be safe. The $600 was what she had received as social security money.

She really needed every penny to buy food and pay the bills.

But it was too late – the thief was already out of the store.

Maria realized that the man must have followed her into the clothing store, after seeing her at the bank.

Regine released surveillance photos of the suspect and two days later police tracked him to his home.

The reputation of the anonymous robber quickly spread and many called him the “worst person in all of New York.”

The 26-year-old man from Brooklyn was arrested.

But it is after this that this story really takes a heartwarming turn of events.

While the thief was arrested by police, 93-year-old Maria was flooded with kind words and support.

The owner of the shop Regine gave Maria $600 in cash, to compensate for her losses. He also gave her the shoes she was going to buy.

Felix Roque, mayor of West New York, gave Maria a cheque for $1,000 which came in through donations.

“You often hear stories about people who hurt other people,” said Felix Roque.

“This is a story of people helping people, and it feels good.”

But it did not stop there. A stranger also started a collection online and has currently raised around $1,900 for Maria – more than three times its initial goal.

Maria says she is overwhelmed by all the love and kindness from strangers across the city.

Thankfully, justice has been served! This story shows that there are good people in the world and together we can overcome darkness.

Please share Maria’s story with your friends on Facebook to pay tribute to all those who stood up for her.