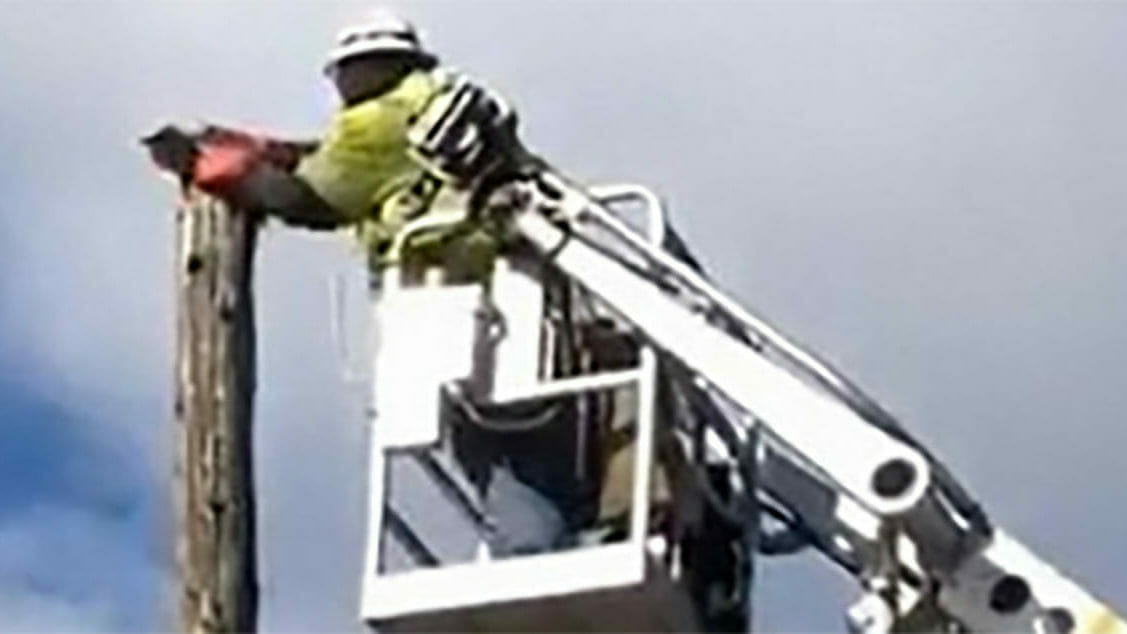 It’s an age-old problem: cats getting stuck up trees and often its left to firefighters to rescue them.

But in the case of a cat stuck up a utility pole in Pennsylvania, she had a different rescuer who accepted the plea of a neighbor and saved her from a terrifying predicament.

Unfortunately, the story didn’t end well for the kind-hearted man as he was reportedly suspended from his job by Verizon after using their equipment to help the stranded feline.

The cat, known as Princess Momma, had found her way to the top of the pole in the town of Port Richmond.

As Princess Momma cried out for help late on a Friday night passerby Amanda Fairchild Boyce noticed her and started to talking to neighbors in the area, in the hope of finding her owners, according to Health Sumo.

The cat’s owners were eventually traced who then alerted the fire department and animal rescue to plead for help. Unfortunately nobody came to help until Maurice German, a local Verizon employee agreed to step in.

Maurice German’s heroic rescue was filmed by a local reporter who then posted it online where it soon went viral and attracted praise from thousands of people.

Verizon bosses saw the footage and reportedly suspended their worker for three weeks saying he put his and other people’s lives in danger, according to CBS Local.

“We take no joy in this job action,” Verizon spokesperson Rich Young said. “However, we’re committed and responsible for keeping our employees and customers safe while working in a particular area.”

The community rallied around to help Maurice and started a GoFundMe campaign to help support him during his time off work; they raised over $7,000.

Watch Steve in action in the clip below.

What do you think about Maurice’s treatment? Feel free to leave your comments on our Facebook page.

Please share to pay tribute to a man who had good intentions in coming to the aid of an animal owner and an animal in distress.