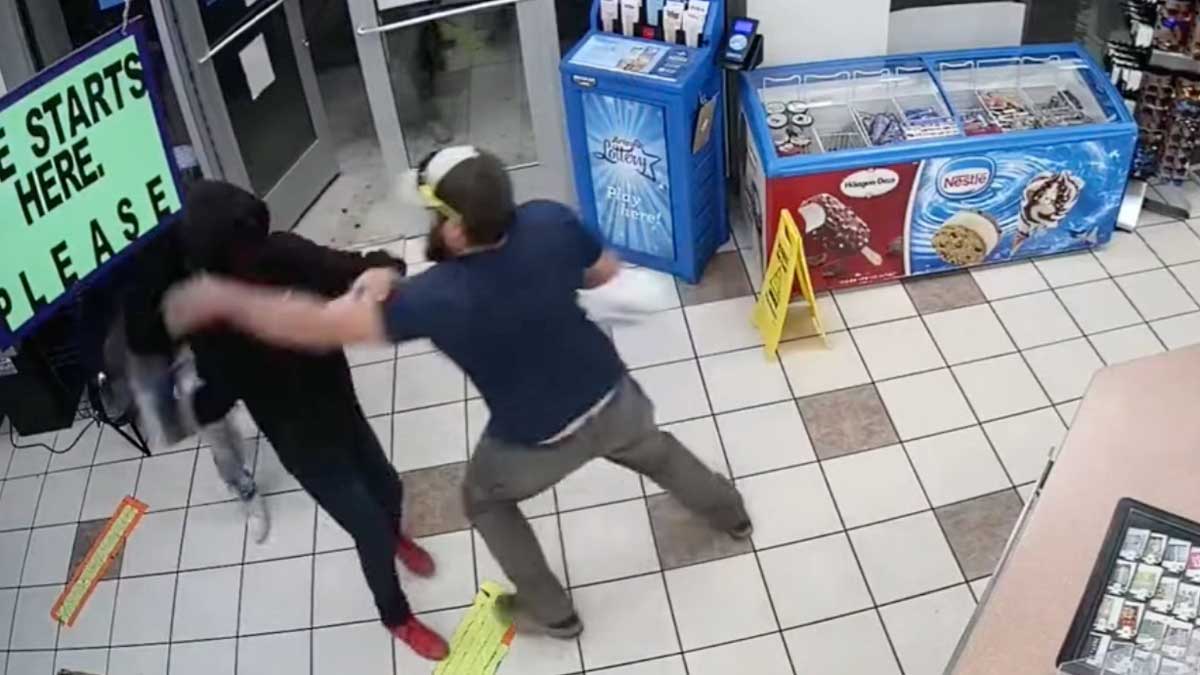 A former US Marine who happened to be in the right place at the right time stopped a robbery at an Arizona gas station Wednesday morning.

Thanks to the Marine’s quick reaction, the situation was under control in a matter of seconds.

The incident took place around 4:30 a.m. at a Chevron gas station in Yuma, according to the Yuma County Sheriff’s Office.

Three suspects entered the gas station’s store, and one pointed a weapon towards the cashier.

A customer, who happened to be a former US Marine, intervened and immediately disarmed the suspect.

The other two suspects instantly took off. They are still wanted by the police.

The customer detained the suspect, who is a juvenile, until law enforcement arrived.

“The Marine Corps taught me not to [mess] around,” the customer said when asked how he was able to take control of the potentially deadly situation.

Thank you to US Marine for stepping in and stopping the attempted robbery.