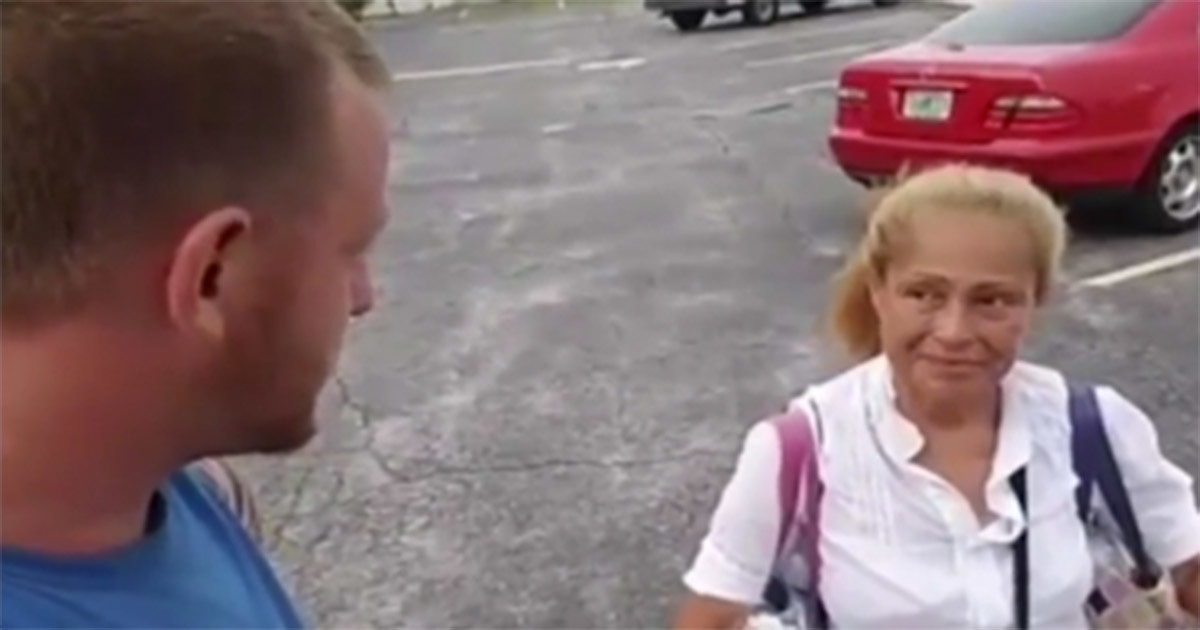 Richard Newberry owns an auto repair shop in Saint Petersburg, Florida. And every day for a few weeks recently, he’d seen a woman walk past on her way to work. But one morning, something was wrong. The woman was crying profusely as she went by.

Richard decided to talk to the woman about it, and when he heard her story, Richard made—to say the least—a very generous decision.

The woman, whose name is Ernestina Nunez, had recently moved to the city, hoping to leave behind a painful memory.

It turned out that she was carrying a great sadness with her. Ernestina’s only child had suffered from post-traumatic stress disorder after serving in the marines—and exactly a year ago, he had taken his life.

In the midst of all of the grief, Ernestina had lost all hope.

“He was the only I had,” Ernestina Nunez told WTSP.

But the meeting with mechanic Richard Newberry gave her a glimmer of hope.

Since Ernestina walked several miles a day getting to and from her custodial job at a nearby school, Richard realized he had a chance to help her.

He decided to give her a car worth $600 for absolutely nothing.

“I told her my troubled past, that I’ve been in the same boat where I’ve been homeless, not knowing what to do,” Richard Newberry told WTSP.

In addition to giving Ernestina the car, Richard and others pooled together $1,200 for her insurance, registration and plates.

“I’m just happy we could get her a car and get it insured,” he told WTSP.

The fine gesture from her newfound friend doesn’t help Ernestina get back her son, but it does give her proof that despite everything there is some sunshine in life.

“It’s a very good thing that he has done for me,” Ernestina Nunez told WTSP.

Watch video about the event here:

To extend your hand to a stranger means more than you think. Please share this story if you also think we should help each other in this life!