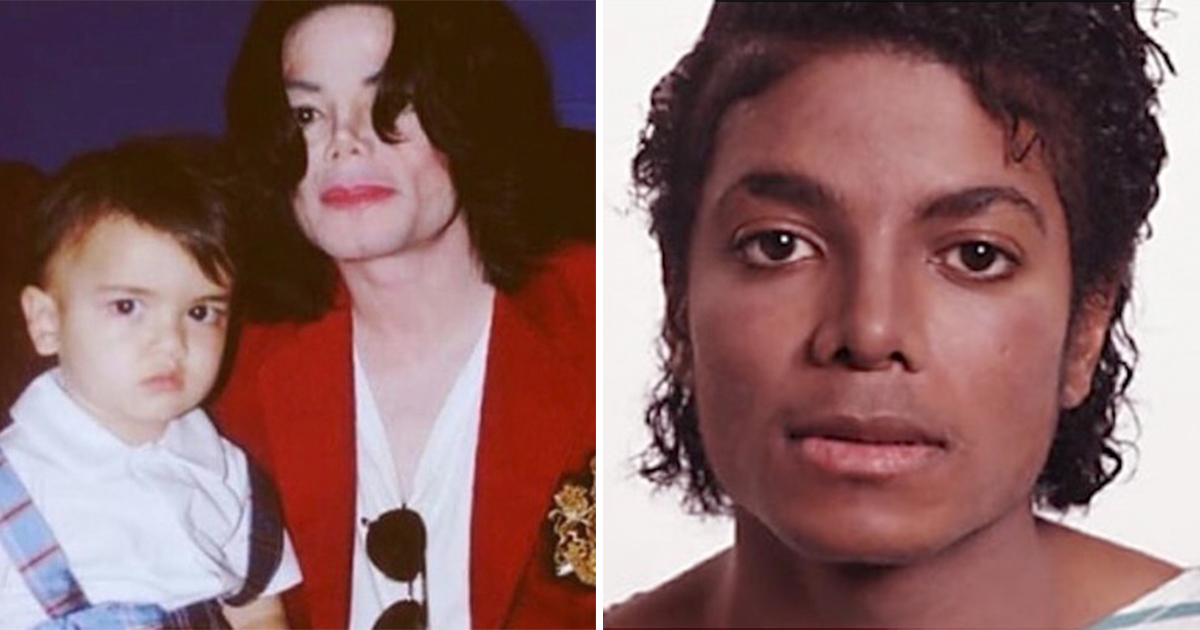 Michael Jackson made an everlasting impression on the world as an unforgettable singer, song writer, dancer and entertainer – he definitely earned his moniker, ”The King of Pop”.

But MJ was also a family man, and during his career, he had three children with two women before his tragic death 11 years ago.

Now, when you look at new pictures of Michael’s third child, you can without doubt spot some similarities with the famous pop icon …

All the way up to Michael Jackson’s death, the tabloids wrote a lot about his private life, his marriages and his children. Since Michael had three children with two different women, there was a lot of speculation going on.

The press often questioned whether MJ’s children were his biological kids, and they also speculated on who the mother of each one actually was.

Looking back at Michael’s relationships, it’s perhaps not so strange that the newspapers sought answers …

Michael Jackson met his first wife, Lisa Marie Presley, back in 1974. He was just 16 years old the first time he saw Lisa, and it was none other than Elvis Presley who introduced them to each other, at a hotel in Las Vegas.

Lisa was 6 years old at the time, but a huge fan of the Jackson 5. She loved the young singer in particular.

But it would be 18 years before the couple met again, at a dinner hosted by artist Brett-Livingstone Strong. Shortly thereafter, the couple grew fond of each other and talked on the phone every day.

Michael and Lisa had a lot in common – both had complicated relationships with the “real” world. Since both were celebrities from childhood, they had been very much sheltered from the outside world.

When Lisa met Michael, she was still married to actor Danny Keough, with whom she had two children. But Michael and Lisa developed a special relationship, and one day when talking on the phone, Michael asked: “If I asked you to marry me, would you do it?”

Lisa said yes and went on to divorce Danny. Only 20 days after the divorce was finalized, Michael and Lisa themselves married. The couple tied the knot in 1994, at a ceremony in the Dominican Republic. The magnitude of the wedding between these mega-celebrities should not be underestimated – one newspaper called it “The Marriage of the Century”.

But before long, their marriage became very chaotic. Lisa Marie refused to have children with her husband. She thought Michael was too immature to be a father, and couldn’t see a future together with the American singer.

According to Lisa, Michael struggled with his adult relationships and was ”childish”, often doing child-like things. Michael, meanwhile, purportedly really wanted to become a father. He is said to have explained to Lisa that she didn’t have to carry his children if she did not want to.

“My friend Debbie [Rowe] said she will get pregnant and have my baby. If you will not do it, then she will. How about that?” Michael told her, as per the book “Michael Jackson: The Magic and the Madness”, written by J. Randy Taraborrelli.

Lisa reportedly said that she was okay with that. The couple divorced in 1996, but continued to date, on and off, for four more years.

Throughout his marriage to Lisa Presley, there was always another woman in the background: Debbie Rowe.

Michael and Debbie went way back. They had met in the mid-1980s, when Debbie worked as an assistant for the pop singer’s dermatologist. For many years, Debbie helped Michael with treating his long-term skin condition, vitiligo.

The couple became very good friends and eventually more than that.

Michael and Debbie had a rather odd approach when it came to parenting.

Debbie was more of a surrogate mom, with Michael wanting to raise the children on his own at the Neverland Ranch. Debbie only visited her kids sporadically, as she didn’t want to become too attached to them.

“My kids don’t call me Mom because I don’t want them to. They’re Michael’s children. It’s not that they are not my children, but I had them because I wanted him to be a father. People make remarks, ‘I can’t believe she left her children.’ Left them? I left my children? I did not leave my children. My children are with their father, where they are supposed to be. I didn’t do it to be a mother… If he called me tonight and said let’s have five more [children], I’d do it in a heartbeat,” Debbie said in an interview with English journalist Martin Bashir.

But it’s obvious that this “deal” took a toll on her.

In the end, Debbie’s dissatisfaction with the arrangement became very clear as she filed for divorce in 1999. In the divorce, Debbie gave Michael full custody of her children. The couple remained friends though.

In February 2002, Michael Jackson’s third child was born. The boy was named Prince Michael Jackson II, though people would soon start to call him “Blanket”. The nickname came from the fact that Prince’s face was always covered with a blanket when he was seen in public.

But there was also something beautiful about the odd nickname, according to Michael.

“A blanket is a blessing, a way of showing loving and caring,” he once said.

“Blanket” became known all over the world when Michael held him over a fourth floor balcony railing at a hotel in Berlin. Many people were shocked, claiming Michael was risking his baby’s life. Later, MJ would apologise for the incident and said he got carried away in the moment.

The mother of Michael’s third child remains unknown. It has been speculated that Debbie Rowe was the biological mom of Prince Michael II, but she has firmly denied that. According to Michael himself, the baby was produced through artificial insemination, and he explained that he didn’t know the mother.

In 2015, “Blanket” announced that he wanted to be call Bigi instead. It was a big and important step for him to take – according to media reports, Bigi had been teased for his nickname while growing up.

Bigi was only seven years old when his father died in June of 2009. The King of Pop suffered cardiac arrest and passed away in his home, aged just 50 years old.

After his father’s tragic death, Bigi was raised by Michael’s mother, Katherine Jackson. Jackson’s nephew TJ Jackson also stepped in to support the family and the children.

It seems that Bigi took his father’s death very hard; it was very difficult for him to accept that Michael was gone forever. According to some reports, Bigi even stopped talking for a while.

As for today, however, Bigi seems to be doing okay.

Bigi Jackson now lives in Calabasa, California. According to reports, he resides in a mansion located in an exclusive gated community – some of his neighbors are celebs like Dr. Dre and John Travolta.

The 18-year-old teenager is focusing on his studies at Buckley School, a private school in Sherman Oaks, California. He also loves practicing karate and spending time with his many cousins.

Since his grandmother Katherine is turning 91 years soon, Bigi is now under the supervision of his older cousin, T.J. Jackson.

In general, Bigi has tried to stay away from the spotlight. But he sometimes shows up to public events. For example, you could see him in the audience when his older brother Prince graduated from Loyola Marymount University in May 2019.

Bigi has also created a channel on Youtube, along with his brother, Prince Jackson. The channel is called “Film Family” and together the brothers review various movies. At the moment, the channel has 35,000 followers, with only a few clips uploaded. So maybe we’ll see more of Gigi in the future?

I think it’s very obvious that Bigi inherited quite a lot of his dad’s looks – they are actually very similar in many ways.

With his long black curls, it’s hard not to think of Michael when you see Bigi. The young man also seems to have inherited his dad’s love of comic books and superheroes – Bigi is often seen wearing t-shirts with heroes from Marvel’s Avengers.

We already know that growing up with a very famous parent can be incredibly tough. Bigi is probably no exception. Don’t forget that he was forced to go through a difficult mourning process in front of the entire world’s cameras.

But from what we know today, Bigi seems to enjoy his life and does ordinary things like most teenagers do – which is a good sign.

Let’s hope it continues like this – no matter which path Bigi chooses to take in the future.