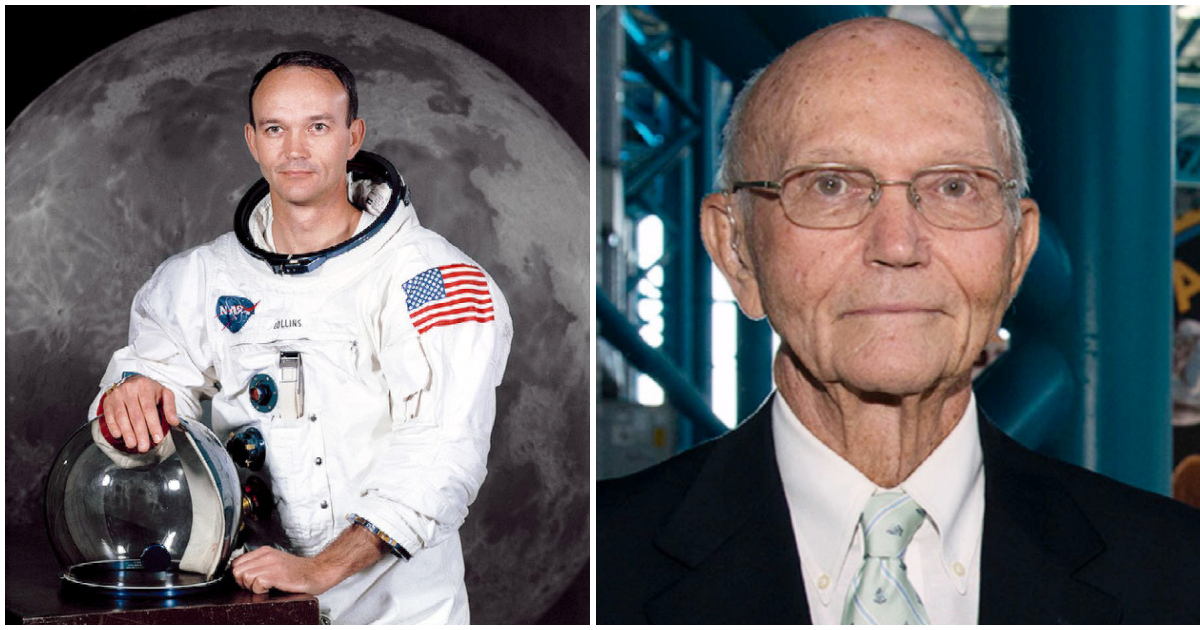 The Apollo 11 mission, the first manned spaceflight to the moon, is one of the pivotal moments of modern American history. Nearly everyone knows the names of the first men on the moon: Neil Armstrong and his “one small step for man,” followed by Buzz Aldrin.

But far fewer people can remember the name of the third astronaut on the mission: Michael Collins, who flew the command module and remained in orbit while his crewmates made the landing.

Collins passed away today at the age of 90, following a battle with cancer. But while he was often described as the “forgotten astronaut” of Apollo 11, he is remembered for his crucial role in the historic mission.

Collins was born October 31, 1930 in Rome. He graduated from the United States Military Academy in 1952, and subsequently joined the US Air Force.

In 1962, he was one of the 14 astronauts selected to NASA Astronaut Group 3. His first trip to space was as part of the Gemini 10 mission, which made Collins one of the first people to perform a spacewalk.

But it was Collins’ second and final NASA space flight that would define his legacy, as module commander of the Apollo 11 mission.

Collins was one of the three astronauts on the flight, but as Armstrong and Aldrin took off in the lander to become the first men on the moon, Collins remained alone in orbit, 60 miles above them.

“Not since Adam has any human known such solitude as Mike Collins,” the mission log said.

But Collins was hard at work. He kept a book of contingency plans, prepared for anything that could go wrong on the mission. He later said his biggest fear was that his fellow astronauts would not survive, and he’d have to return home the lone survivor, according to the Washington Post.

But the mission, of course, was a success, and the three astronauts returned home as heroes. They received the Presidential Medal of Freedom in 1969.

To the general public, Collins never achieved the same name recognition or hero status as his crewmates, and because he was the only member of Apollo 11 to not step foot on the moon, he became known as “the forgotten astronaut” and “the loneliest man in history.”

But space experts remember him as an essential member of the mission.

“It’s a shame that when people are asked, ‘Can you name the Apollo 11 crew.’ Mike Collins is normally the name that doesn’t come to mind,” Francis French of the San Diego Air and Space Museum told NPR. “Because in many ways he was the keystone of the mission.”

“He was the one who really knew how to fly the spacecraft solo… and the only one who could get all three of them home.”

Collins retired from NASA in 1970, and became the Assistant Secretary of State for Public Affairs. He then became the director of the National Air and Space Museum, and then the undersecretary of the Smithsonian Institution.

Throughout his career, Collins remained a passionate ambassador of space exploration, deeply moved by his own firsthand view of the Earth from space.

“I really believe that if the political leaders of the world could see their planet from a distance of 100,000 miles, their outlook could be fundamentally changed. That all-important border would be invisible, that noisy argument silenced,” he said, according to Reuters.

Collins died on April 28, following a battle with cancer. He was 90.

“He spent his final days peacefully, with his family by his side,” a statement from his family reads. “Mike always faced the challenges of life with grace and humility, and faced this, his final challenge, in the same way.”

“Please join us in fondly remembering his sharp wit, his quiet sense of purpose, and his wise perspective, gained both from looking back at Earth from the vantage of space and gazing across calm waters from the deck of his fishing boat.”

“NASA mourns the loss of this accomplished pilot and astronaut, a friend of all who seek to push the envelope of human potential. Whether his work was behind the scenes or on full view, his legacy will always be as one of the leaders who took America’s first steps into the cosmos. And his spirit will go with us as we venture toward farther horizons.”

Rest in peace, Michael Collins. You will always be remembered for your crucial role in the Apollo 11 flight.

Share this story to spread the word about this often-forgotten space hero.