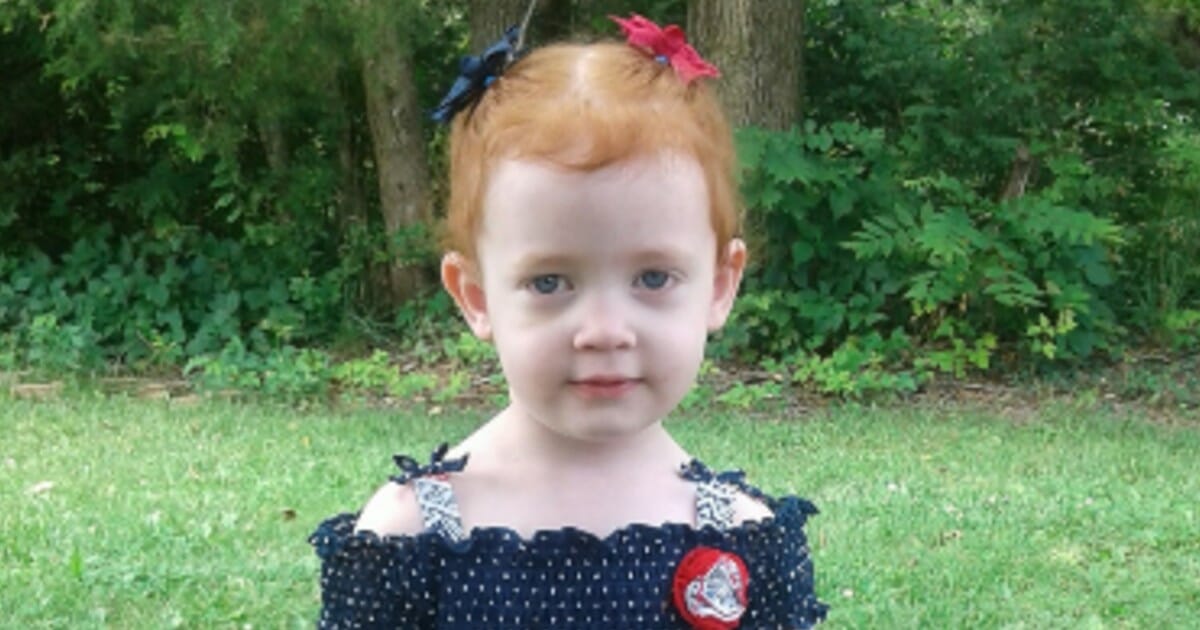 The body of Vivian Fitzenrider, a missing three-year-old, has been discovered in pond near her home in Missouri. The child had been missing for several hours before search crews found her body.

According to KYTV, around 5:30 p.m. on Tuesday a parent believed Vivian had gone inside the family’s home. It wasn’t until 30 minutes later that they realized she was missing. The little red-headed girl reportedly walked away from her house.

That evening, Mountain Grove Fire Department began searching for her with the help of a dog.

At one point more than 200 volunteers gathered to search for Vivian.

Missing from 13th and Oakview ln. Her name is Vivian. 3yrs old navy shirt blue Jean's. Red hair if you see her please…

Crews and volunteers searched through the night, but less than 24 hours later, around 7 a.m. Wednesday searchers discovered Vivian’s body in a pond about 200 yards from her home.

We are posting this morning with heavy hearts. As many of you know the body of 3 year old Vivian was recovered this…

The Missouri Highway Patrol, Mountain Grove Police Department, and the Wright County Sheriff’s Office are currently investigating Vivian’s death. An autopsy will be performed, though investors do not suspect foul play.

When a child disappears you hope that they’ll find their way back home, so this is just absolutely horrible.

I can only pray for this family.