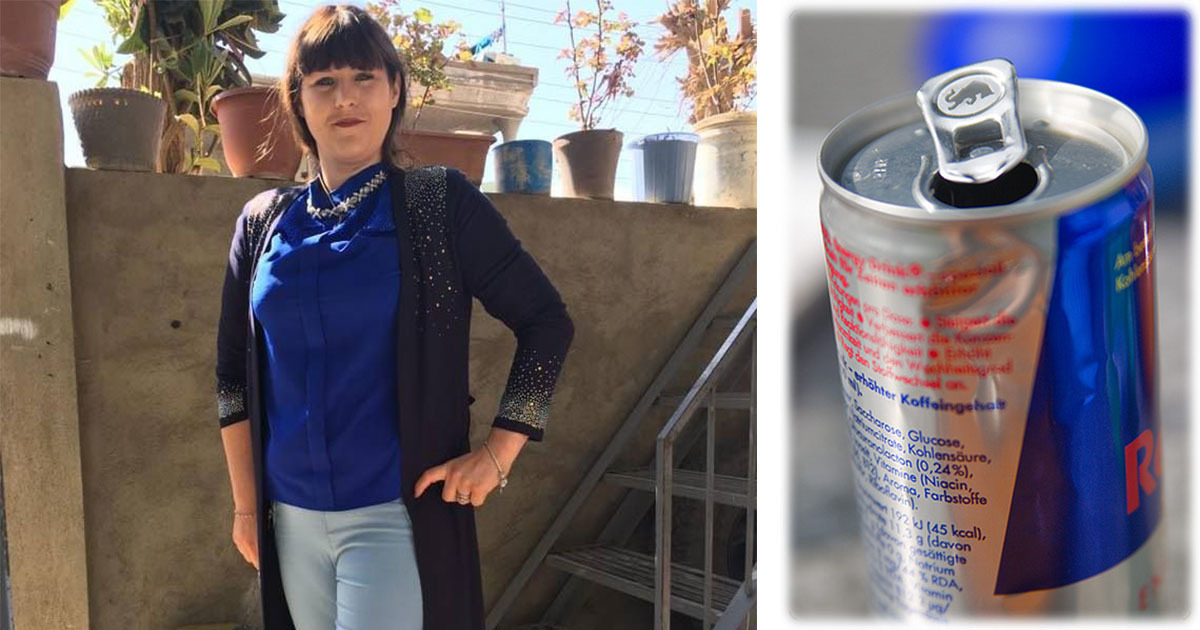 We all have our bad habits — but some are more dangerous than others.

Drinking milk directly from the carton or forgetting to switch the light off when you exit a room are nothing to brag about, but nobody has quite died from these either.

This young mom’s habit, on the other hand, brought her very close to that.

26-year-old Mary Allwood from England began to feel sick with terrible pain in her side and was rushed to the hospital in an ambulance.

Once there, it was discovered that her liver was twice the size of a normal liver. She had also gone up in weight.

The doctors asked several times how much alcohol Mary drank, as her liver looked precisely like one belonging to a person with severe alcohol problems.

But Mary was not an alcoholic at all — she had a completely different addiction.

As doctors continued to ask her about other habits she had, she conceded that she drank 20 cans of Red Bull a day.

If she drank any less, she became irritated and angry. In total, Mary spent close to USD $4,000 a year on the popular energy drink.

Drinking 20 cans Red Bull is equivalent to eating 17 chocolate cookies and drinking 16 cups of coffee a day when looking at sugar and caffeine content.

Following her hospital visit, Mary quite drinking Red Bull. Failing to do so would have meant her certain eventual death.

On a return visit five months later, to Mary’s relief, doctors found that her liver had returned to its normal size. She had also lost weight.

Now Mary is warning others. She knows first-hand that consuming energy drinks should be done with the same caution as cigarettes and alcohol.

And she is not the only one who is worried — the Substance Abuse and Mental Health Services Administration reports that hospital visits due to over-consumption of energy drinks have risen dramatically between 2011 and today, writes Watch This.

Help Mary spread this warning by clicking the share button below, so that more can understand just how dangerous it can be to drink too much energy drinks.