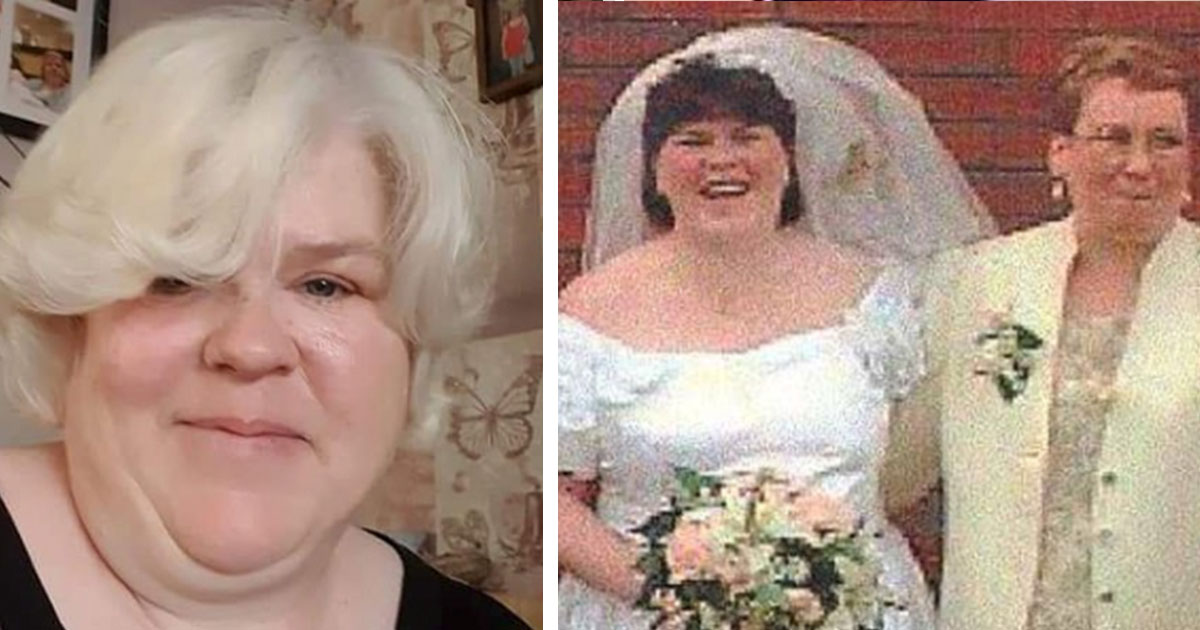 Most of are fortunate to be raised in a house where we feel safe and loved but sadly there are children who do not have the protection they deserve and it takes decades for them to deal with their horrific experiences, if they ever do.

For Maureen Wood, she couldn’t even rely on the protection of her mother during 8 years of abuse at the hands of her brother and stepfather.

The now mom of five from Staffordshire, England, was first raped by her older brother on her 9th birthday.

Despite her stepfather walking in on the abuse he did nothing and a few months later began abusing her also.

“I hoped against hope that my mum might step in and help me. But she walked into my bedroom and called me a ‘little wh*re'”, Maureen says, as per the Mirror newspaper.

Soon after her tenth birthday, Maureen’s mother became involved with the abuse.

Maureen says: “They used to make me sleep in their bed, between them, and they took it in turns to abuse me.”

The horrific abuse Maureen was forced to endure at the hands of those who were supposed to love and protect her she kept secret for three decades. She was still able to do well at school and make friends, but never revealed the nightmare of her home life.

When Maureen was 13 years old she became pregnant as a result of being raped by her brother but by the time she realized it was too late for a termination.

“My mother was mortified; all she worried about was what the neighbours would think of her, with a 13-year-old pregnant daughter,” Maureen says.

“Yet of course she knew that either her own husband or her son was the father. But she just blanked that out.

“The abuse stopped while I was pregnant. For the first time in my life I could remember, I wasn’t being abused and it was like a little piece of heaven.”

In October 1984, Maureen gave birth to a son, Christopher. He was born on her brother’s 19th birthday.

“That maternal instinct kicked in immediately. I adored him with all of my heart and for the first time in my life, I felt what love was.”

But just under a month later, he suffered a cot death.

“When he died, I felt like my life had ended, my world had finished. He was the only person I truly loved,” she said.

After she lost her son her brother and mom stopped abusing her but weeks later her stepfather continued to abuse her until she was able to escape and left home at 16 years old.

The major turning point in Maureen’s life came when she became a mother for the second time, a son called Ben, when she was 17 years old. She went onto have four more children.

“My kids saved me. I turned my life around. There was no way I was going to let them down. I wanted them to enjoy their childhood. I told them I loved them every day.”

But her kids didn’t know about the abuse and despite being happy for the first time in her life, Maureen still had nightmares about her horrific childhood.

She realized that in order to overcome her abuse and move forward she had to seek justice and so she contacted the police.

“The minute I went to the police, all my fear was lifted. It wasn’t my shame and guilt to deal with any more. By going to court, I handed the fear and shame back to my family,” she said.

In order to prove the extent of her abuse the body of her first child had to exhumed almost 30 years after he died, which she didn’t want to happen but felt it was the only way.

“My baby son, Christopher, was vital to the prosecution’s case. The police had warned me that they would be unlikely to get a viable DNA sample from his body – but when he was exhumed, his body was intact and the sample was perfect,” she said, as per the British publication.

“It feels as though he was looking down on me from heaven, helping me. He is a true angel – my guardian angel.”

In October 2011, her stepfather, John Wood, then 68, was convicted of seven counts of rape and sentenced to 16 years in jail.

Maureen said her mom and stepdad never apologised for what they did to her but her brother pleaded guilty and said he was sorry.

In a re-trial, her mother, Maureen Wood (senior), then 65, was found guilty of four counts of aiding and abetting the rape of a girl under 16. She was jailed for nine years.

Her mom died in jail and daughter Maureen found it in her heart to attend her funeral but the abuse at the hands of her mother is a wound that runs deep for Maureen.

“The abuse by my mother was, and still is, the hardest thing to process. As a mother, you nurture and protect your child but she destroyed me,” the brave mom admits.

‘The mother I didn’t have’

Maureen was also awarded £200,000 ($275,000) in an out of court settlement from Staffordshire County Council following a lengthy legal case in which she claimed they had failed to protect her from her brother as a child.

The now 50-year-old has since written a book called “A Family Secret” about her horrific childhood and the scars that remain.

“I still grieve for the childhood I didn’t have and for the mother I didn’t have. I think of Christopher every day.

“But I have to look to the future and I have five remaining children who I adore and who have finally taught me the meaning of love.

“Writing a book is my way of making sure that my voice – and the voices of so many others who suffer – is heard.”

I cannot imagine the horror of Maureen’s childhood; she is so brave for prosecuting her abusers and writing a book about her experiences.

I hope her story helps others who have suffered at the hands of those who are supposed to protect them. Please share.