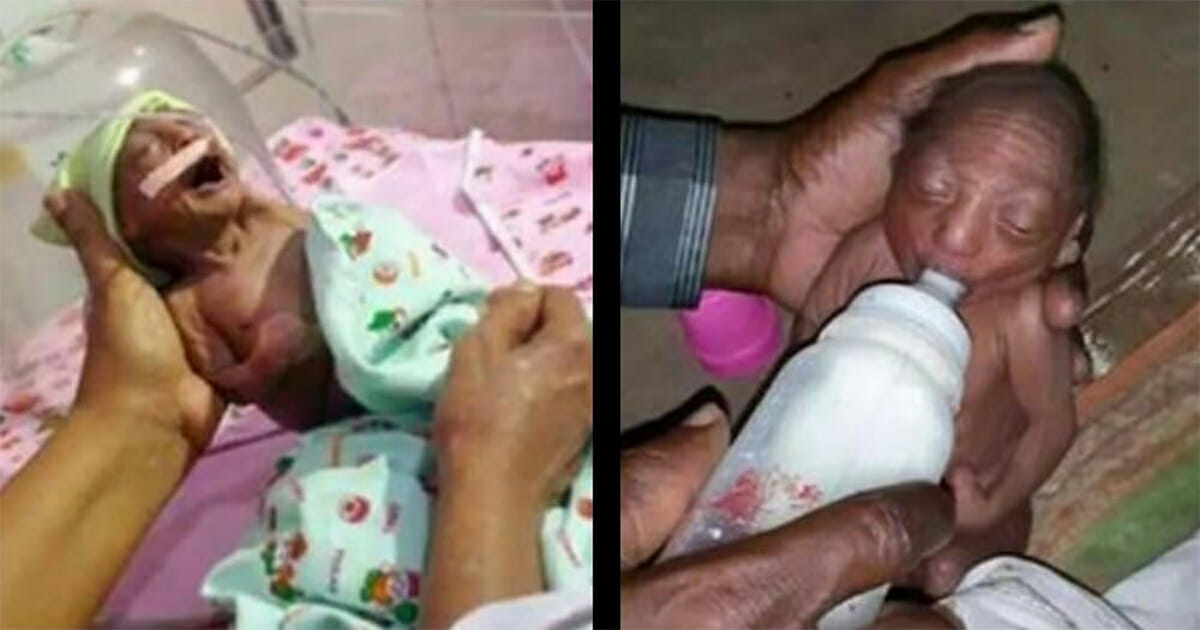 It’s always very upsetting to read about parents who neglect and abuse their children. This story is both upsetting and moving.

This story takes place in western India where a two week old baby was abandoned by her parents – because of a rare skin disease. They stopped feeding her and were slowly starving the infant. Then her grandfather stepped in and did the only right thing.

The little girl was born in the 24th week of pregnancy. Although she was very premature, she survived the birth. But her parents didn’t want to keep the baby – because of her skin.

The girl had very wrinkled skin caused by a chromosomal abnormality. According to the girl’s grandfather, Dilip Dode, the parents were so ashamed that they chose to abandon her – at just two weeks old.

People close to the family didn’t react well when they saw the baby. Unfortunately, the vast majority said terrible things about the little girl. For parents Mamata and Ajay Dode, it became too much. They couldn’t handle the fact that their daughter looked different. So they did the unthinkable – they stopped feeding her. Her life was placed in serious danger.

Her grandfather Dilip tried to talk the parents out of it again and again, but with no success.

“It is not her fault to have born different and I will not abandon her for this disease. It is really disheartening that even her parents have rejected her but I will go to any extent to save her,” he tells Liftable.

Dilip decided to do the only right thing. He fed his granddaughter goat’s milk until she became stronger. Then he took her to the hospital, where he stayed by her side day and night. He’s doing everything he can to ensure she gets to grow up healthy and strong.

The hospital has even offered to pay for the cost of her treatment.

“We are determined to treat the baby, we’re going to keep her in the hospital for a long time,” the hospital’s CEO says.

It’s a good thing that this little girl had her grandfather to look out for her and keep her safe. But sadly this isn’t the only time that parents have abandoned their children, and it normally doesn’t have a happy ending.

This just shouldn’t happen, no matter what the circumstances. Share this article on Facebook if you agree.