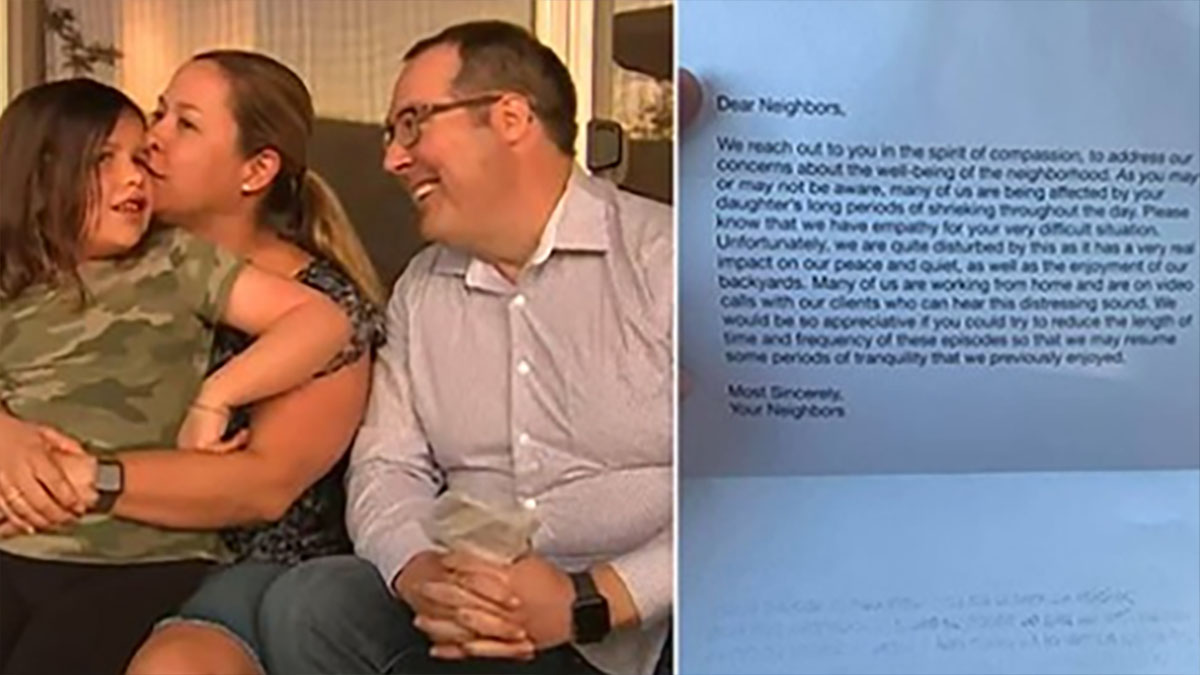 The family of an autistic girl have received an anonymous letter asking if their daughter could be more quiet for the “well-being of the neighborhood.”

In an anonymous letter to the family of 6-year-old Kayla Newton it says “many of us are affected by your daughter’s long periods of shrieking throughout the day.

“Please know that we have empathy for your very difficult situation. Unfortunately, we are quite disturbed by this as it has a very real impact on our peace and quiet as well as the enjoyment of our backyards.”

They even complain that it’s affecting their zoom calls as many of them are working from home in the El Dorado Hills neighborhood of California.

The letter is signed “Most sincerely your neighbors.”

Kayla’s mom Monica Newton said her daughter is non-verbal and the noises help calm her down. She also loves to spend time outdoors, she told  CBS 13.

“It’s very hurtful to read that stuff. This is our child. If we could help her we would,” Monica said, as per the Mirror newspaper, citing Fox 8 News.

“For somebody to say that she’s shrieking and it’s ruining their life, what about her life? What about her? She’s a freaking child, she’s 6-years old.”

The letter concludes: “We would be so appreciative if you could try to reduce the length of time and frequency of these episodes so that we may resume some periods of tranquility that we previously enjoyed”.

The noises she makes help to calm her, Monica told  CBS 13.

Dad Kevin Newton, who does not believe their neighbors who live nearby are responsible for the letter, said they chose to highlight the letter so people could be more compassionate of their situation.

He said: “There’s a whole world people don’t see as parents like us experience day to day. That’s what I would share.”

What do you think about the letter this family received about their sweet Kayla?

Can you see the neighbors’ side or is there no excuse for this? Please post your thoughts on our Facebook page and don’t forget to share this story.