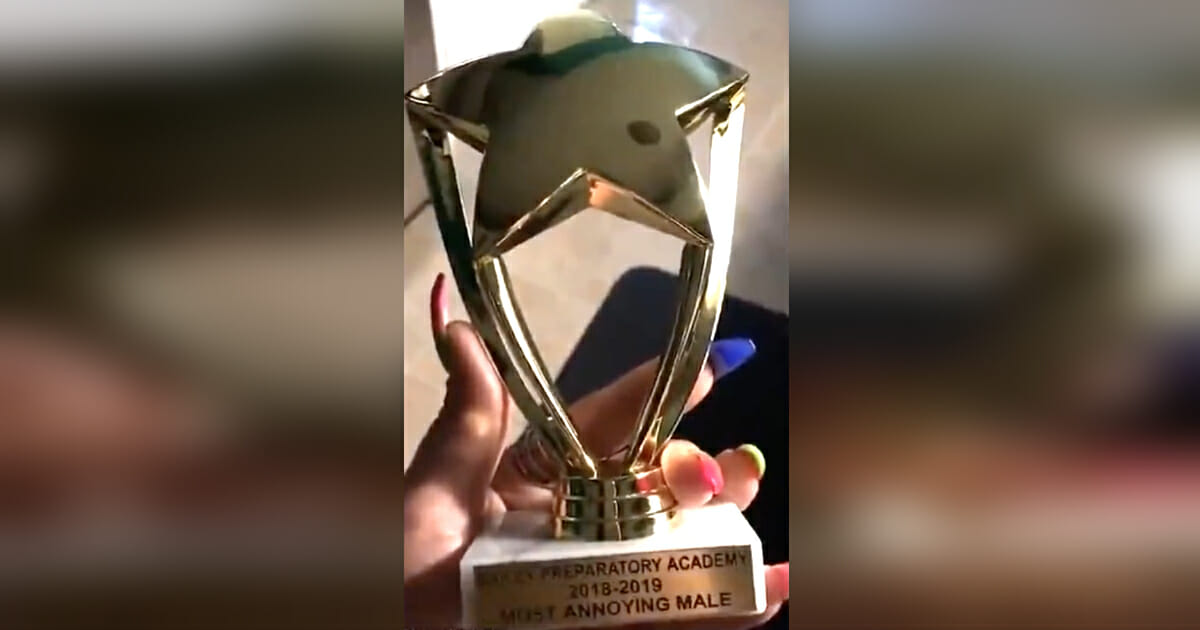 Parents of autistic children spend a lot of time to help build an arsenal of tools to help their children navigate everyday life. This isn’t an easy task, and depending on the child, this can mean spending a lot of time anticipating their needs and triggers.

When they reach school age, it also becomes up to their teachers to be patient and sympathetic. Unfortunately, one family in Indian was let down by their 11-year-old’s teachers after she allegedly demeaned him—publicly, too.

Dad Rick Castejon was reportedly attending a fifth-grade awards luncheon for Bailly Preparatory Academy students, where his 11-year-old son is a student. He was blind-sighted by the award his autistic child was awarded: a trophy for being the “most annoying male” for the school year.

The dad, in disbelief, was understandably outraged.

“As a principal or teacher, you should never let this happen to any student,” he said.

The trophy was inscribed. It read, “BAILEY PREPARATORY ACADEMY 2018-2019 MOST ANNOYING MALE.”

The father didn’t want to cause a scene, so he tried to leave the insulting trophy at the Golden Corral where the event was taking place. However, the teacher approached him as he tried to leave, reminding him to take the item home with him. He says that she was acting in jest, as if the ordeal was a joke.

The father went home, and only then told his wife. The parents admitted that his son’s behavior prompted his teachers to often call home: the 11-year-old is, according to him, non-verbal, and occasionally rocks back and forth and can become easily emotional.

However, that is not an excuse to demean a student in such a way.

The school has responded to the incident and has confirmed that the trophy was, in fact, awarded to the child.

“An apology was extended on behalf of the district to the family, and disciplinary action was taken against personnel involved,” a spokesperson said in a statement. “We acknowledge the potential impact that an experience like this could have on a child’s mental well-being, self-esteem and overall level of comfortability in a learning environment going forward.”

The dad is still upset by the incident, and the family, who was already planning to move, will not be letting their son return to the school.

“A special needs education teacher should know how to handle these things.”

“We just don’t want any other kids to go through this,” the dad added. “Just because they have special needs doesn’t mean they don’t have feelings.”

The staff involved was reportedly put on leave as the incident is being investigated.

This is a truly horrible experience, and any parent would be angry. This child deserves better! Please share to show your support for this family.