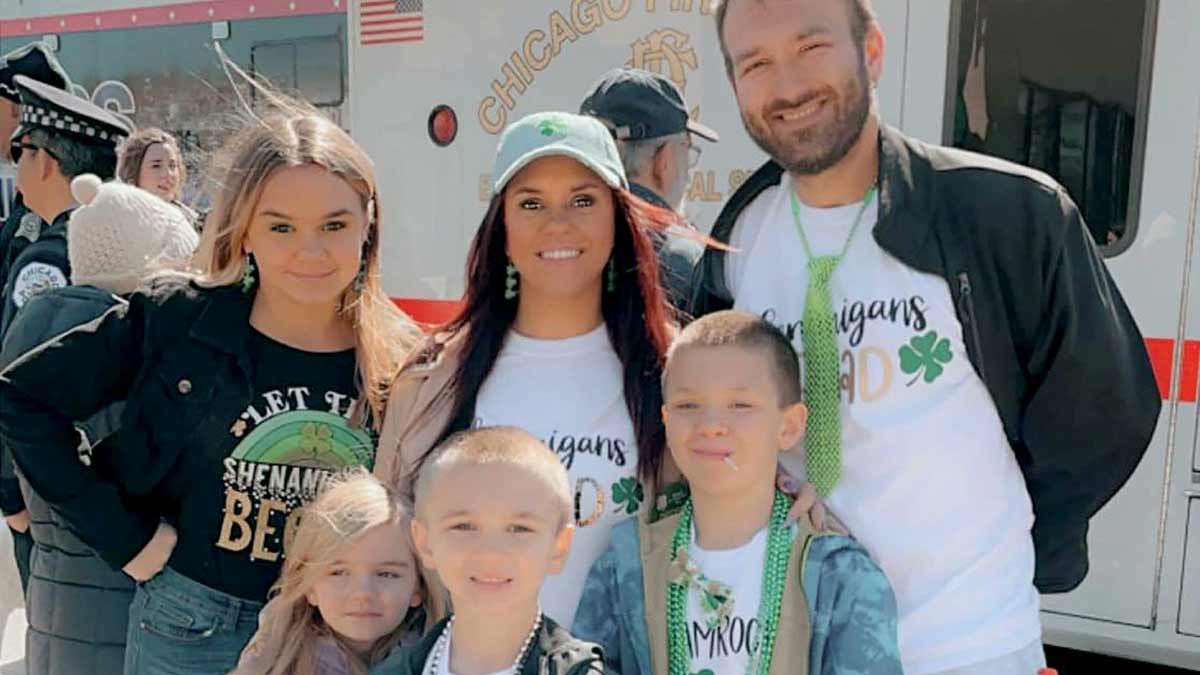 A mother and her four children were killed early Sunday morning when a car slammed into their van near Riley, Illinois. Both vehicles caught fire, killing seven.

The family had been on their way to Minnesota for vacation.

Thomas Dobosz, husband and father to five of the victims as well as the sole survivor of the crash, was flown to Loyola University Medical Center where he remains.

On Monday a vigil was held for the five family members who died in the horrific crash.

According to reports, Dobosz, 32, was driving westbound on I-90 in a Chevy van when an Acura driving in the opposite direction crashed into Dobosz’s vehicle.

Both vehicles were immediately engulfed in flames. The driver of the Acura and the only occupant, Jennifer Fernandez, 22, was pronounced dead at the scene.

While Dobosz survived with the crash with severe injuries, his passengers, which included his wife Lauren, 31, and their four children, Emma, 5; Nicholas “Nicky,” 7; Lucas, 8; and Emma, 13 did not survive. A 13-year-old girl who was a friend of their oldest child and also traveling with the family did not survive.

Their tragic deaths are being felt by many in the community. Lauren was involved with the local cheerleading team, while her husband assisted with both cheer and football.

“They were hard-working people and just always around, [the life] of the party — always there to cheer everybody up, help everyone out, bring everyone together,” cheer director Ryan Cooper said.

“It’s just an awful tragedy, and I just can’t even express,” Jean Kohlberg, one of the children’s teachers, said. “We would see them all the time and they would wave to me every time. It’s just very sad right now.”

“The kids were amazing children — just full of life and energy, and their faces and voices will be with us forever,” Cooper said. “Our children who have friendships with them and have spent time with them on these cheer and football teams will cherish those memories forever.”

The Dobosz’s team, the Oriole Park Falcons started a fundraiser to support the family. It surpassed its original goal of $50,000 and is nearly at $90,000.

The crash remains under investigation.

I have no words. This is one of the most heartbreaking accidents I have ever heard about.