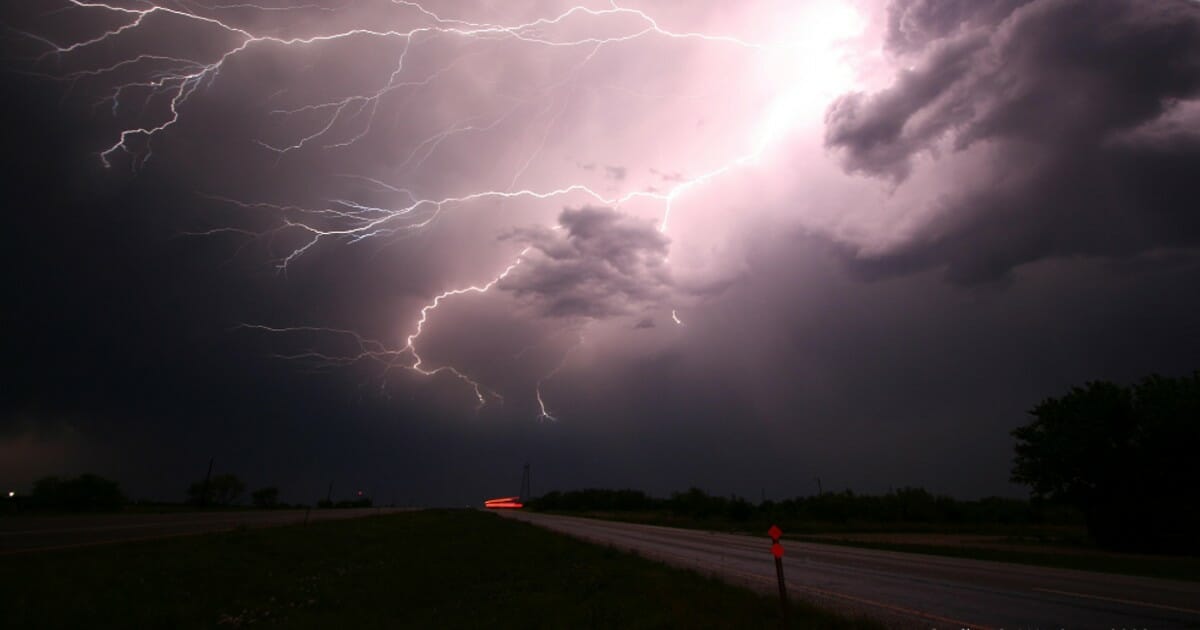 When you see those billowing clouds often associated with thunderstorms, you know it’s time to take shelter. Thunderstorms are not something you want to mess with.

In 2018, there were 20 deaths attributed to lightning, and in 2019 one person has already died. Florida, which is considered the lightning capital of the country, often tops the list with the most lightning deaths.

On Sunday, a motorcyclist died after being struck by lightning, bringing the total of lightning fatalities in 2019 to two.

Benjamin Austin Lee, 45, of North Carolina was riding his motorcycle along I-95 in Volusia County, near Daytona Beach, Florida around 3 p.m. when he was struck by lightning, according to Florida Highway Patrol.

He swerved off the road and was thrown from his motorcycle.

The lightning struck his helmet.

“Lightning hit him. He went flying off his bike,” a witness told a dispatcher.

“He fell out into the center of the median, the bike flew out, hit the ground and he probably went, like, 50 feet,” another witness said.

Motorists attempted to save him.

Unfortunately Benjamin was pronounced dead at the scene.

FHP shared a photo of his helmet as a reminder of how dangerous it is and the serious consequences that are associated with not taking shelter during a thunderstorm.

This is what’s left of a 45 year old man’s helmet after he was struck by lightning, while riding his motorcycle southbound, on I-95 in Volusia County this afternoon. Unfortunately he did not survive the crash. pic.twitter.com/uFklUPY8r1

When planning outdoor activities and the forecast calls for bad weather, keep an eye on the sky and follow the 30-30 rule. If you do find yourself outside during a thunderstorm and lightning is present, crouch as low to the ground as possible with as little of your body touching the ground, says the CDC.

If you are indoors during a storm, you still need to remain vigilant and avoid electronic equipment, water, corded phones, and concrete walls.

With many things we think, “It won’t happen to us,” until one day it does.

Lightning can strike anyone, especially if we don’t take the necessary precautions.

Share this post to warn others what could happen if you don’t seek shelter from a storm.