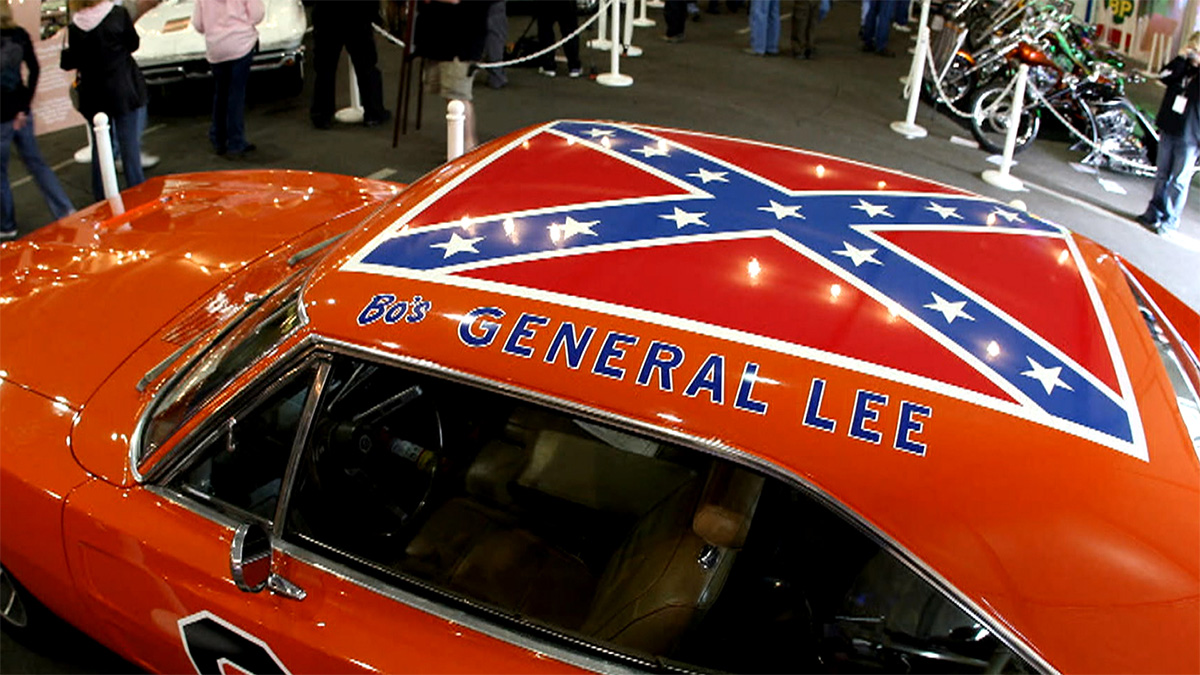 It was an iconic car and one of the ultimate symbols of 1970s TV: “The Dukes of Hazzard” car known as “General Lee.”

The customized Dodge Charger was usually featured with its top down ready for Bo and Luke Duke to jump in and make a quick getaway from corrupt sheriff Boss Hogg.

But not many would recall that the 1969 car has the Confederate flag painted on the top.

The General Lee has since retired to an automobile museum in a Chicago suburb where bosses say they have no plans to remove it because it shows the controversial flag.

Many see the flag as a symbol of slavery and racism, often used by white supremacists.

But while symbols of the Confederacy are being removed across the nation and even NASCAR has banned the flag from its races, the Volo Auto Museum has no plans to remove the car.

“We feel the car is part of history, and people love it,” museum director Brian Grams told the North West Herald newspaper.

“We’ve got people of all races and nationalities that remember the TV show and aren’t offended by it whatsoever. It’s a piece of history and it’s in a museum.”

Mississippi is even removing the Confederate emblem from its state flag but this museum, 50 miles northwest of Chicago, is refusing to remove its own symbol.

“Several people have reached out with positive comments about us leaving it on display,” Brian added, “complimenting us for leaving it there and not having a knee-jerk reaction to remove it like a lot of places are.”

Brian also claims to have “much worse” exhibits inside the museum, referring to its Nazi memorabilia in the museum’s military section.

“If we’re going to get complaints about the General Lee being here, we’ve got much worse items over in our military building,” he said.

The museum is currently closed due to the pandemic and as well as General Lee, the museum is also home to the Family Truckster from National Lampoon’s Vacation and a 1966 Ford GT40 from Ford v Ferrari.

What do you think about the museum leaving this car on display? Feel free to leave your comments on our Facebook page and don’t forget to share to find out what others think.