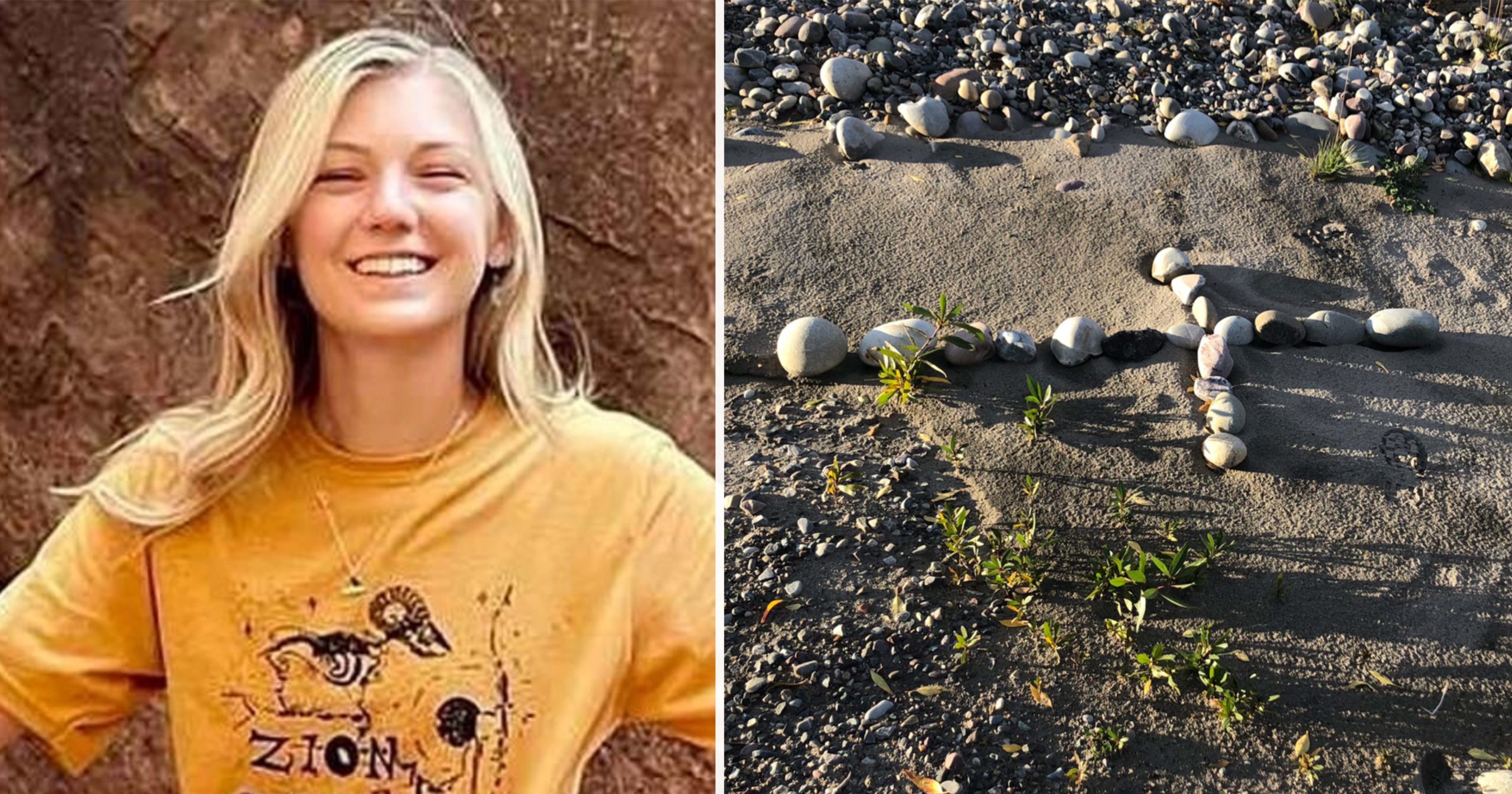 The body found near Grand Teton National Park at the weekend is that of missing Gabby Petito, officials have confirmed. Her tragic death has been ruled a homicide.

Several news outlets are now reporting that a stone cross has appeared in the area where law enforcement searched for and found the body.

A body “consistent with the description of” Gabby Petito was found Sunday in Grand Teton National Park, Wyoming. Late yesterday, the Teton County Coroner’s Office, as well as the FBI, have confirmed that it is that of missing Gabby Petito.

Petito, originally from New York, left Florida with her boyfriend Brian Laundrie in July for a cross-country road trip in a van – they planned to document their journey on social media.

The couple, who got engaged in July 2020, had planned for their road-trip to be four months long. Laundrie, however, returned home to Florida on September 1. 10 days later, Gabby’s family reported her as missing.

Her death has initially been ruled as a homicide, though the cause is pending the final autopsy.

´”It’s not a few hours’ worth of work it’s going to be at least a day, if not two. So there’s sort of the immediate exam, you know which is like looking at the body and then there’s testing the testing like toxicology,” she said, adding that things such as weather, animal activity and sun exposure could accelerate decomposition.

“Climate, really, really affects that so in mountainous with like direct sun exposure from what I’ve seen about the terrain there’s not a lot of like shade or trees.”

At this time of the year in Grand Teton National Park, the temperature can get to 77 degrees at its highest, according to the National Park Service. At night, meanwhile, temperatures can drop to as low as 30 degrees.

Due to the large differences in temperature, a deceased person’s body will be affected, Banerjee explained.

“That can affect the body as well as decomposition that happens regardless of where you are just when the body dies,” she said, though added that it wouldn’t affect the coroner’s determination about the cause of death.

Pending the investigation, specific information has been kept away from the public. Even when the autopsy is completed, the results might not be released to the public.

“With the media interest, you have to always think. What will and will not be released,” Banerjee told Fox. “As to what exactly, how she died. I think that is going to be kept very close to the vest because of how much has to be put together for legal purposes.”

Following the discovery of Gabby Petito’s body, another strange sighting has been seen in the same area. NBC report that a stone cross has appeared near the area that Gabby was found.

It consisted of rocks gathered by a nearby creek bed, and appeared at the Spread Creek Dispersed Camping Area, NBC reports. It’s not clear when the cross was placed there.

At the time of writing, it remains unclear what really happened to Gabby. What has been determined is that her fiancée Brian Laundrie is a “person of interest”. As yet, he hasn’t yet been charged with any crime.

On Tuesday, Florida police resumed their search for Laundrie. Investigators are combing the Venice side of the Carlton Reserve, a huge 25,000-acre nature reserve near the family’s home in North Port, Florida, according to CNN.

All our thoughts and prayers are with the Petito family. Rest in peace, Gabby.