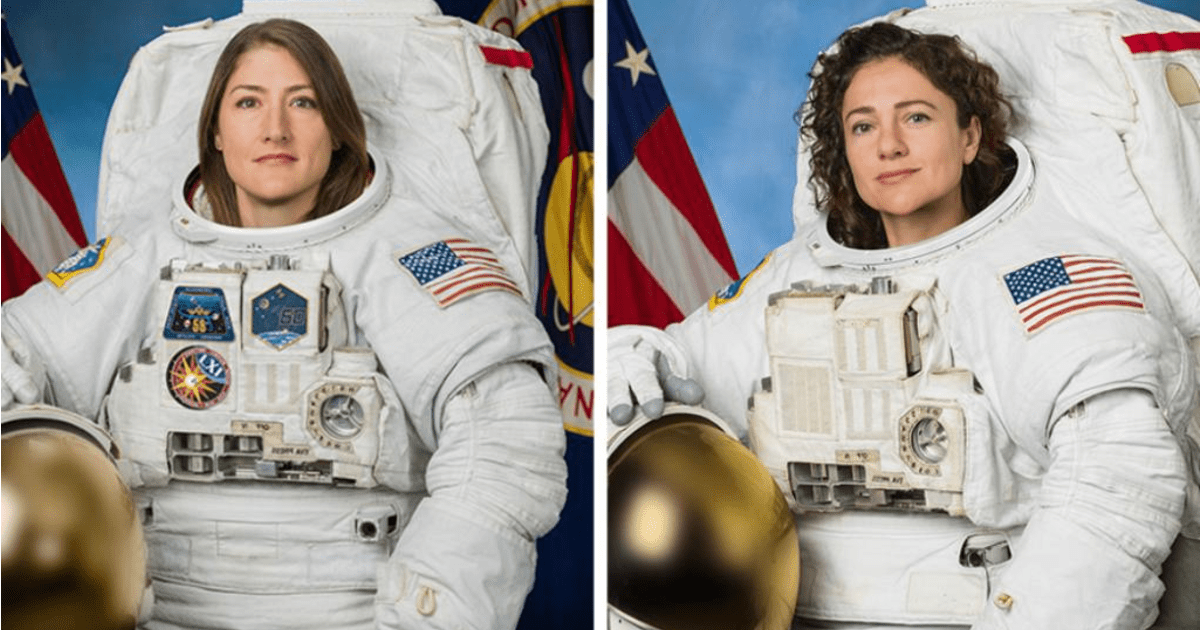 On October 18, Christina Koch and Jessica Meir made history. The two NASA astronauts embarked on the first-ever all-female spacewalk. The spacewalk officially began when the batteries in their suits were activated at 7:38 a.m.

As Koch and Meir exited the International Space Station via the “crew lock,” the four men aboard the station remained inside.

It’s also a first for Meir, as it will serve as her first spacewalk—she arrived at the International Space Station on September 25. She’ll also be the 15th woman overall and 14th woman from the United States to conduct a spacewalk.

During the five to six-hour spacewalk, Koch and Meir will replace a battery unit that failed to activate after new batteries were installed during an October 11 spacewalk.

While this is the 221st spacewalk to support the space station, NASA said this walk is significant because it will be the first that features only female astronauts. In March, Anne McClain and Koch were scheduled to perform a spacewalk, but it had to be scrubbed after there was an issue with the size of the spacesuits.

The spacewalk is a milestone and provides inspiration. Prior to the spacewalk, Meir said in an interview that the story she’s become apart of is an important one to tell.

In the end, I do think it’s important, and I think it’s important because of the historical nature of what we’re doing. In the past women haven’t always been at the table. It’s wonderful to be contributing to the space program at a time when all contributions are being accepted, when everyone has a role. That can lead in turn to increased chance for success. There are a lot of people who derive motivation from inspiring stories of people who look like them, and I think it’s an important story to tell.

You can watch a livestream of the spacewalk in the video below.

Awesome job, Christina and Jessica! Congratulations on becoming the first two women to be on the first all-female spacewalk. You are an inspiration to so many!

Share this to congratulate these women on this amazing accomplishment.