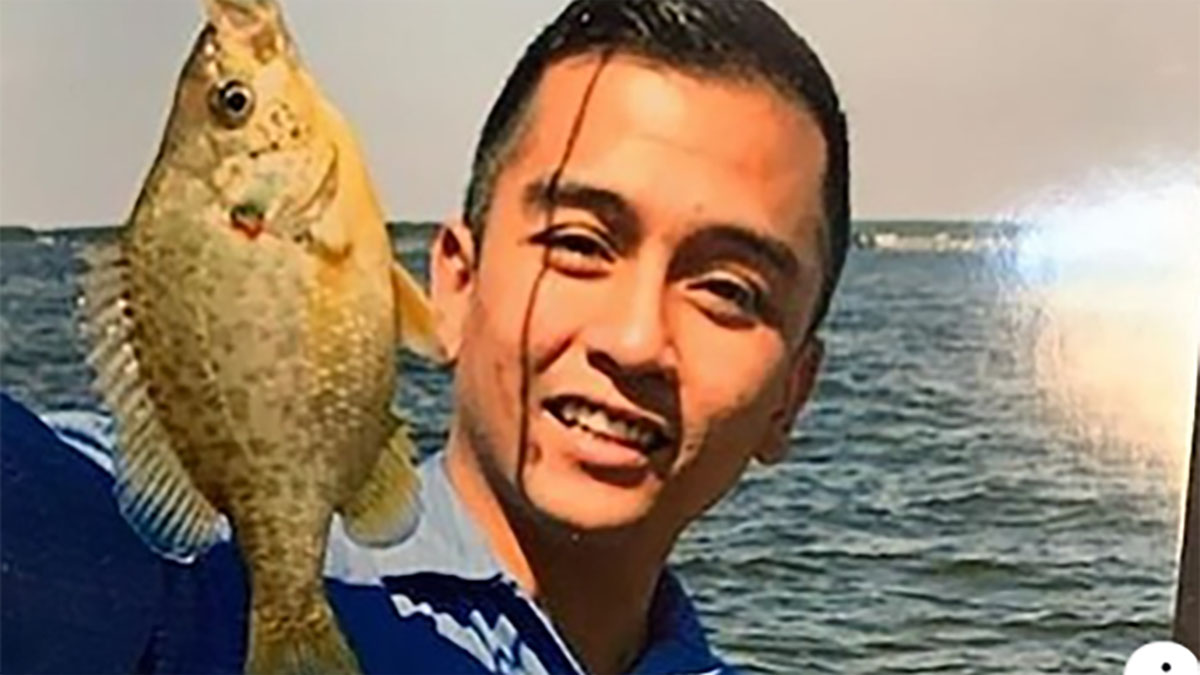 When Angelo Quinto had a mental health episode two days before Christmas his sister Isabella called police for fear he would hurt their mother. Three days later the navy veteran was pronounced dead.

Officers arrived at the family’s home in Northern California where Angelo’s mom Cassandra Quinto-Collins said she had been holding her son and he’d started to calm down.

According to the family, police then turned him over and pinned him on his stomach, while one officer held his legs and the other knelt on his neck, as reported by The Cut.

Lawyers for his family said police officers kneeled on Angelo’s neck for nearly five minutes to subdue him. Angelo lost consciousness and was taken to a local hospital, where he was pronounced dead three days later.

His family’s attorneys said a wrongful death claim was filed on February 18, as per CNN. The claim says Angelo was “suffering from anxiety, depression, and paranoia for the previous few months.”

In a cell phone recording taken by his mother she can be heard asking officers “What happened?,” after seeing her son laying on the floor unresponsive.

Officers roll him over to carry his body out, and his face is bloody. Paramedics administer chest compressions on Angelo as his mother continues to record asking further questions.

“I’m always going to regret calling the police and hope no one has to regret doing what they think is the right thing,” Quinto’s sister, Isabella, said, as per KTVU News.

His death is under investigation by the Contra Costa County District Attorney’s office. The Antioch Police Department has not released an official cause of death nor the names of the officers involved, as per The Cut.

“These Antioch police officers had already handcuffed Angelo but did not stop their assault on the young man and inexplicably began using the ‘George Floyd’ technique of placing a knee on the back and side of his neck, ignoring Mr. Quinto pleas of ‘please don’t kill me,'” the family’s lawyer John L Burris said.

According to his obituary Quinto was born in the Philippines and enjoyed fishing, drawing, cooking, and spending time with those he cared for.

“His creativity, humor, and drive will be missed greatly by his family and friends.

“He dreamt of having a career in the U.S. Navy, and worked long and hard to achieve that dream. In training, he took on a valuable leadership role and proved his bravery, as well as all the wonderful things he was capable of.”

My heart goes out to Angelo’s family, I can only imagine the heartache and I hope justice is properly served. Rest in peace.