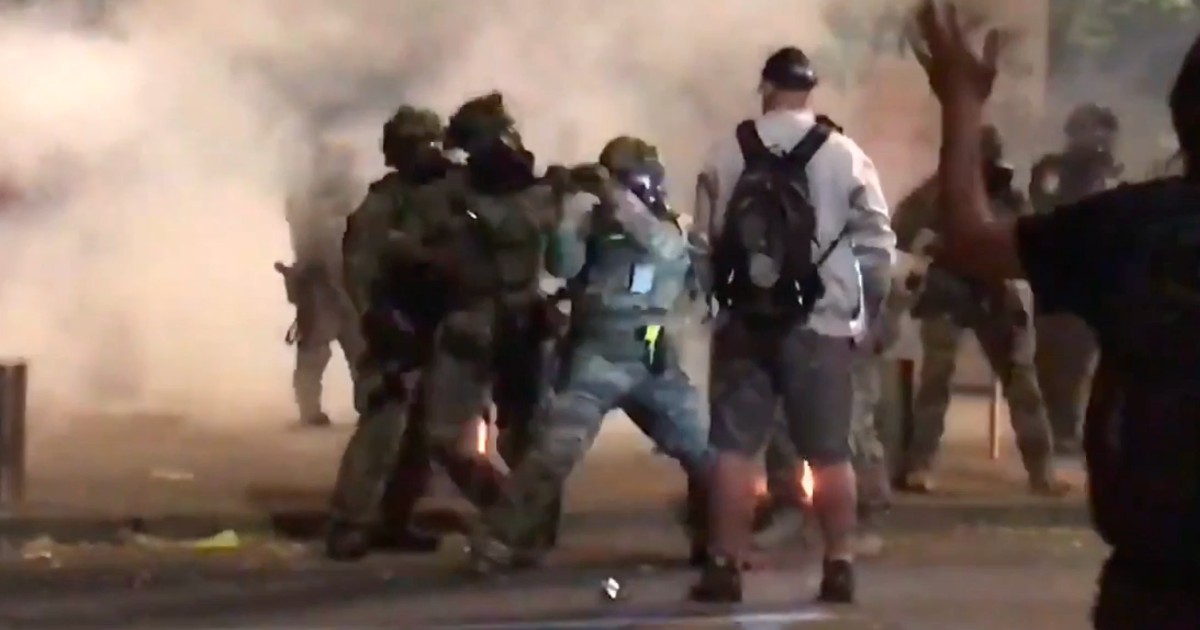 Christopher David, a Navy veteran, is speaking out after a video of him being beaten and pepper sprayed by federal officers went viral.

The incident took place in Portland, Oregon over the weekend where federal officers recently invaded the city in an effort to bring the protests under control. However, the officers have done anything but deescalate the situation.

“So I actually went down because I wanted to talk to them about it.”

David approached the officers, who are a new unit within the Department of Homeland Security and made up of officers from the US Marshals Service and Customs and Border Protection.

However, when he approached the group, the officers had no desire to talk to the man who was wearing a Navy sweatshirt. Instead they beat him with a baton and sprayed him with a chemical irritant.

“I stood my ground at that point and just stayed there … I did nothing provocative. They just started whaling on me with batons, and I let them,” he said.

“I probably could’ve taken a lot more baton blows if they had not sprayed pepper spray all over my eyes.”

The entire incident was caught on camera and later shared online.

“Why are you not keeping your oath of office?” he questioned the officers.

“There didn’t seem to be any design, or strategy, or plan to what they were doing,” he said. “It was bizarre. It almost looked like they were scared.”

Although David was able to walk away from the incident, he was left with a severe hand injury that will more than likely result in surgery.

Do you agree with the federal agents’ actions?