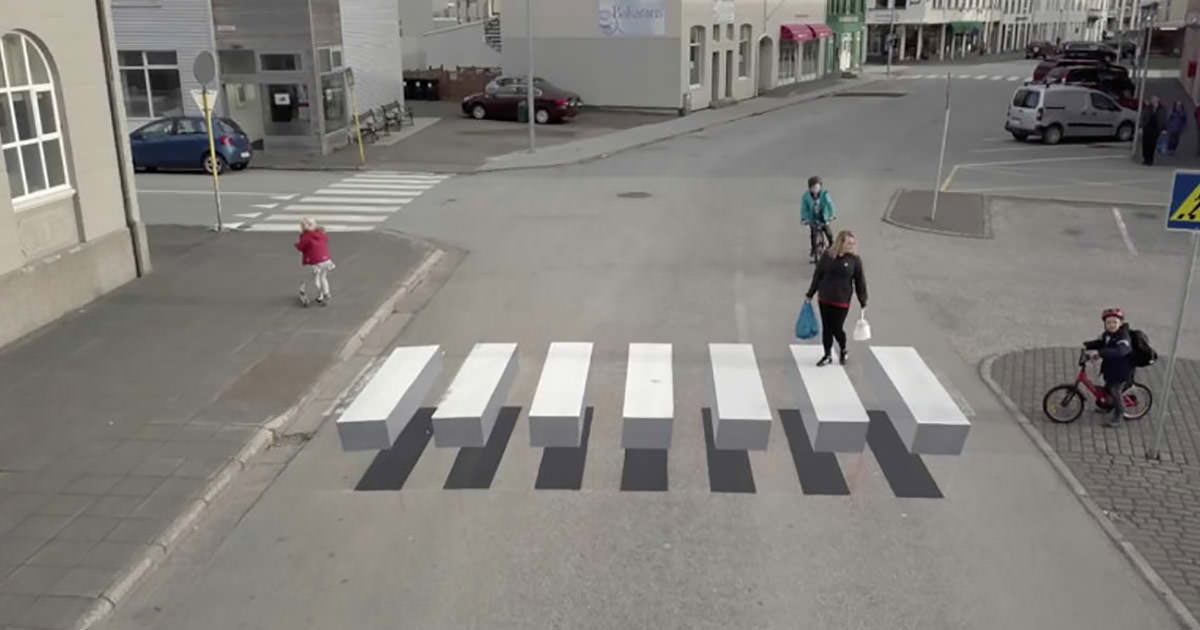 There was a time when cars didn’t even exist. Then came a when cars began to emerge at a scarily speedy pace. And, from that point onwards, the development within the automobile industry hasn’t stopped. Bigger, faster, and more equipped cars… and, unfortunately, also more and more dangerous.

I think many of us have at some point in our lives gotten annoyed at speedy drivers, driving well past the safe speed limit. We all know that accidents are more likely to be dangerous and even fatal with increased speed — so in Iceland, people decided to do something about it.

The small fishing community of Ísafjörður, with almost 3,000 inhabitants, was tired of speedy drivers in their town.

A committee was appointed to seek a solution to the problem. The committee turned to populated New Delhi in India — and returned with a brilliant idea.

In the middle of the road, in central parts of the city, they decided to install three-dimensional crosswalks.

Instead of just seeing the usual white stripes on the asphalt, drivers would feel like the blocks were hanging in the air… and blocking the road.

This experience would thus force drivers to begin to stop — drastically slowing down!

The idea appeared on the drawing board earlier this fall.

The country’s Transport Agency and police took some time to review the three-dimensional transition — and it is now in place.

See more about how the 3D crosswalk works in the video below — pretty amazing, right?

Do you think this should be introduced in your country as well? Please share your thoughts in the comments field.