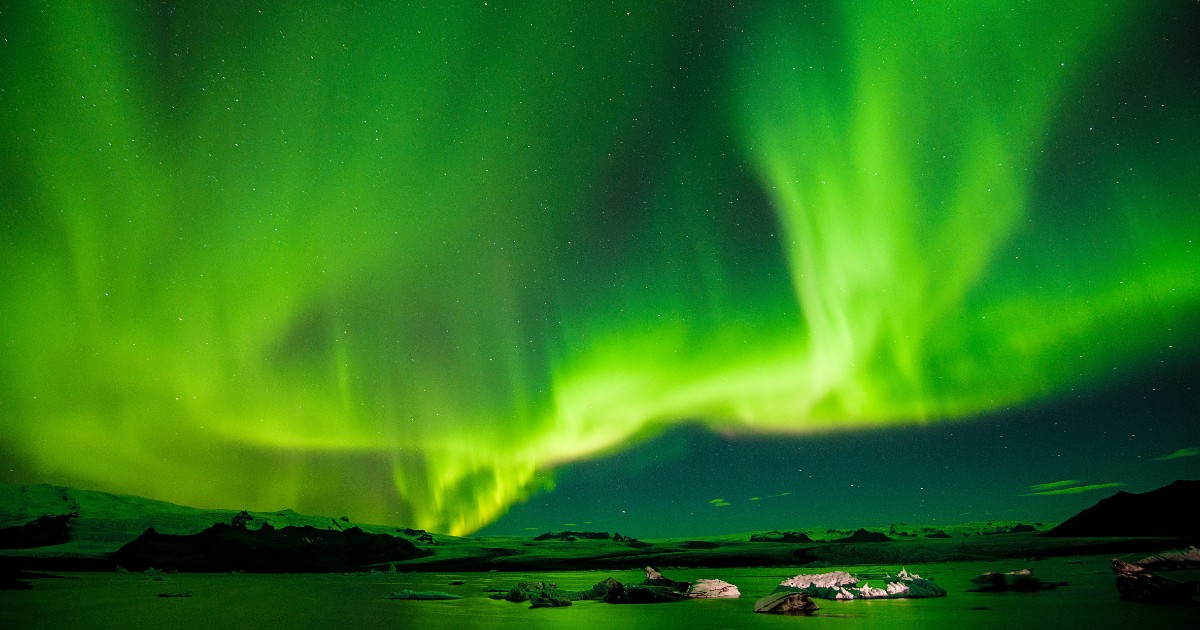 If witnessing the northern lights is on your bucket list and you live in the northern tier of the United States, you might be in luck.

The Space Weather Prediction Center has issued a geomagnetic storm alert from December 9 until December 11 for a solar storm that’s emitted a coronal mass ejection (CME).

According to the prediction center, the CME is predicted to arrive late on December 9. The effect is expected to not only continue, but increase throughout the week, which raises the potential for a strong solar storm.

The CME will interact with the Earth’s magnetic field resulting in the northern lights.

The northern lights, also known as the aurora borealis in the north, are caused when electrically charged particles from the sun enter the earth’s atmosphere and collide with gaseous particles.

The vibrant displays of colors appear in many shades, but green and pink are the most common.

Because the auroral oval changes position based on solar wind and interplanetary magnetic field, the northern lights aren’t always visible in the same location.

That’s why the northern tier of the United States has a fairly good chance of seeing a celestial show Wednesday, Thursday, and Friday, whereas normally they would not.

If you live anywhere in the arc that stretches from Washington to Maine, you might have a good chance of catching the lights on Thursday.

While there’s a possibility that the northern lights will be visible as far south as Missouri.

Of course when looking for the northern lights you’ll need to take your location into consideration. For the best chance, you’ll need a dark sky, something with very little to no light pollution. And you’ll obviously need a clear sky.

Once you have your spot, be on the lookout for any lights in the sky. The northern lights can take on any shape and don’t always move.

Will you try and catch the northern lights?