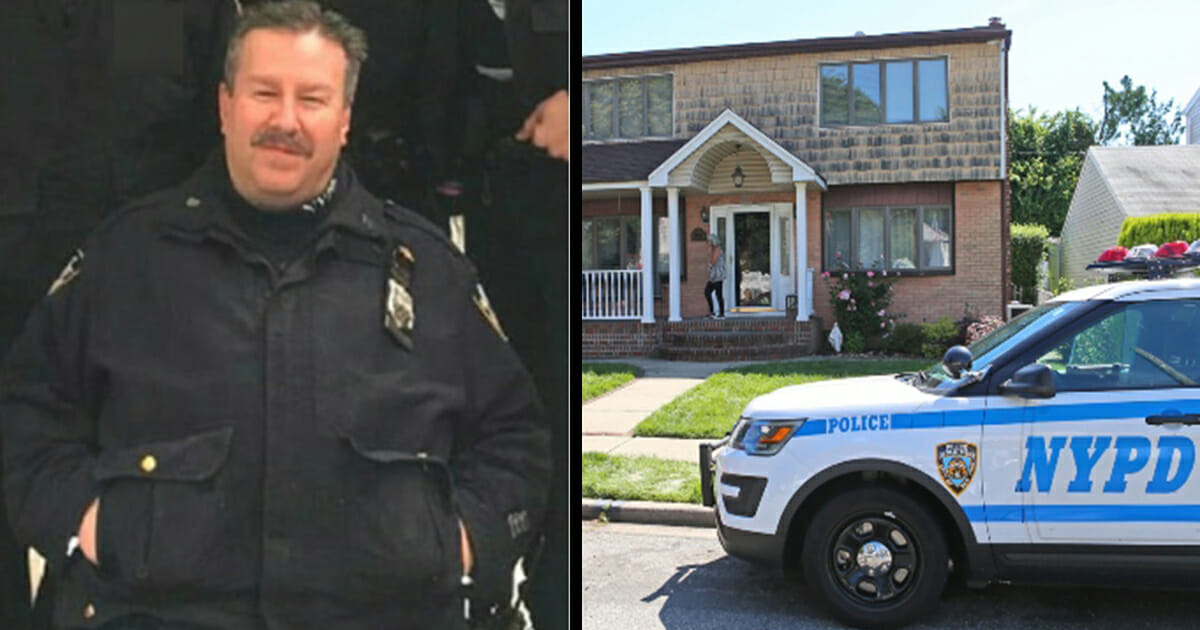 An off-duty NYPD officer is believed to be the fourth officer to this month take his own life, according to reports.

Police say that Kevin Preiss, 53, was found dead at his home in Hicksville, Nassau County, Long Island from a gunshot wound to the head at around 9:50 p.m. on Wednesday.

It’s being reported that his death was by suicide. Preiss was just three days away from celebrating his 25th year with the NYPD.

Our final Salute to Officer Kevin Preiss. ?
We are deeply saddened to hear of his passing. He was the first to greet us for roll call during our 50th precinct visit. A true gentleman, kind, warm and very welcoming. We will always be grateful for this moment we shared. #NYPD pic.twitter.com/mxspA1BDsZ

Neighbors reportedly saw Preiss on the porch of his home at around 9 p.m., under an hour before he’s thought to have shot himself. Neighbor Ellen McGreevy said:  “It’s horrible that a person would be driven to that — not be able to get the help they need and feel so helpless.

“I can’t imagine what drove him to that point.”

Indeed, Preiss had his own family and children, but his is sadly not an isolated case. In the first six months of 2019, six NYPD officers have killed themselves, as per the Police Department.

Staten Island officer Michael Caddy shot himself inside a parked car on June 14, while Deputy Chief Steven Silks, 62, shot himself on June 5, not long after filing his retirement papers.

Then there was retired officer Donghai Hu, who may have been suffering from PTSD from his time serving in the military. His body was discovered on Monday after he hung himself in his home at College Point, Queens.

Fourth NYPD officer to die by suicide in three weeks is identified by law enforcement sources as Kevin Preiss, a 24-year veteran of the force with a wife and children. https://t.co/MxCWjM3EN7

In a video posted to Twitter two weeks ago, Chief of Department Terence Monahan urged members of the NYPD Department to ask for help if they are struggling with their mental health in any way.

Continuing the conversation on mental health couldn’t be more important. I want every member of the NYPD to know:
?you have options
?the department is here for you
?seeking help will not adversely affect your career

Please share the message. It could save a life. #StopSuicide pic.twitter.com/e6RTk1FVbP

Rest in peace, Officer Preiss, and indeed all the other officers who have taken their own lives.

Please share this article so that a conversation can be started about mental health. The more we talk about, the more comfortable people who are affected by it are able to discuss potential issues. It’s always OK not to be OK.