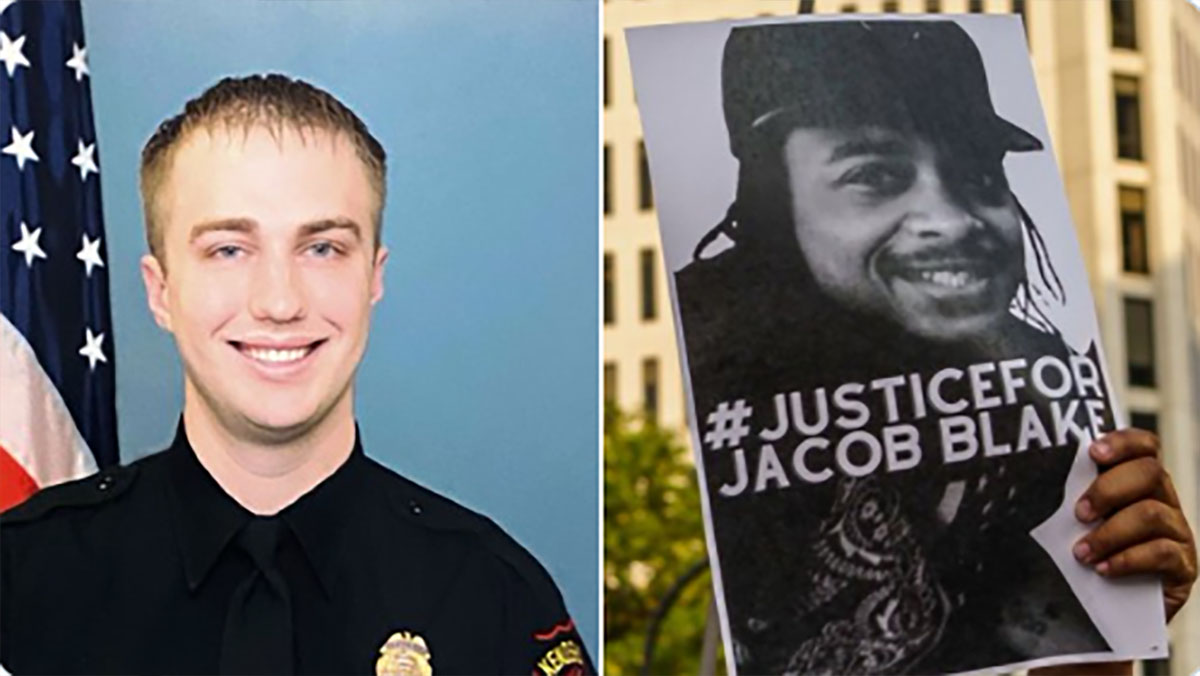 The Wisconsin police officer who shot Jacob Blake seven times in the back has returned to duty after being cleared.

Father-of-six Jacob Blake was shot by white police officer Rusten Sheskey, in front of three of his children, in August 2020.

Officers from the Kenosha police department had been called to a domestic incident and had attempted to arrest Blake on an outstanding warrant in Wisconsin.

The 29-year-old walked away from officers and as he leaned into his SUV where three of his sons were sitting, he was shot in the back 7 times. The incident left Blake paralyzed from the waist down.

Sheskey, who was put on administrative leave while an investigation was carried out, said he shot Blake because he feared for his own safety. Blake later admitted there was a weapon in the vehicle but it was unclear as to where it was at the time of the shooting, as per TMJ4 News.

DCI agents later found a knife in the driver’s side floorboard of Blake’s vehicle, the report added.

District Attorney Michael Graveley announced in January that the officer would face no criminal charges, and he returned to duty on March 31 after being cleared.

Graveley said he could not disprove the officer’s claims that he feared for his life when he shot Blake because the 29-year-old had a knife.

Kenosha’s police chief, Daniel Miskinis, said in a statement: “Although this incident has been reviewed at multiple levels, I know that some will not be pleased with the outcome; however, given the facts, the only lawful and appropriate decision was made,” as per the Milwaukee Journal Sentinel.

In September Blake spoke from his hospital bed saying he was in “constant pain.”

Jacob Blake has since filed a federal civil rights lawsuit for damages against the officer, claiming his use of deadly force was excessive, violated Blake’s rights under the Fourth Amendment’s protections against unreasonable seizure, and was done with ‘malice, willfulness, and reckless indifference’ to Blake’s rights.

What do you think about this officer being allowed to return to duty? Please let us know your thoughts in out comments section below and share this story.