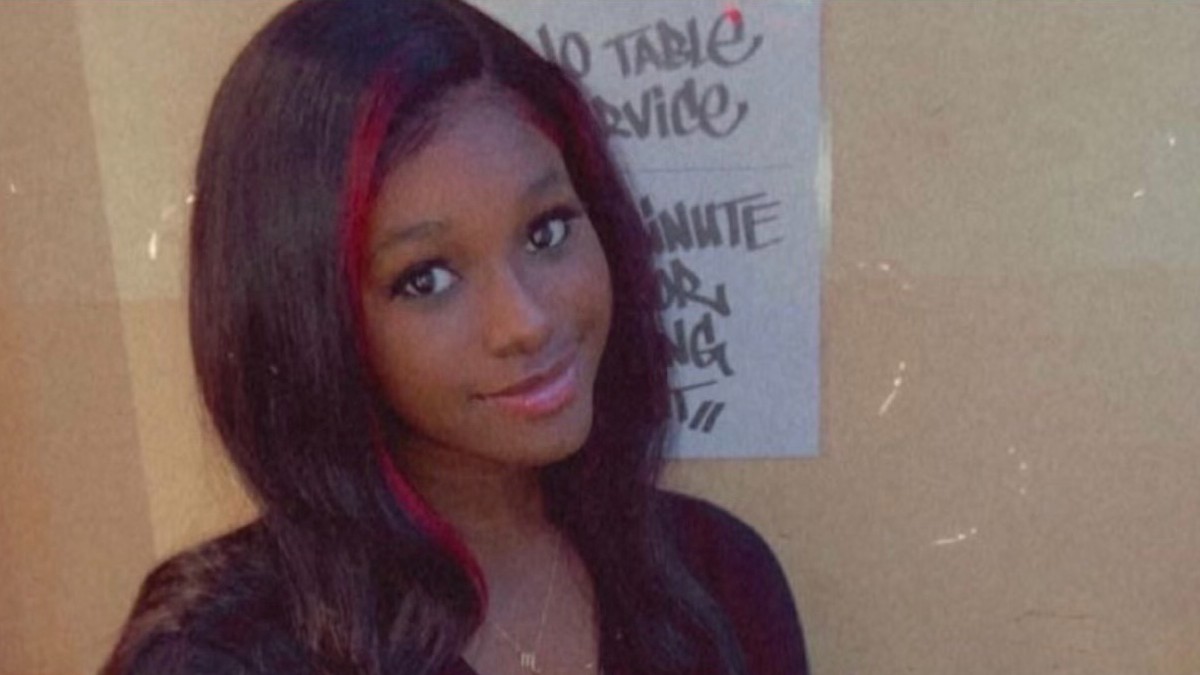 “It appears that this poor girl took her own life,” Erie County District Attorney John Flynn said during a Thursday morning press conference.

The DA went into detail about her last known whereabouts and what led to officials’ conclusion that she died by suicide.

Saniyya, a college sophomore from Bronx, New York, was last seen leaving her residence hall around 11:00 p.m. at SUNY Buffalo State College on April 24, according to the school’s University Police Department.

While she was last seen at her dorm, her cell phone was last pinged at Goat Island in Niagara Falls.

“We combed the whole park, even places where she was nowhere near, putting up flyers,” Byrd told WGRZ. “The dogs came out yesterday, and today they had the helicopter for the search.”

Although the searches did not lead them to Saniyya, no one was giving up.

But on Thursday, after nearly two weeks officials provided an update which included a timeline that they believe ends in tragedy.

According to the DA, Saniyya got into an argument with her boyfriend, who lives in New York City and was there the entire time. The two spoke on the phone and via text and the end result was he broke up with her.

Later, she reportedly contacted another male friend who also lived in New York City and informed him of her plan to commit suicide. The two spoke on the phone for approximately four hours.

The DA said that by the end of that conversation she was reconsidering her decision. However, an hour later, around 11:00 p.m. she threw “personal items that would lead someone to believe that she was not returning to the dorm” in a garbage can on campus.

After throwing out her personal belongings, which have not been revealed, she got on a bus. She switched buses and got off at Niagara Falls Visitor Center.

By now it was midnight.

Security cameras captured her walking across the bridge to Goat Island where she used her phone to contact two people. She texted her mother and told her she loved her and she’d call the following day.

Saniyya also spoke with a friend for 45 minutes after he texted her and threatened to call the police.

Around 1:00 a.m. the 19-year-old took a selfie with Niagara Falls in the background, and then she contacted at friend at 1:22 a.m. saying she wouldn’t be seeing him over the summer.

Searches have been underway ever since.

Several days after her disappearance, police K9s picked up her scent on the other side of a railing on Goat Island.

“I can’t conclude anything until I find and have her,” Flynn said. “This pains me to even say this out loud as a father of five, but the area down below here, as we all know by looking at the Falls, is just filled with rocks. There is a possibility if what I believe happened, happened, then we may never find the body.”

Despite the chances that Saniyya may never be found, officials are not giving up.

“My office and our partners in law enforcement have found no evidence of any criminality in this case. All evidence indicates that Saniyya ended her own life, but the investigation into her disappearance will not be closed until she is found,” Flynn said.

My heart goes out to Saniyya’s friends and family during this extremely difficult time. I can’t even begin to imagine what they’re going through.

If you or anyone you know is struggling there is help. Contact the National Suicide Prevention Lifeline at 1-800-273-8255 at any time of the day.