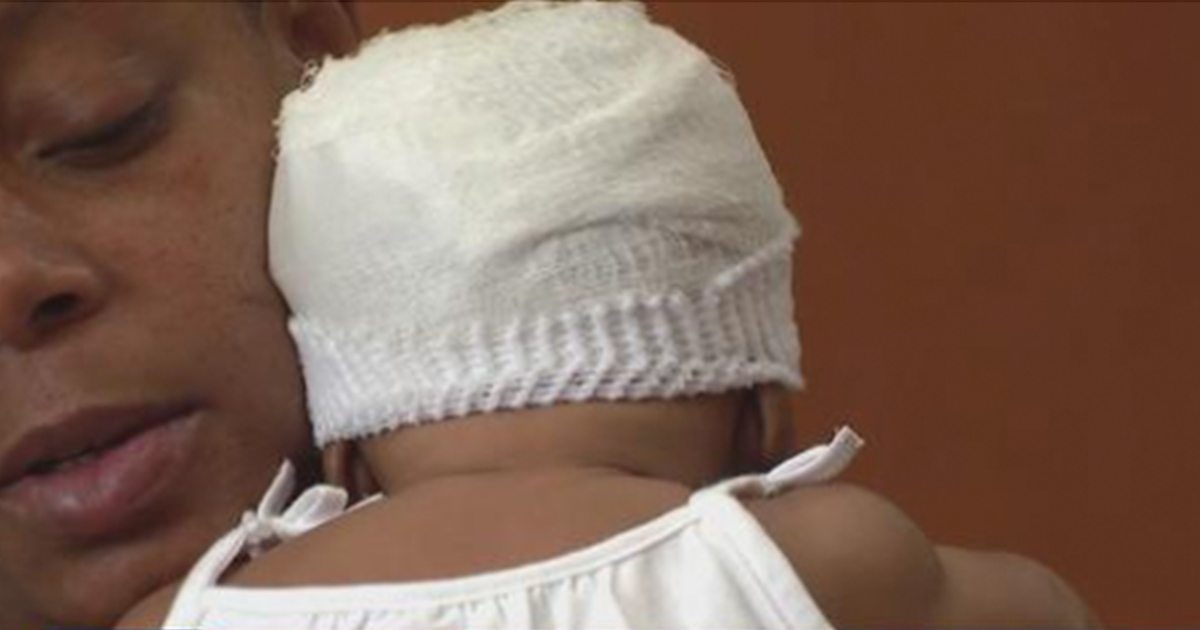 A baby shot in the head earlier this month in a mass shooting in Englewood, Chicago, has been discharged after spending 15 days in hospital.

The one-month-old baby girl along with half a dozen other people were injured in the daytime attack in Englewood on July 1.

Video footage from a nearby security camera showed three gunmen pulling up in a dark-colored Jeep and shooting in all directions as residents ran for their lives.

The family of baby Terriana Smith, who was injured in the shooting, now say they’ve had enough and are moving out of Chicago.

Terriana, who is the youngest victim of gun violence in the city this year, had to have surgery after the bullet hit the top of her head, just missing her brain, as reported by ABC7 News.

“I’m getting out of here, today. I have to leave Chicago,” said Terriana’s mother Tyeshia Banks. “I love this city, but I can’t stay anymore.”

The baby girl was strapped in her car seat in the back seat of her mom’s car when she was wounded. Police say six adults were also injured.

Tyeshia said a police officer rushed them to hospital where her baby had to have emergency surgery.

“I didn’t ever think my baby was going to die, because she was just looking at me like ‘Mama what happened?’” she said. “I love these doctors and thank you so much. I want to thank you all so much for saving my baby.”

She said this wasn’t the first time she has been affected by gun violence, mom Tyeshia said she was shot seven years ago just six blocks away from where her daughter was injured, as per ABC7 News.

“I was sitting in my car, and someone came past shooting, and I got shot. It happens everywhere, but Chicago is the worst. It’s the worst.”

Chicago police have yet to charge anyone with the attack and investigations are ongoing.

According to Chicago police, 172 children have been shot and 25 kids have been murdered so far this year, ABC7 reports.

How many children have to be injured and killed due to gun violence before something is done?

I’m thankful this baby girl is okay and her family are moving away but is that really what people have to do to escape the violence when sensible gun laws could be put in place to help reduce these shocking statistics and help people feel safer in their neighborhood.