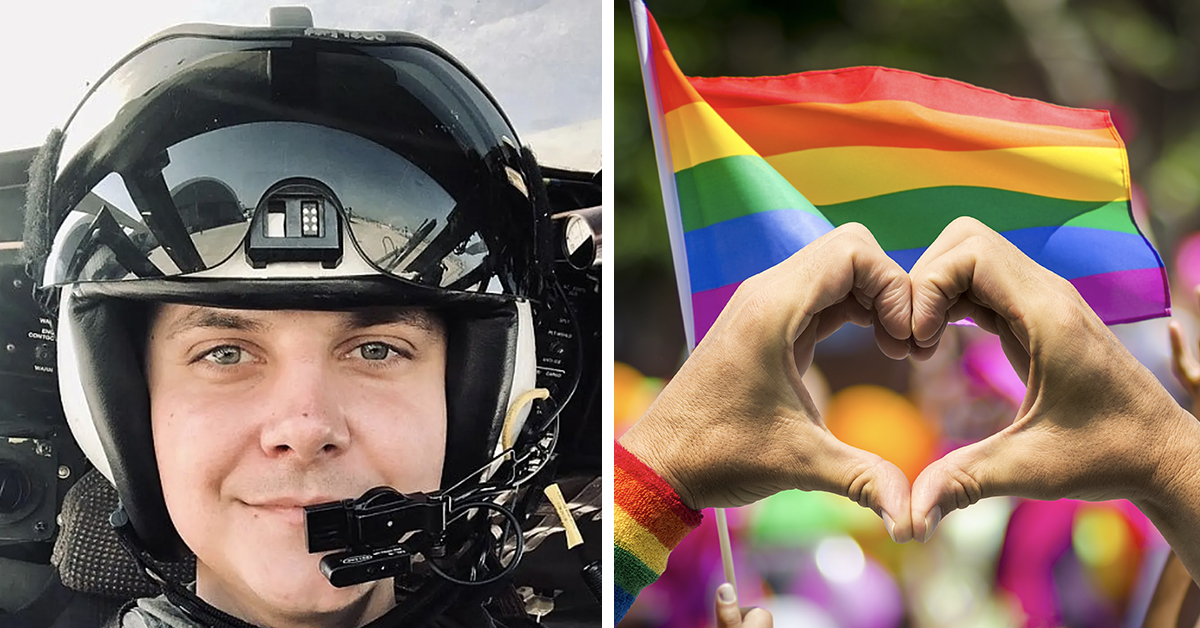 An openly gay pilot has revealed he is now leaving the US Navy after feeling “segregated” by homophobic harassment.

As per reports, Lt. Adam Adamski joined the US Navy six years ago, and has generally felt accepted and supported with regards his sexual orientation.

Yet an incident that occurred in 2019 is said to have left him disillusioned with life in the military, and – coupled with an injury he sustained last year – he’s been left with no option but to call time on his Navy career.

The “Don’t Ask, Don’t Tell” Repeal Act came into force back in 2010, undoing legislation put in place by the Clinton administration that allowed people to serve in the military only if they kept their sexual orientation confidential.

That legislation was passed, as you probably can guess, was despite the fact that no evidence can support the theory that a person’s sexual orientation had no effect on any aspect of military effectiveness.

Even so, the subject remains a much-debated talking point today, 11 years after the aforesaid repeal act. For pilots like Lt. Adamski, it’s something that directly affects his life.

According to a report in KPBS, Adamski, a helicopter pilot with Navy search-and-rescue, works closely with the Marines. In 2019, he was invited to a West Coast Marine Corps Birthday Ball at Pala Casino Spa and Resort in California. At the culmination of the ball, he was then invited to an after-party.

However, Adamski said that when he got to the hotel room, “I knew something wasn’t right.

He told how other marines came forward to show solidarity, and a few encouraged him to file a complaint.

“I received numerous calls from people that are in the closet, in that squadron,” he said. “Both men and women and openly gay service members. Telling me that they are upset. That the climate, especially for pilots, is not a good climate and they think that I should report it.”

Lt. Adamski would later file a complaint that was substantiated by a squadron commander and Navy Inspector General, the latter of whom said he would pull the offenders’ wings.

Adamski, however, replied: “I want an in-person apology from all three of them. I want a meeting, in which they are there and I can talk to them.”

Two years have passed since the incident, during which Adamski has found his Navy career less enjoyable. Not only that, but he ended up breaking up with an Air Force Pilot who was put off of coming out himself by Adamski’s experience.

“I lost a lot,” Adamski confided. “I’m not happy. I no longer feel I’m an effective leader, an officer, a pilot. I don’t feel part of the military anymore. I feel segregated.”

I can’t believe such prejudice still exists in the world today, let alone amongst people who are supposed to serve with the utmost professionalism.