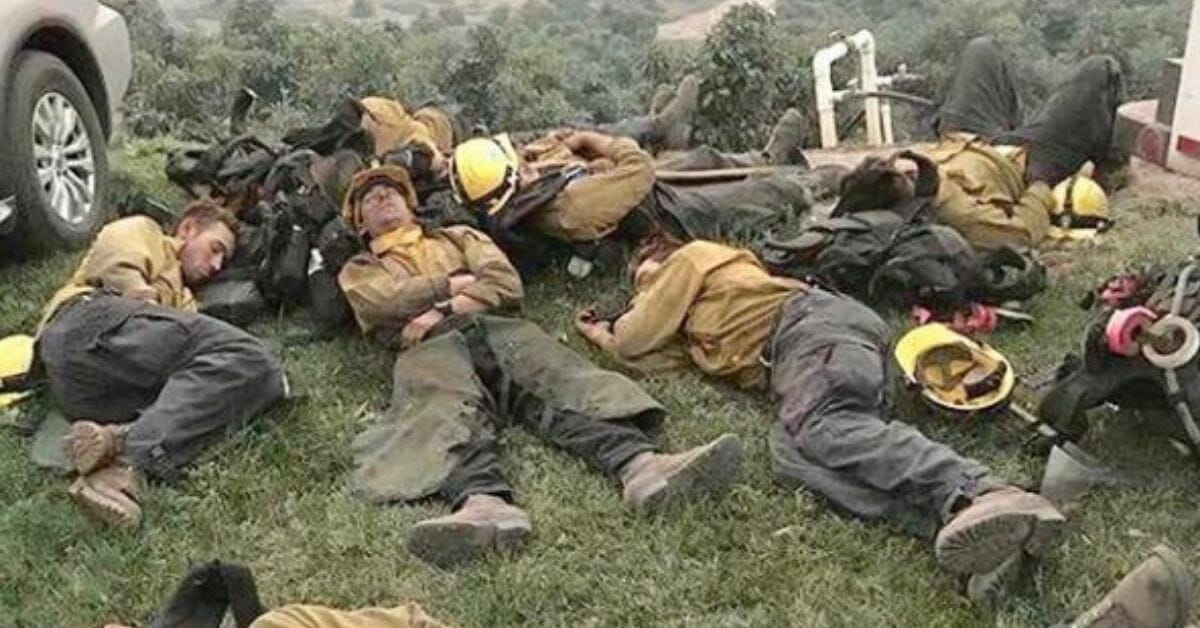 As of Monday evening (last night), the most recent spate of California wildfires have claimed the lives of 42 individuals and left thousands homeless and without livelihoods.

President Donald Trump has now officially declared it a major disaster, and the worst part is that there’s no end yet in sight.

It’s being reported as little as 30% of the fires have been contained, with the remaining 70% a serious threat for any and all in their path.

Once again the fire raze California. I want to send encourage to all the families of the people deceased and affected and also all the strength to the fire-fighting team

Yet whilst families scrabble to flee the area with loved ones, belongings and pets, there are a select few brave souls running in the opposite direction.

Of course, we’re talking about the brave firefighters. They continue to do all in their power to limit the devastation the fires have wrought and bring the catastrophe to an end as soon as possible.

It goes without saying that this isn’t the first time California firefighters have had to tackle wildfires on a terrifying scale, but given the situation at hand we could all use a timely reminder of their unwavering courage in the face of such adversity.

So it is that one crew’s old photo has gone viral. The Kern County Fire Department shared a group of sleep deprived firefighters on the brink of exhaustion, and the picture spoke to so many people that it quickly picked up traction online. These firefighters were taking a much-needed break as they battled against the flames that ravaged California last December.

This is a photo of our Tehachapi Wildland Fire Crew 11. Our crews have worked hundreds of hours to help battle the #thomasfire. These fire fighters work 24 hour shifts and are pushed to the point of exhaustion. Thank you for your dedication and hard work to help the communities of Southern California.

The photo has resurfaced in light of the epic struggle the fire department are now facing. Let us never forget that it’s ultimately the bravery of the few that will fight to keep this ruthless inferno away from the many.

We hope and pray the authorities can tame these wildfires before too long.