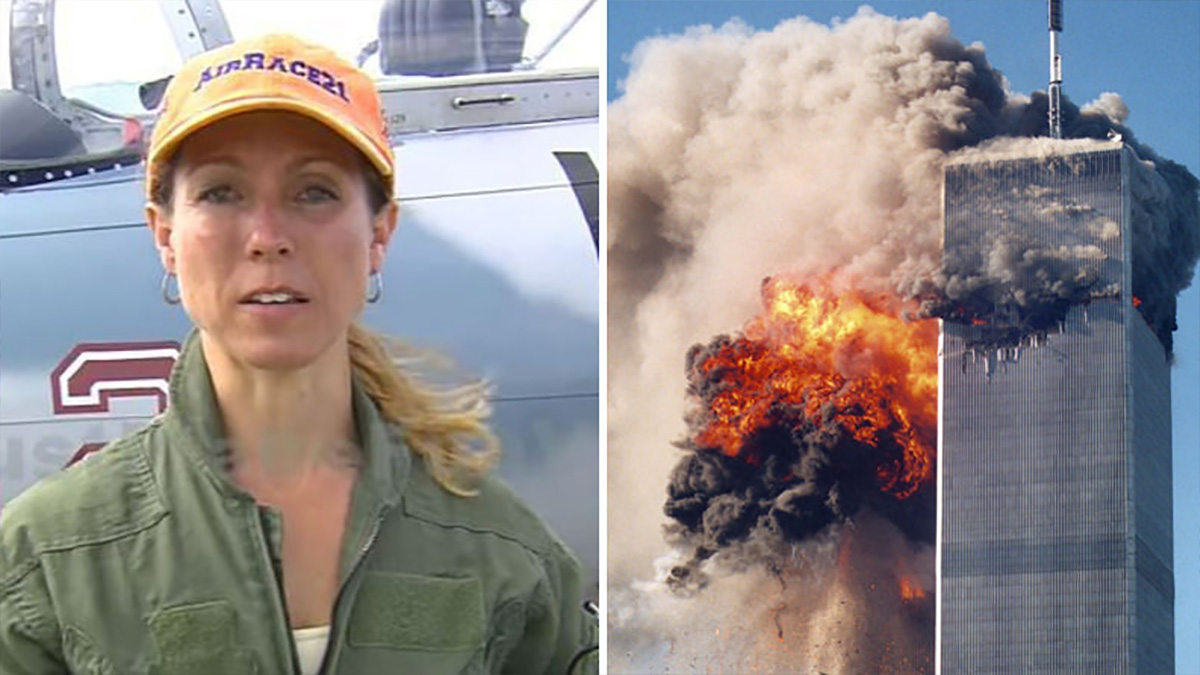 Nineteen years ago a catastrophic event changed the way we all view the world.

Around the world we all watched in horror as two planes crashed into the World Trade Center causing both towers to collapse and one crashed into the Pentagon, the headquarters of the U.S. Department of Defense.

Another plane was headed toward Washington D.C. and it was at that moment 25-year-old Heather “Lucky” Penney and Colonel Marc “Sass” Sasseville started their F-16 Fighting Falcon aircraft and took off to intercept it.

Since there had been no time to arm their aircrafts they could only stop the hijacked airliner by ramming into it.

“I’m going to go for the cockpit,” Colonel Sasseville told her. “I’ll take the tail,” Heather, a new first lieutenant serving as a training officer based at Andrews Air Force Base outside Washington, said, as per the Military Times.

As they flew toward the Pentagon they saw the smoke “billowing out of the building.”

Heather said: “I didn’t dwell on that because we had more important things to do. It was a completely surreal experience.”

Both brave pilots headed as far as they could to find the plane but later learned that United Flight 93 had been taken down by a group of passengers on the plane, forcing it to crash in a field in Pennsylvania before it could get to D.C.

Heather said these brave passengers were the “real heroes because they were willing to sacrifice themselves, but then so was she,” reports the Military Times.

Penney now works as the director of United States Air Force Air Superiority at Lockheed Martin Aeronautics Company. At the time she was ordered to take down the United Airlines flight she was “the only woman in her fighter squadron.”

When she was given the order she was prepared to sacrifice her own life to bring down the aircraft, knowing there was no time to arm her aircraft with any weapons.

Speaking to the Washington Post in 2013 she said: “There are things in this world that are more important than ourselves. Freedom. The Constitution of the United States. Our way of life. Mom, baseball, apple pie; these things and so many more that make us uniquely American.

“We belong to something greater than ourselves. As complex and diverse and discordant as it is, this thing, this idea called America, binds us together in citizenship and community and brotherhood.”

Despite her willingness to sacrifice her own life she still doesn’t believe she’s special.

“I’ve been called a hero for what I was willing to do. But I’m not special. I just happened to be standing at the Ops Counter when we finally got the call,” she said.

“The truth is, any one of us would have made the same decision, would have been willing to do exactly what I was prepared to do – and what the passengers on Flight 93 did do.”

I do think Heather is a hero for what she was willing to do that day. Thank you for your service.