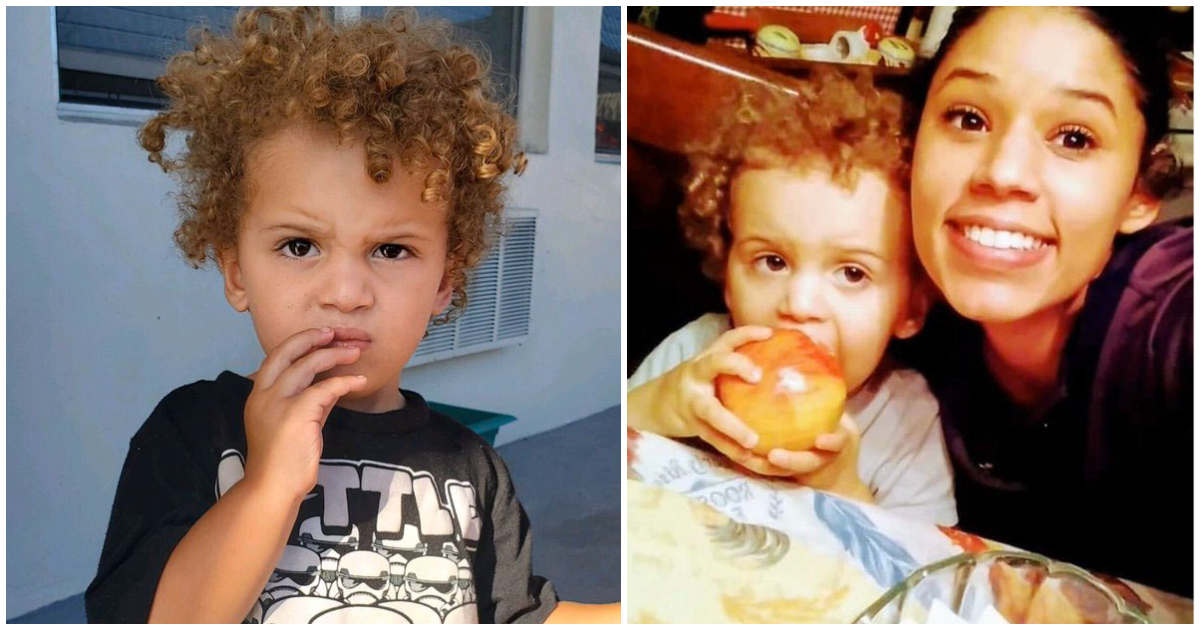 Police in Miramar, Florida are desperately trying to get a lost little boy home to his mother — wherever she is.

The toddler, about 2 or 3 years old, was found wandering on his own near an apartment complex on Sunday. He was wearing only a t-shirt and diaper.

The Miramar PD searched for the boy’s family, but as a day passed they became deeply concerned after no one came forward. None of the residents at the apartment complex recognized the child.

“It’s heartbreaking because nobody’s looking for him,” Ebony Williams, who found the child, told CBS Miami.

While the search continues, the missing child is safe and said to be a playful little boy.

Police have one credible lead they are pursuing: the child could belong to a missing woman named Leila Cavett. Family members recognized the boy as Cavett’s son Camden.

“Someone sent it to my sister and they sent it to me and I said 100 percent that’s Kamden, but the question is why are they in Florida,” Leila Cavett’s sister Gina Lewis told WPLG.

But no one knows her current whereabouts. She isn’t from the South Florida and it’s unclear what she was doing in the area.

Police are now searching for Leila Cavett—and are concerned for her safety.

“Were in the middle of a pandemic,” Lewis said. “So it’s not like they were taking a vacation out of the blue with the baby. There’s no way.”

It’s a frightening situation all around, and we hope this case is solved and everything works out for this family.

Anyone with information about Leila Cavett or her son are encouraged to contact the Miramar Police Department at 954-602-4000.

Let’s spread the word on this important breaking story, share this article!