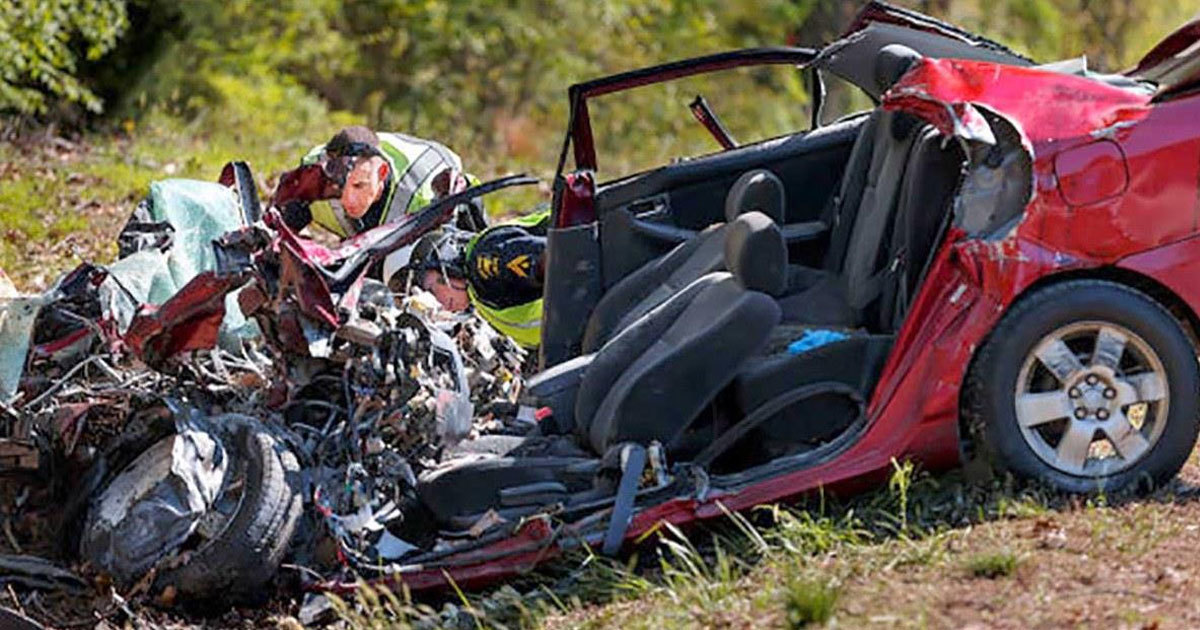 Suddenly, Pharell William’s hit song “Happy” came on the radio. As she was in a good mood that day and loved the song, she grabbed her cell, took a ‘selfie’ – and uploaded the pic to Facebook – writing how happy the song made her.

“The happy song makes me HAPPY!”, Courtney wrote under the photo she posted of herself on her Facebook page.

This Facebook status would be the last Courtney ever wrote.

That’s because when she took the picture and wrote the text, she had not stopped her car. She did all of it while she was driving.

And while Courtney’s eyes stared down at her phone, her Toyota steered over the center line and across the street – towards oncoming traffic.

Courtney crashed with a ten ton heavy truck while driving at 40 miles an hour. Her car went off to the side of the road, crashed into a tree and then set on fire.

She died immediately, leaving behind her parents and two brothers.

Courtney had a promising career in healthcare, but one small terrible decision cost her everything.

After being identified, her family and friends were questioned by the police. That’s when they learned that she’d posted something on Facebook just around the time when the accident occurred.

At closer glance, the police saw that the Facebook post had been posted just a few seconds before Courtney’s fatal accident.

The police found Courtney’s cell phone at the scene of the accident. The Facebook entry still appeared on the screen: “The happy song makes me HAPPY!”

When the police spoke to the media about the tragic accident, they urged the public about the importance of never using cell phones while driving.

Watch a news report about the tragic incident below.

If your phone rings and you need to answer – always, always stop your car first, then answer. And never use Facebook or anything else on your phone while driving.

Please share and help spread this vital information. You may save a life.