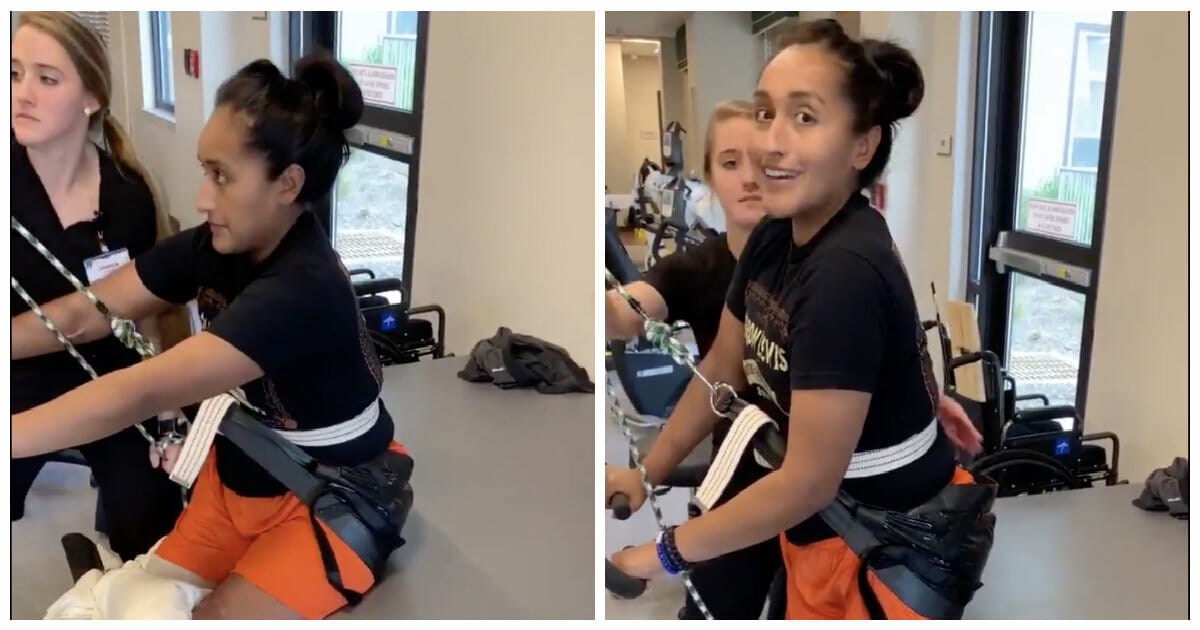 A police officer severely wounded in the line of duty took a major step towards recovery recently, as one inspiring video shows.

On the night of May 18, Claudia Cormier, a police officer in San Marcos, Texas, responded to a call regarding hazardous items on the highway, according to KVUE.

But shortly after arriving on the scene, Cormier was the victim of a horrific accident: she was struck by a car, reportedly by a drunk driver.

The crash severed her leg, and she would have bled to death on the spot if not for the assistance of passerby. An off-duty nurse wrapped her leg in a makeshift turniquet, and a local family pulled over to give emotional support.

“Without people like that I don’t know that she would have survived,” Police Chief ChaseStapp told KVUE. 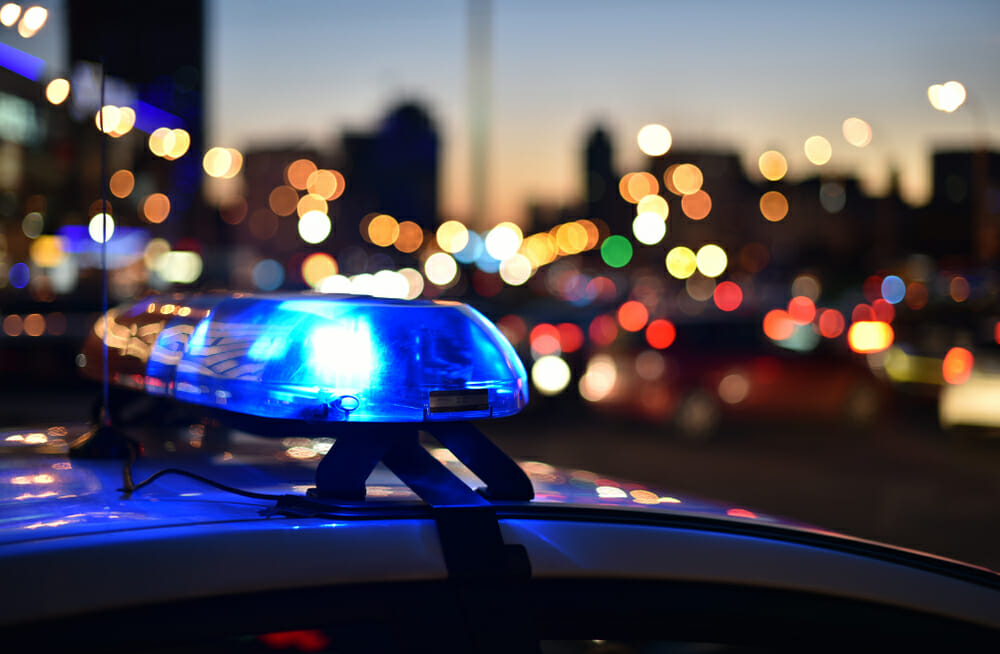 Cormier survived, but lost her leg. The driver, Neil Sheehan, was charged with a second-degree felony.

Despite the horrific accident, the officer was determined not to let it set her back—and to return to the force as soon as possible.

She told Chief Stapp that she “will be back,” only 48 hours after the accident.

When your critically injured officer FaceTimes you less than 48 hrs after a life threatening injury to say that she WILL be back…just wow! #SheIsAFighter #ProudChief

“I’ve known Claudia to be a very determined person during the time that I’ve worked with her,” Stapp told KVUE. “But I think we’re about to find out exactly how determined and courageous she is.”

“Right now we’re focused on getting her well and supporting her every way that we can.”

Today, #SAPD Officers paid a special visit to San Marcos Police Department Officer Claudia Cormier who’s recovering in San Antonio from an on-duty injury. We want to wish her the very best in her continued recovery. You are a true inspiration ? pic.twitter.com/NOw6Pq6fML

It’s a long road to recovery—but just about two months later, Cormier has made a major step forward.

In a video posted by Chief Stapp on Twitter July 23, Cormier stands for the first time since losing her leg:

Just a little more than two months after losing her leg in a tragic on-duty accident, SMPD Officer Claudia Cormier stood up for the first time since the crash today. She’s an inspiration to us all. #CCStrong pic.twitter.com/bByI1x7llh

“She’s an inspiration to us all,” Stapp wrote.

That determination she showed after the accident is on clear display here, and while her husband Jayson tells FOX 7 that it will still be a year or two before she is back on the force, it’s still clear that this officer is working hard to get back on her feet.

“She’s the life of our department, she’s amazing and after going through this once she gets back, she’s going to be a living legend there,” Jayson said.