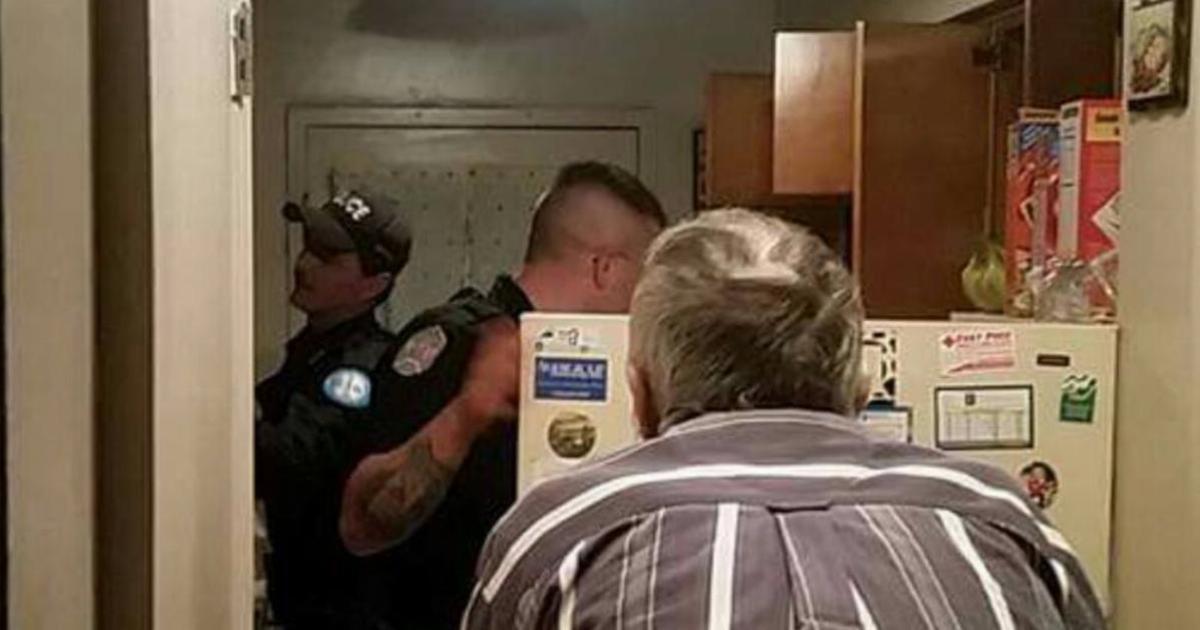 To live by yourself and take care of a household isn’t always easy, especially when you’re 79 years old and can’t do everything on your own.

But luckily, there are a lot of good people out there who recognize the value of protecting and serving our elderly.

This heartwarming story took place in January 2016, but it’s so nice that I thought I’d share here now. It’s about a group of caring police officers in Tennessee who took money out of their own pockets and set aside some time to help a 79-year-old man in distress.

Their sweet gesture deserves our greatest respect and it’s also an important reminder of what a fantastic job many police officers do every day.

It all started with a call to the local police station in Mount Pleasant, Tennessee.

The caller was an elderly man in the area. He had a simple, yet vital request that mobilized the entire station in minutes.

He asked if some officers could please bring some food to his apartment.

The man had lived for a long time in the small town of Mount Pleasant, located on the edge of Appalachia. The town is a scenic traditional village with about 5,000 inhabitants.

The people who live there depend on each other for support, and this situation was no exception.

The 79-year-old told police that he hadn’t eaten anything for days.

Unfortunately, the man had been robbed of his bank card by a former caregiver and couldn’t go out on his own in the harsh winter.

It’s unclear whether he has any family in the area, or if they were also trapped inside their homes as a result of the harsh weather.

Since the old man had no one to turn to, he called the police. And they were more than happy to help.

Besides fighting crime in the community, Mount Pleasant’s police department is involved in everything from supporting sports teams to campaigning for road safety.

And like in many other small towns, the officers’ faces are familiar to most people. Most likely, this was why the 79-year-old called the police station.

According to the Wayne County Now Facebook page, the officers bought enough food to fill the old man’s pantry for a month.

Four policemen took around $160 out of their own pockets, went to the store, and packed the fridge full of food.

And it was really lucky, because a few days later, another heavy snowstorm struck the town.

Meanwhile, the police department wanted to do something to help the 79-year-old in the long term. Officers there started a food pantry at the station just in case something like this happened again. And they also tracked down and arrested the caregiver who robbed the elderly man and took his bank card. What good cops!

If you also think these fine officers deserve a big pat on the back for their efforts, please share this article!