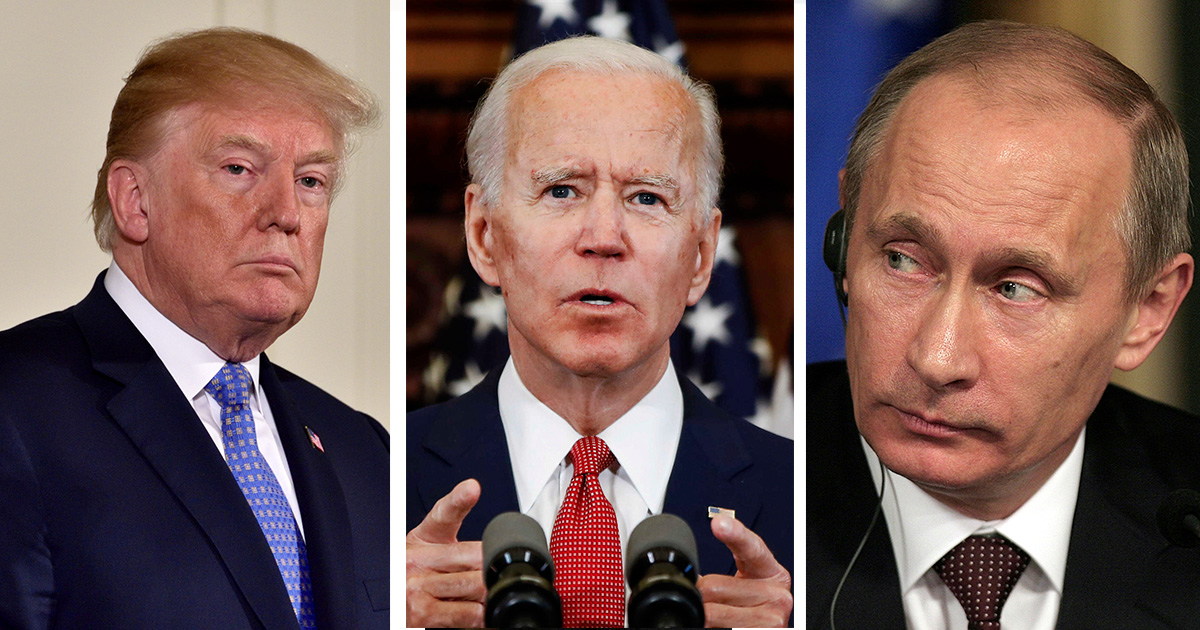 Trump’s meetings and phone calls with the Russian president were consistently scrutinized during the former president’s four years in office.

The former president‘s first impeachment trial accused him of abusing his power and obstruction of justice stemming from Trump’s use of pressure against Ukraine to carry out an investigation into Biden and his son.

A rough transcript of the a call made to Ukraine President Volodymyr Zelensky revealed Trump had urged him to investigate Biden as well as Biden’s son, a call that came shortly after Trump blocked the release of military aid to Ukraine.

Trump was cleared on two charges by a majority of senators at his first trial.

Questions continued to be raised over the extent of Russia’s interference in the 2016 election and whether there was any collusion between the two leaders.

Private conversations between the two leaders, of which there are said to be at least 16, according to the Washington Post, were fiercely guarded by Trump. But now Biden has access to the details of those conversations.

The calls could reveal whether Trump ever revealed sensitive information or struck any deals with the Kremlin leader.

“They don’t need our approval to see those [records],” a former Trump White House official said, as per Politico, referring to the new Biden national security team. “Biden owns all the call materials. There is only one president at a time.”

Despite times when Trump’s interpreter’s notes were scrapped, the Mueller report concluded in April 2019 that no criminal conspiracy between the two powers had been established.

“Special counsel Robert Mueller’s investigation did not find sufficient evidence that President Donald Trump’s campaign coordinated with Russia to influence the United States’ 2016 election and did not take a clear position on whether Trump obstructed justice,” according to the American Bar Association.

Following a 22-month investigation the special counsel found that Russia did interfere with the election, but “did not find that the Trump campaign, or anyone associated with it, conspired or coordinated with the Russian government in these efforts, despite multiple efforts from Russian-affiliated individuals to assist the Trump campaign.”

However, Mueller earlier said: “The finding indicates that the president was not exculpated for the acts that he allegedly committed. It is not what the report said.”

Do you think it’s right that President Biden now has access to the details of these conversations? Please leave your comments below and don’t forget to share this story.