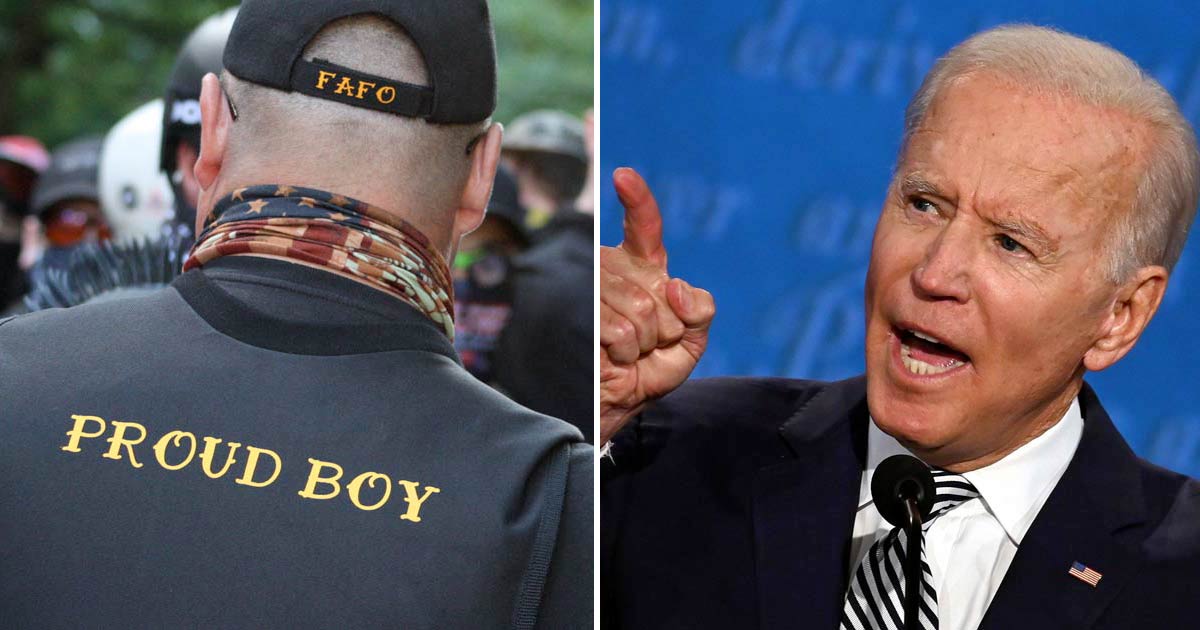 When President Joe Biden spoke during a town hall event on CNN on February 16, he said those who promoted white supremacist views were “demented” and “dangerous” people.

The President’s comments came after former president Donald Trump and his former legal adviser, Rudy Giuliani, were sued for conspiring with the far-right groups Proud Boys and Oath Keepers to incite the January 6 insurrection.

The lawsuit was brought by Mississippi Democratic Rep. Bennie Thompson and the National Association for the Advancement of Colored People (NAACP).

Thompson claimed in a statement that Trump’s “gleeful support of violent white supremacists led to a breach of the Capitol that put my life, and that of my colleagues, in grave danger. It is by the slimmest of luck that the outcome was not deadlier.”

While Speaking during a town hall event on CNN, on February 16th, Biden answered a question about how he was planning to deal with the threat of white supremacy, after the Capitol riot.

Biden answered by labelling white supremacists as “demented,” saying he believes they are the greatest domestic terror threat to the United States, according to The Independent.

Biden called the white supremacy ideology “a bane on our existence” and he defined members of groups such as the Proud Boys as ‘dangerous people.’

President Biden also talked about his commitment to a larger strategy to root out white supremacists, the President specifically mentioned the importance of focusing on the support that is growing for white supremacist groups among police officers and the military, some of whom were involved in the riot at the Capitol.

Many users on social media welcomed President Biden’s comments about white supremacy, while others criticized Biden for his choice of words.

The users meant that Biden used an outdated term associated with mental health to refer to racism in the country, as per The Independent.

“White nationalists aren’t racists because they’re mentally ill. They’re racist because they are the embodiment of the country’s most basic structures an impulses.”

President Biden also expressed his thoughts about how his predecessor’s refused to condemn white supremacists groups.

The comments were about former President Trump, who during a debate last September, told Proud Boys members to “stand back and stand by.” These words were interpreted by several members as a call to arms, as per The Guardian.