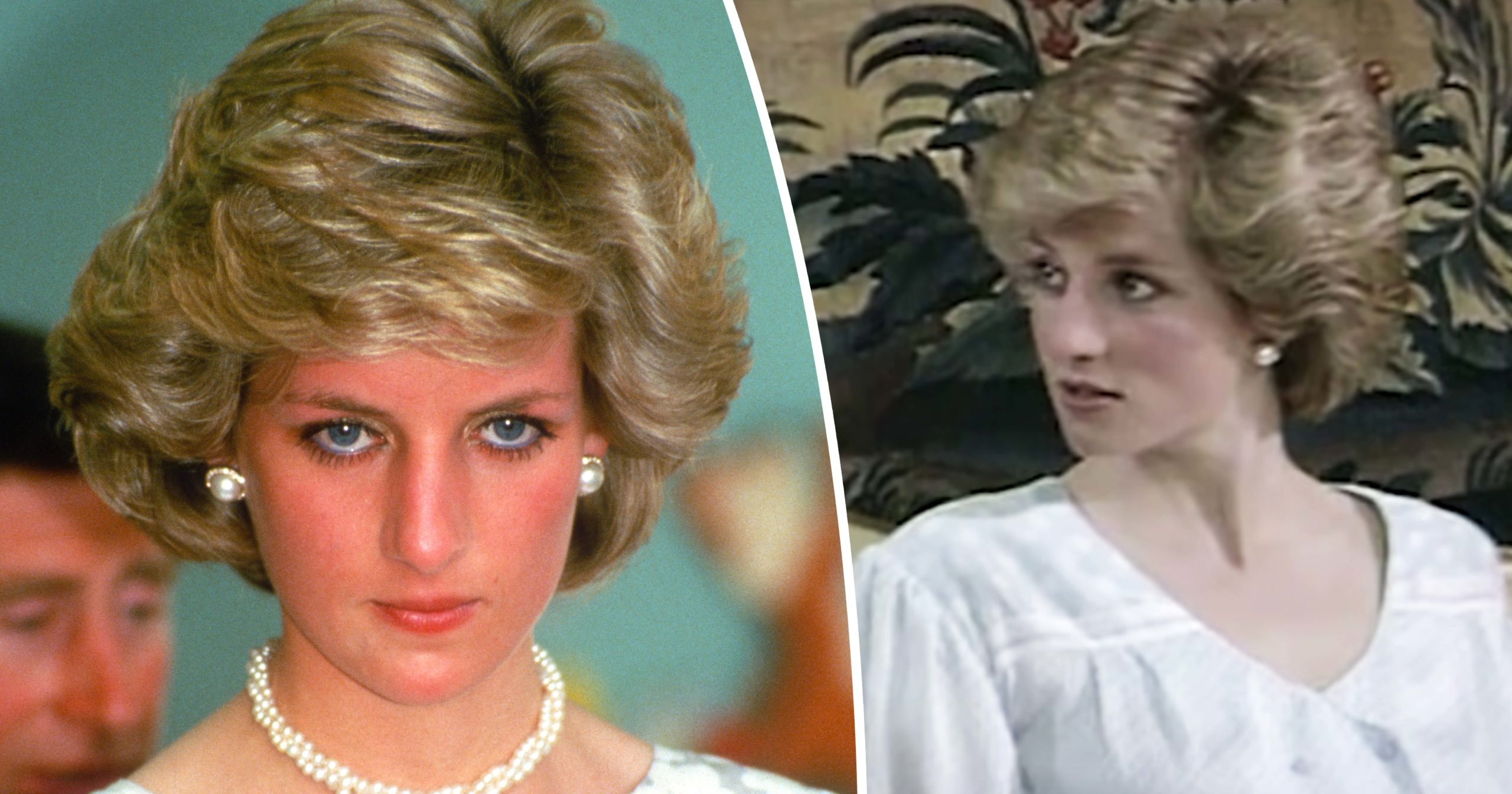 Princess Diana tragically passed away in a Paris car crash in 1997, aged just 36. Previous reports have suggested that Diana was afraid that the Queen and her son, Diana’s ex-husband, Prince Charles, were plotting to separate her from William and Harry just years earlier.

Diana’s former butler, Paul Burrell, kept many of the Princesses’s old letters. In some of them, Diana expressed fears for her life.

According to one letter, she even thought someone was planning a fatal “accident” involving her car.

Princess Diana tragically passed away in August of 1997 following a car accident in Paris. Her passing was a shock to an entire nation, and her sons, William and Harry, were left without a mother. The terrible car crash and the potential cause have been discussed and debated many times.

During large parts of her royal life, she was hounded by the paparazzi press. As a result, it’s not a stretch to say that Diana became the most photographed person in the world.

Everybody wanted their little piece of the princess. According to The Guardian, the paparazzi were offering up to $500,000 for grainy pictures of her.

Diana became a part of the Royal Family in 1981 when she married Prince Charles. The couple tied the knot in St Paul’s Cathedral in London, and royal faces from several countries were in attendance.

The following year, the pair welcomed a son, Prince William. In 1984, they were then blessed by the arrival of Prince Harry. By all accounts, the early years of the brothers’ lives were terrific.

Of course, Diana and her husband Charles had their fair share of problems during their marriage. Just years after marrying Diana, Charles is reported to have engaged in an affair with Camilla, who would later become his wife.

According to Prince Charles’ authorized biography, as quoted by Town & Country, their affair had started in 1986. At that time, Charles was still married to Princess Diana, and she found out about it.

In 1989, Diana confronted Camilla over the affair, effectively telling her to back off.

But it wasn’t just the fact that her husband was having an affair that troubled Diana. According to biographer Howard Hodgson, author of the 2007 book Charles: The Man Who Will Be King, she even feared that Queen Elizabeth and Charles wanted to separate her from her children.

“She was well aware that the Queen had the constitutional right and authority under common law to take control of both boys’ care and education,” Hodgson wrote, as quoted by Express.

Claimed they wanted to separate her from William & Harry

Hodgson added that Queen Elizabeth never intended to separate Diana from her sons. But Diana believed that the Queen and Charles “had already hatched such a plot and were only waiting for the right moment to execute it.”

Now, Princess Diana couldn’t have done anything if the Queen had decided to separate her from her sons; the law in question hasn’t been changed since 1772.

But Diana had a plan, according to Howard Hodgson. She thought her “best defense” against the Queen and Charles was to have the public’s support, and that the people would recognize that she was a good mother to Harry and William.

As a result, she was always delighted to be photographed with her two sons in public.

Interestingly, though, the fact that Diana was worried about her children being taken away from her apparently wasn’t the only fear she had. Just years before her death, she began to suspect there might be a plot to have her killed.

In 2003, Princess Diana’s former butler, Paul Burrell, revealed several letters he had kept from before Diana passed away.

Princess Diana letter claims someone was “planning an accident”

She had told him to hold on to her letters “just in case”, warning him of a plot to kill her in a car crash just ten months before she died. As per reports, Diana believed her death was being planned so that Prince Charles could remarry.

Diana predicted she would die through “brake failure and serious head injury.”

“I am sitting here at my desk today in October, longing for someone to hug me and encourage me to keep strong and hold my head high. This particular phase in my life is the most dangerous,” the letter read, as first reported by Daily Mirror back in 2003.

“XXXXX is planning ‘an accident’ in my car, brake failure and serious head injury.”

The newspaper at the time said that they knew the identity of the blacked-out name, but would not publish it for legal reasons.

“With the benefit of hindsight, the content of that letter has bothered me since her death,” Burrell told the newspaper.

Burrell – who also spoke recently as to why he believes Prince Harry really married Meghan Markle – said that he decided to disclose the content of the letters after his 2002 trial, in which he was accused of stealing them.

The trial collapsed not long after it had started, as it was revealed that he had told the Queen just after Diana died that he had taken many of her papers for safe keeping.

The passing of Diana was a national tragedy. Not long ago, an individual who found himself in the middle of the tragedy stepped forward.

Surgeon MonSef Dahman was working at a hospital in Paris at the time of Diana’s death – it was he who was in charge of trying to keep the princess alive.

In an interview with the Daily Mail, he told the story of what really happened that night.

“The thought that you have lost an important person, for whom you cared personally, marks you for life,” he told the British news outlet.

To begin with, Dahman wasn’t even supposed to have worked that night. He was a young duty general surgeon at the biggest hospital in France, and his wife was pregnant at the time. They were due to go on holiday, away from Paris, but since his wife was pregnant with the couple’s second child, they decided to stay.

Dahman recalled it being a “pretty easy” day. He was able to take some moments of rest and hadn’t been asked to perform any complicated procedures.

At approximately 12.23 am, Diana’s car crashed in The Pont de l’Alma tunnel in Paris, France. She received lengthy treatment by medics at the scene but suffered cardiac arrest while in the ambulance.

Didn’t know it was her

By six minutes past two in the morning, Diana had reached the hospital.

“I was resting in the duty room when I got a call from Bruno Riou, the senior duty anaesthetist, telling me to go to the emergency room,” Dahman told Daily Mail.

“I wasn’t told it was Lady Diana, but [only] that there’d been a serious accident involving a young woman.”

Dahman was 33 years of age at the time. When he arrived from the restroom, located about 50 meters from the emergency department, he understood how serious things were.

And as he walked into the room, he was informed that the person lying on the stretcher was Princess Diana.

“It only took that moment for all this unusual activity to become clear to me,’ he recalled.

“For any doctor, any surgeon, it is of very great importance to be faced with such a young woman who is in this condition. But of course even more so if she is a princess.”

Upon Diana’s arrival at the hospital, she underwent an X-ray that revealed she had suffered severe internal injuries. As a result, she immediately received a blood transfusion.

Princess Diana’s heart would not restart

Just 15 minutes after arriving, Diana suffered another cardiac arrest. Dahman performed a surgical procedure, but the Princess’s injuries were too grave.

Her heart simply would not restart.

“We tried electric shocks, several times and, as I had done in the emergency room, cardiac massage,” Dahman explained.

“Professor Riou had administered adrenaline. But we could not get her heart beating again.”

Dahman and his medical team fought to keep Diana alive. But in the end, there wasn’t much they could do. He explained that the hospital – Pitié-Salpêtrière – was one of the best centers in France for these types of emergencies, and saving people brought in made him “happy and proud.”

In Diana’s case, he felt hope at the beginning. But ultimately, they couldn’t save her.

“We fought hard, we tried a lot, really an awful lot,” he said.

“We couldn’t save her”

“Frankly, when you are working in those conditions, you don’t notice the passage of time. The only thing that is important is that we do everything possible for this young woman.”

“We could not save her. And that affected us very much.”

Every year as August approaches, MonSef – who now works as a surgeon in the French town of Antibes – thinks about that terrible night at the hospital in 1997.

Like millions of people around the world, he watched the funeral.

“I don’t go back to it all the time because a lot of years have gone by,” he told Daily Mail.

“But every time a new book [about Diana’s death] has come out [in France], it has been sent to me. So I have a collection of such books, unfortunately.”

Princess Diana passed away far too early in her great life, and we still miss her very much.