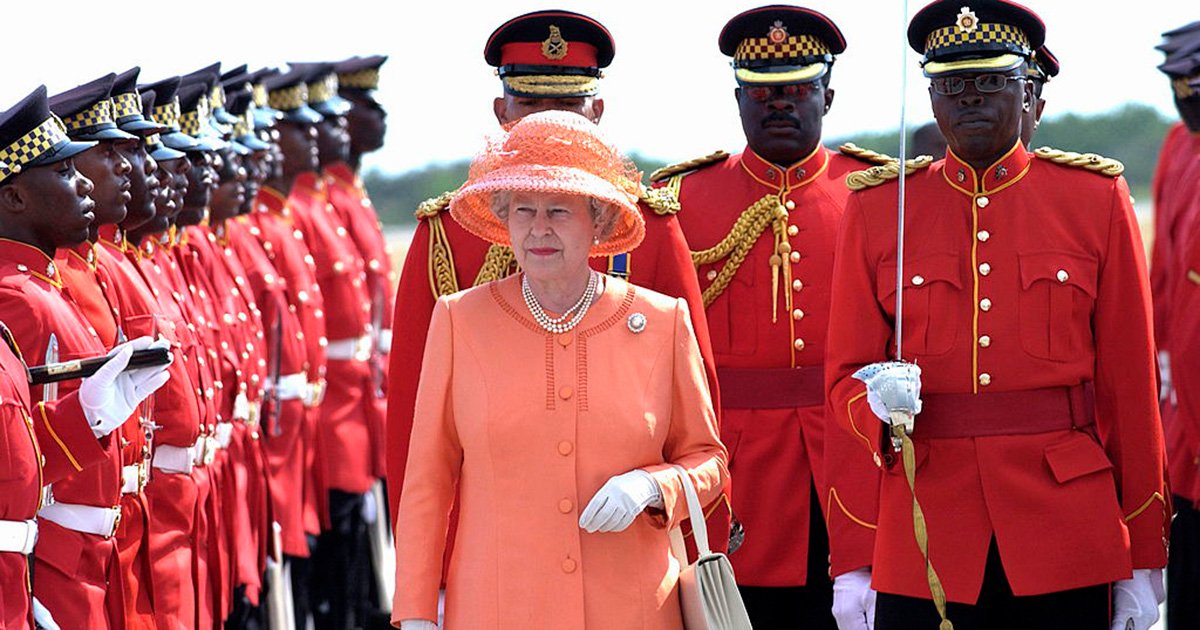 Yesterday truly marked the end of an era, as Queen Elizabeth II, the oldest and longest-serving monarch in UK history, died at the age of 96.

For most people in the UK, it was a day of mourning and sadness. Elizabeth II was on the throne for 70 years, so she was the only monarch most people have ever known. For decades, the Queen represented a beacon of British stability and tradition during difficult times, spanning from World War II to the coronavirus pandemic.

People in the United States don’t have that same connection with Her Majesty, but the Queen was ready to pay tribute to her allies across the pond when they needed it most.

In the aftermath of 9/11, Queen Elizabeth II broke 600 years of tradition to stand in solidarity with the US.

September 11, 2001 was a day of shock and heartbreak that no one will ever forget. The attack on the World Trade Center in New York City, and the Pentagon in Virginia, marked the deadliest terrorist attack in history, claiming the lives of nearly 3,000 people, including hundreds of police and firefighters.

The event was met with shock and grief, especially in the US but also to the country’s allies around the world.

The heartbreak was felt by American expats living overseas, who watched their home country be forever changed in an instant.

In the days following 9/11, nations around the world found ways to show their respects and solidarity with the US. And the UK’s most poignant display came at the request of the Queen herself.

You’re probably familiar with the Changing of the Guard ceremony at Buckingham Palace. The traditional ceremony occurs several times a week, as the Queen’s Guard, in their iconic red uniforms and tall hats, change shifts at the royal residences accompanied by music.

The ceremony has been going on for hundreds of years, rarely breaking from a rigid, traditional protocol. That applies to the music: the band almost always plays traditional British songs and popular songs of the time.

But on September 13, 2001, 600 years of tradition was changed, all at the request of Queen Elizabeth: she requested that the “Star Spangled Banner,” the US National Anthem, be played during the changing of the guard.

National anthems have traditionally only been played during official state visits to honor visiting dignitaries, according to The Sun. However, the Queen asked that the US national anthem be played as a show of solidarity with the United States during this dark hour.

Over 5,000 people were gathered at Buckingham Palace that day, including a number of American expats. As the “Star-Spangled Banner” was played by the Coldstream Guards, many of the crowd began to sing along.

After the national anthem was played, Prince Andrew led the troops in a formal salute. The following day, a memorial service for the victims of 9/11 was held at St. Paul’s Cathedral.

‘Grief is the price we pay for love’

It was a truly moving tribute to the United States by Queen Elizabeth and her palace guards, and the moment has not been forgotten over 20 years later.

In his official statement following the Queen’s death, US President Joe Biden and First Lady Jill Biden remembered the monarch’s solidarity with the US.

“She stood in solidarity with the United States during our darkest days after 9/11, when she poignantly reminded us that ‘Grief is the price we pay for love,’” the White House statement reads.

President Biden also paid a visit to the British Embassy in Washington, DC yesterday, paying tribute to the Queen and sending his condolences to the people of the UK. “In a world of constant change, she was a steadying presence and a source of comfort and pride for generations of Britons, including many who have never known their country without her,” Biden wrote.

The United States and England have long been close allies, enjoying a close diplomatic partnership that is known as the Special Relationship.

But it is moments of massive shock and tragedy like 9/11 that really bring the two powers together in solidarity. In the years since the attacks, Queen Elizabeth continued to voice her support for the victims of the attack.

More shows of support for 9/11 victims

The Queen has a garden in New York City that pays tribute to the victims of 9/11, which opened in 2010. After her death, many New Yorkers visited the site to mourn her.

And last year, on the 20th anniversary of 9/11, the Queen issued a statement in which she prayed for the victims and survivors of 9/11.

“My thoughts and prayers — and those of my family and the entire nation — remain with the victims, survivors and families affected, as well as the first responders and rescue workers called to duty,” she said in a message to President Biden.

“My visit to the site of the World Trade Center in 2010 is held fast in my memory. It reminds me that as we honor those from many nations, faiths and backgrounds who lost their lives, we also pay tribute to the resilience and determination of the communities who joined together to rebuild.”

Marking the 20th anniversary, “The Star Spangled Banner” was again played at the changing of the guard, followed by a moment of silence, according to BBC.

Queen Elizabeth II died on September 8, ending a historic, 70-year reign on the throne — the longest of any monarch in UK history.

The news followed reports about the Queen’s failing health, as doctors said they were “concerned” and royal family members rushed to be by her side at Balmoral, the family’s estate in the Scottish Highlands.

In a statement the family said the Queen “died peacefully.” A cause of death has not yet been announced.

Her passing marks the end of an era. Her son and heir, Charles, immediately became King, and will be known as King Charles III.

At the time of her death, she was the oldest and longest-serving head of state in the world, and one of the last remaining ties to an earlier time in world history. Queen Elizabeth’s decades of service date back to the days of World War II. She met with 15 UK Prime Ministers, from Winston Churchill to the newly-appointed Liz Truss.

Born April 21, 1926, Elizabeth was unexpectedly put into the line of succession after the abdication of King Edward VIII, when her father King George IV acceded to the throne in 1936.

When her father died in 1952, Elizabeth, then just 25, became Queen. Her coronation in 1953 was the first to be televised, and drew unprecedented public attention.

Her 70-year reign oversaw many of the most significant moments of the 20th and 21st centuries, and significant geopolitical changes to the UK, from decolonization to Britain’s departure from the EU.

But through it all, Queen Elizabeth II never wavered in her duties. She was regarded as a loved and respected head of state who represented a beacon of British stability for decades.

Rest in peace, Queen Elizabeth II. Her unprecedented show of solidarity to the US after 9/11 serves as a reminder of what kind of person she was.

As we continue to mourn the Queen and mark the 21st anniversary of 9/11, this story resonates now more than ever.