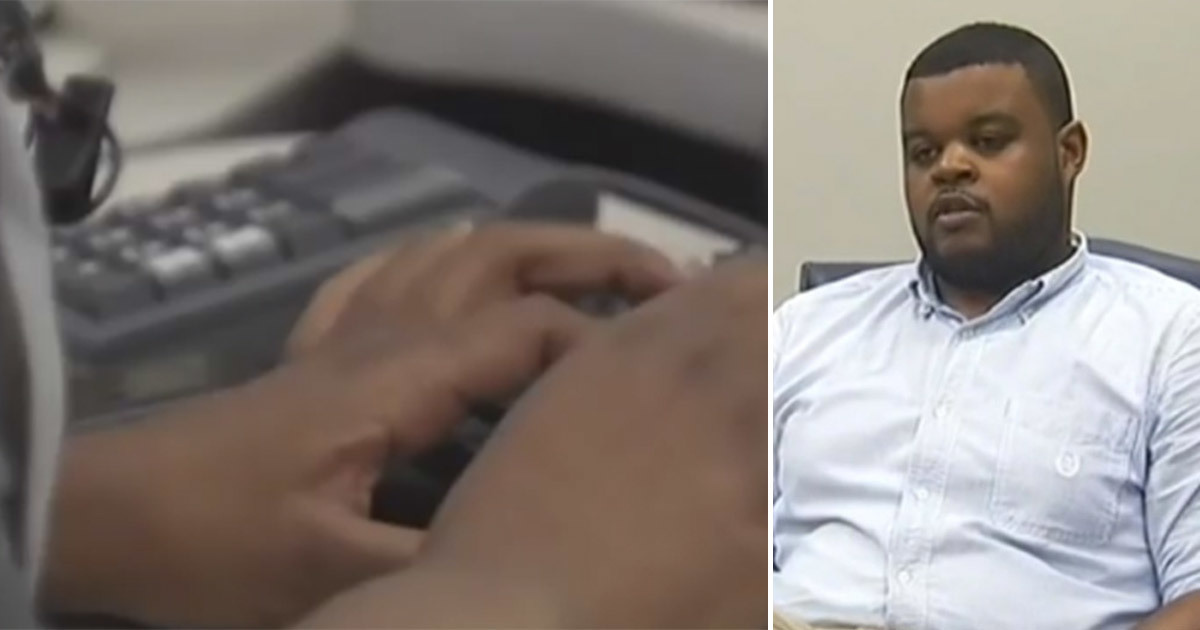 In late 2015, a woman in the United States was kidnapped and beaten by a strange man.

To make the assault even more nightmarish, the rapist forced his victim to phone her boyfriend so that he could listen to the horrendous attack over the phone.

But the perpetrator did not notice when the woman hit 911 instead of dialing her boyfriend – and thankfully, the dispatcher on the other line immediately caught on.

When operator Deonte Smith responded to the call, he heard the panicked woman refer to him as her “boyfriend”, and understood immediately that it was a desperate ploy for help.

“You have two seconds to think, that’s all,” Deonte Smith told WSBTV.

He fooled the offender by talking to the woman as if he was her boyfriend.

Deonte knew he needed to stay calm and collected in order to save the woman’s life, despite the terrible attack that was happening on the other side of the telephone line.

At one point he even got to talk to the perpetrator – and tried to convince him to stop the assault.

Meanwhile, Deonte managed to locate the crime scene and promptly sent the police there.

When police arrived at the scene, the perpetrator was still there – and they arrested him on the spot.

But this story could have taken a completely different turn. Had the woman called 911 a few seconds later, Deonte would have been on break – and since he was the only male operator on duty that night, a woman would have instead picked up and thus be unable to play the victim’s boyfriend.

“I’m glad I was there to help her,” says Deonte who does not think he should be called a hero.

“She saved her own life with her quick-thinking,” Deonte told WSBTV.

Watch this news report about operator Deonte who rescued a woman with his quick thinking:

Thank goodness that there are heroes like Deonte out there. Please share the story with your friends if you agree he deserves praise for his quick-thinking!