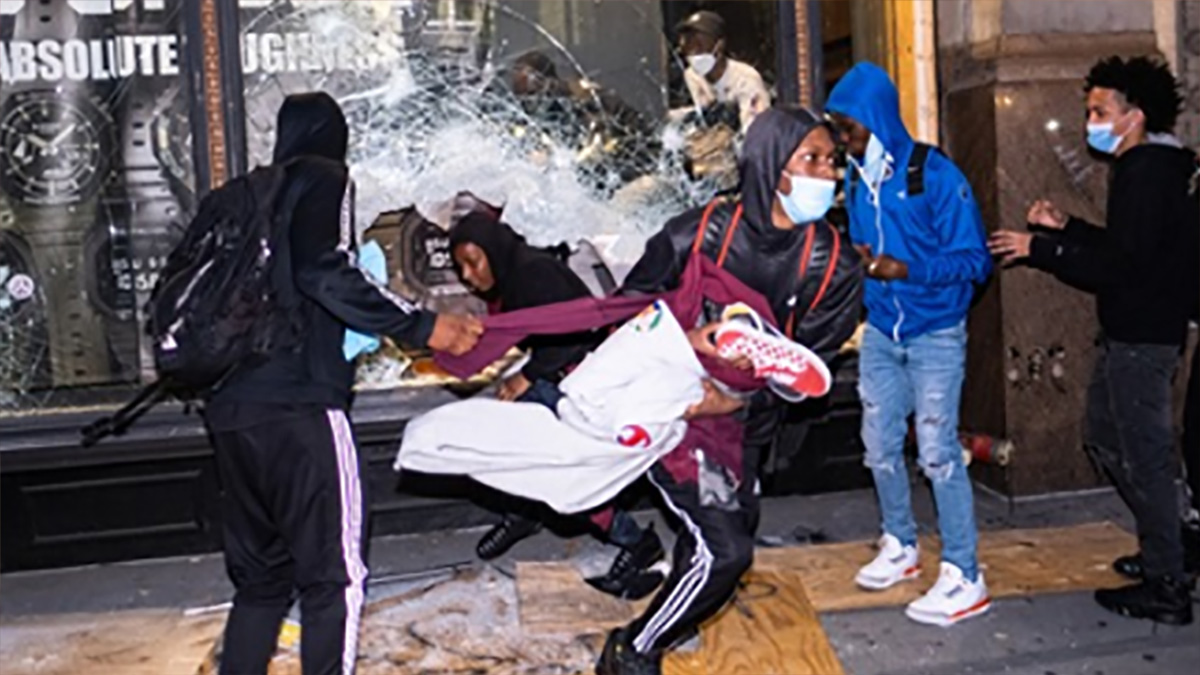 Protests over police brutality and racial injustice continue across the nation with many of them turning violent.

Images of store windows being smashed and rioters stealing goods are dominating our media right now.

The protests were sparked by the killing of 46-year-old George Floyd on May 25 who died after a police officer knelt on his neck during an arrest over an alleged counterfeit $20 bill.

His death sparked protests across the country and five days later Chicago saw one of the most deadly weekends in its history as protests escalated and resulted in 85 people shot, 24 fatally, according to NewsWeek.

Now one congressman wants to introduce a bill that would see rioters and looters lose their federal unemployment benefits if caught.

They would also be forced to pay for extra policing needed at protests under the new bill, being put forward by congressman Jim Banks.

The “Support Peaceful Protest Act” would punish those caught rioting and looting by stopping access to the benefits that have been made available during the COVID-19 pandemic, including additional unemployment benefit.

“Antifa thugs are descending on suffering communities, disrupting peaceful protests and leaving violence, looting and vandalism in their wake,” Indiana Rep. Jim Banks said as per the New York Post.

“Many of these people are not working,” said the congressman in an interview with 93.1FM WIBC.

“They have the time to show up every day at some of these violent protests like in Washington, D.C., and they’re getting $600 a week of unemployment to do it, and that’s got to stop.

“We need to cut them off from their funding and make them feel the full financial consequences of their actions.”