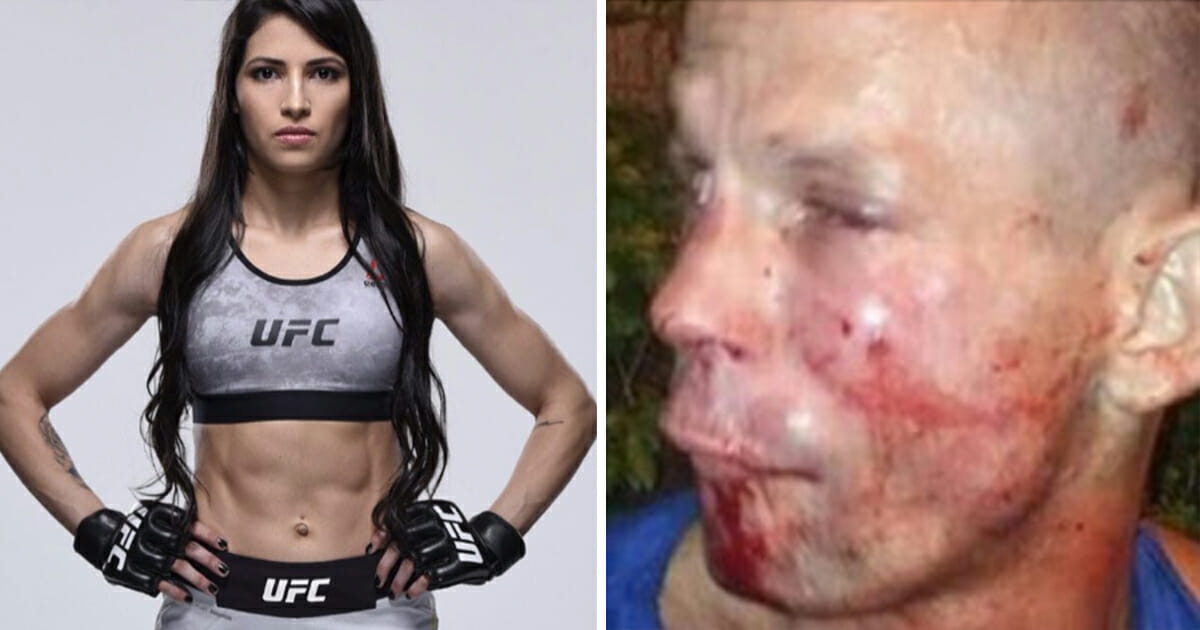 It seems hardly a day goes by without the news reporting of some assault taking place after dark, or else people falling prey to others who wish to do them harm.

One need only turn on the TV to see what I’m talking about. Setting foot in certain places at certain times can be a dangerous practise – I myself rarely stray from busy streets that I’m familiar with.

For Polyana Viana, however, life is very different. She’s one 27-year-old female you really don’t want to mess with.

A Brazilian MMA fighter signed to the UFC (Ultimate Fighting Championship), she boasts an impressive 10-2 record inside the cage. A lot of her victories have come via submission, but she’s no stranger to throwing punches and kicks at people intent on hurting her.

In short, she’s about as far away from a pushover as you can possibly be. On Saturday night, a would-be robber found that out the hard way …

As Viana herself explained to MMA Junkie, she was waiting for an Uber outside of her apartment in Rio de Janeiro, when a man approached her and asked for the time.

After a short while the alarm bells began to ring, and she soon realized that the man had intentions other than simply finding out the time.

As per reports, Viana said: “When he saw I saw him, he sat next to me,” He asked me the time, I said it, and I saw he wasn’t going to leave. So I already moved to put my cell phone in my waist. And then he said, ‘Give me the phone. Don’t try to react, because I’m armed.’ Then he put his hand over (a gun), but I realized it was too soft.

He was really close to me. So I thought, ‘If it’s a gun, he won’t have time to draw it.’ So I stood up. I threw two punches and a kick. He fell, then I caught him in a rear-naked choke. Then I sat him down in the same place we were before and said, ‘Now we’ll wait for the police.’

Fortunately, Viana was able to hold the man until the police arrived, at which point it became apparent the ‘gun’ was no gun at all, but rather a cardboard cutout designed to intimidate.

Well, I suppose if you play with fire, you’re going to get burned.

Thank God Viana knew what she was doing and was in a position to adequately defend herself when the situation arose!