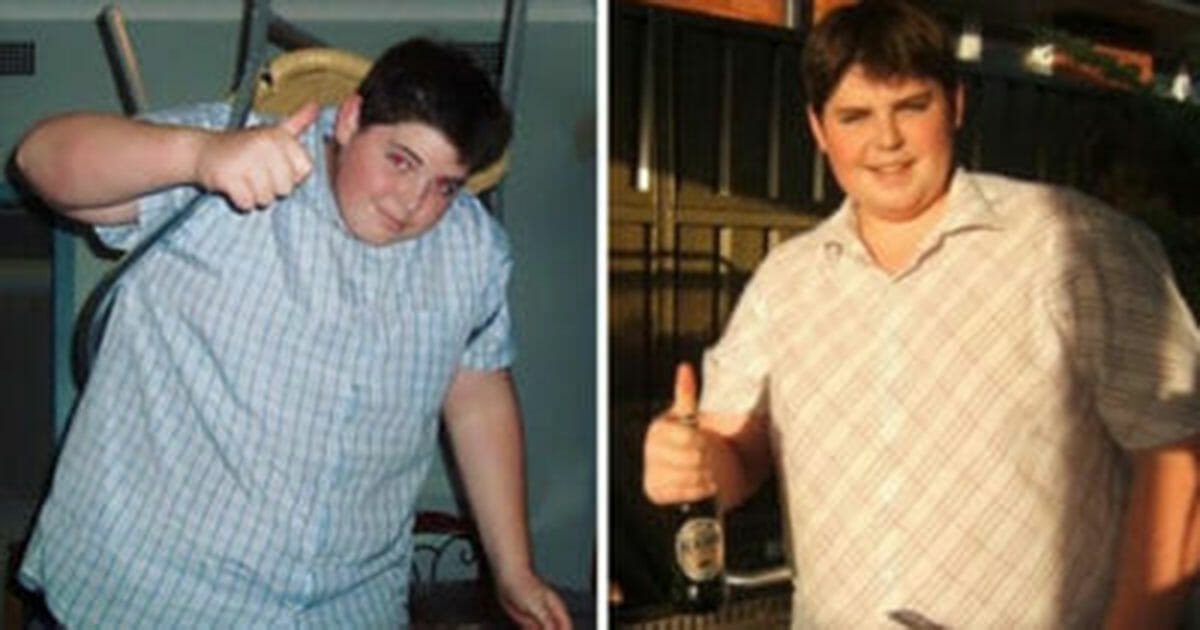 In 2008 Sam Rouen won the third season of The Biggest Loser, a reality show competition that challenges contestants to lose the most weight possible in a few weeks.

Sam was only 19 years old at the time, but he weighed 340 pounds. By the end of the show he had lost an unprecedented amount of weight — 157 pounds.

Fortunately, Sam is still on the healthy road he started down during the show. Today, Sam is 29-years-old and works as a firefighter. And when you see the pictures of him now, you’ll definitely be impressed at what his hard work has accomplished!

“…10 years hey. What a time. So much has happened, good, bad, everything between. Highest highs and lowest lows. All I know is I’ve got some amazing people in my corner and I’m unconditionally appreciative of that,” says Sam.

Sam has also found love and has posed in a charity calendar featuring “hot” firefighters. He uses his platform to encourage exercise and healthy eating habits.

Although he has transformed completely since 2008, he remembers his previous life and his struggle with obesity.

“I’m still extremely self-conscious,” he says. “I still don’t like taking my shirt off, even at the beach,” Sam shared with the Australian Daily Telegraph.

Sam’s journey is an inspiration and he shows all of us what can be achieved with hard work and commitment.

Take a look at his amazing transformation and see what he looks like today!

This is Sam Rouen before joining Biggest Loser and before he became a fireman.

He was always heavy and had obesity issues during his childhood, but it escalated in his early teens.

In 2008, he participated in The Biggest Loser to get rid of the extra weight and to change his life.

He went from weighing 340 pounds …

Since then Sam has maintained his healthy lifestyle. For 10 years, he has been exercising regularly and eating well.

“I’m addicted to working out now, I definitely love running and working out with my brother,” says Sam.

Sam has also fulfilled his childhood dream: to become a firefighter.

He has modeled for several calendars.

Talk about the difference 10 years makes …

He has also found the love of his life, Dani — and they’re engaged!

Despite his impressive physique, Sam is still humble and down to earth.

It’s clear that those tough years — when he was overweight — still impact him today.

“I still don’t like taking my shirt off, even at the beach,” says Sam.

Sam’s journey is truly inspiring and shows that it’s actually possible to change your life, even if it feels almost impossible at the time

When we see his transformation, we’re reminded that NOTHING is impossible!

“You can be at your lowest point and, with a bit of hard work and persistence, you can turn it around and fulfill your dreams,” says Sam.

Watch the video below to see Sam’s incredible transformation in motion!

For all his hard work, Sam deserves his new life and I want to congratulate him!

It takes courage, fortitude, and self-discipline to succeed with weight loss long-term and I hope that Sams’s story can inspire more people who want to start to exercise, diet, and change their lives.

Please share Sam’s story so that more people have the opportunity to be impressed and inspired.

Don’t forget to press the like button if you want to congratulate Sam!