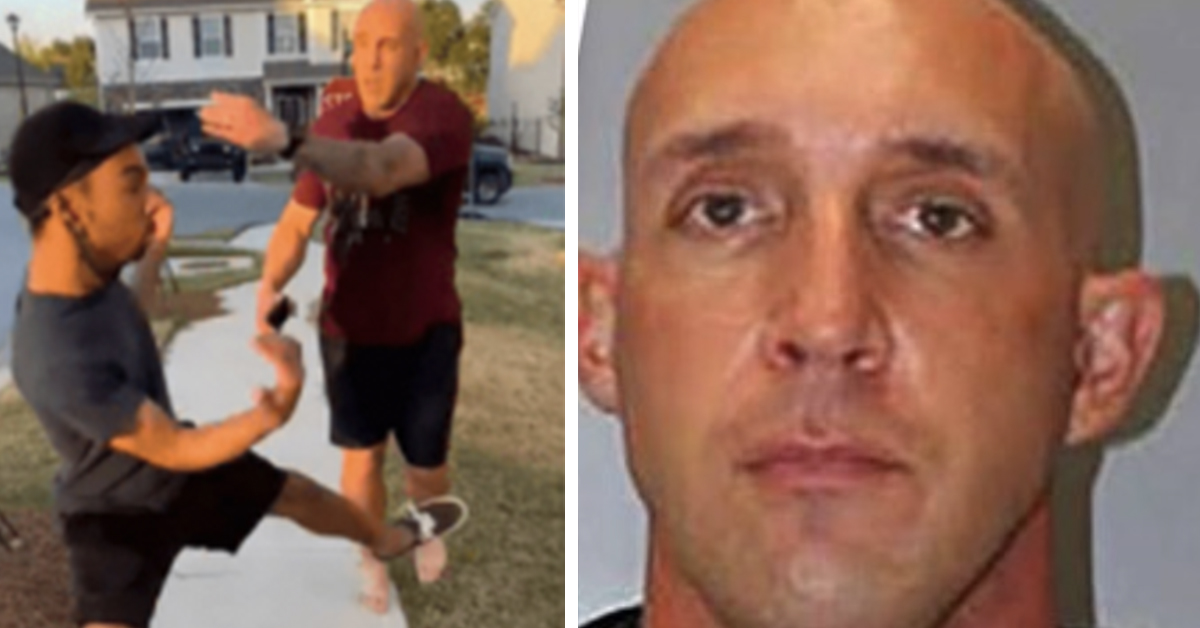 The White Army officer caught on camera accosting and shoving a Black man has been suspended from his job as a drill sergeant after being charged with assault.

Jonathan Pentland was seen in a now viral video threatening the young man as he walked down the street saying: “You’re in the wrong neighbourhood, motherf*cker!”, before pushing him so hard he almost falls to the ground.

The incident took place outside the 42-year-old Pentland’s home in Summit, South Carolina, on Monday, April 12.

The short video clip, which was uploaded to Twitter and viewed by millions, shows the young man repeatedly say “I didn’t do anything,” to Pentland who responds with “I’m about to do something to you,” before shoving him.

Pentland, standing on the sidewalk, can be heard saying to the other man, identified as Deandre: “I ain’t playing with you. … I’m about to show you what I can do.”

The Army officer was charged with third-degree assault and now he’s been suspended from his job at Fort Jackson, the MailOnline reports.

A Fort Jackson spokesperson confirmed he had been suspended from duties until the matter was resolved by the Department of Justice.

Commander Brig. Gen. Milford Beagle, Jr. said: “Soldier conduct on and off duty must be exemplary to retain the trust of our communities and our nation.

Dozens of Black Lives Matter protesters showed up at Pentland’s home forcing police to move him and his family to another location and close the neighborhood to non residents.

Jasmine James, who lives in the neighborhood, said she “came out today as I wanted to make my voice heard, so people know this is not OK. We are simply trying to exist and be a part of America like everyone else,” as per CBS News.

“We can no longer stand by and let it happen,” she added.

I’m disgusted at the way this young man was treated; his calm response to the man harassing, abusing, and shoving him is exemplary considering what he’s being subjected to.

I hope justice is served and he is not allowed to be in charge of other young people in his job if this is how he behaves.