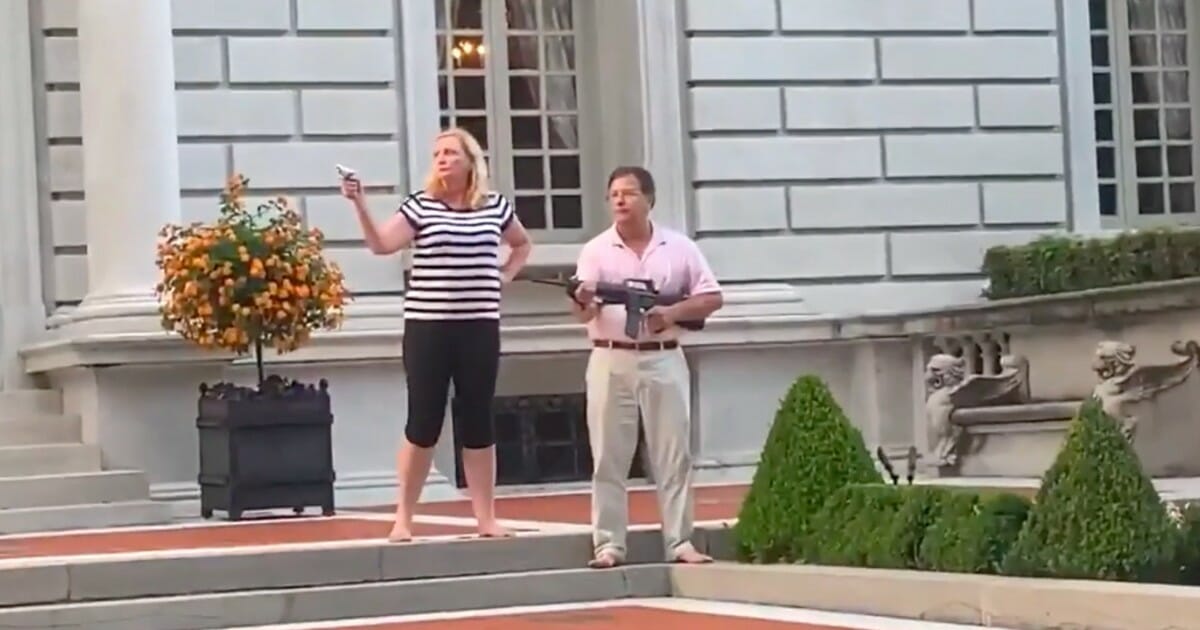 It’s been 5 weeks since George Floyd was killed while in police custody, and protests against police brutality have not let up, proving that the Black Lives Matter movement we are witnessing is more than just a moment in time. It’s only the beginning.

During a protest in St. Louis Sunday night, a group of protestors marched through an upscale neighborhood and were met by a couple, who have been identified as Mark and Patricia McCloskey, according to KSDK.

The couple, who are lawyers, pointed pointed weapons at the protestors.

The group of protestors were reportedly on their way to the mayor’s home.

The protestors entered the gated community with the intent to march towards Mayor Lyda Krewson’s house and call for her resignation.

Residents recently became angry after she allegedly doxxed protestors who want to defund the police.

Krewson issued an apology Friday night, but many did not find it sufficient.

“I would like to apologize for identifying individuals who presented letters to me at City Hall as I was answering a routine question during one of my updates earlier today. While this is public information, I did not intend to cause distress or harm to anyone.”

Multiple photos of videos of the incident ended up on social media.

John Amman, a Saint Louis University Lawyer, told KSDK, that the couple’s actions could be classified as assault. While people have a right to threaten the use of force, they can only do so if they are being threatened.

And in this case, the protestors were walking by their home.

In some videos you can hear people telling the group to keep moving.

Aldridge was in the crowd marching past the McCloskey home.

“So them coming outside with an AK and a small gun, I was shocked, because the thing is you don’t know if they accidentally or purposely came outside,” he said. “They could have stayed inside.”

No one should feel threatened, but absolutely no one should threaten another human with unreasonable force.